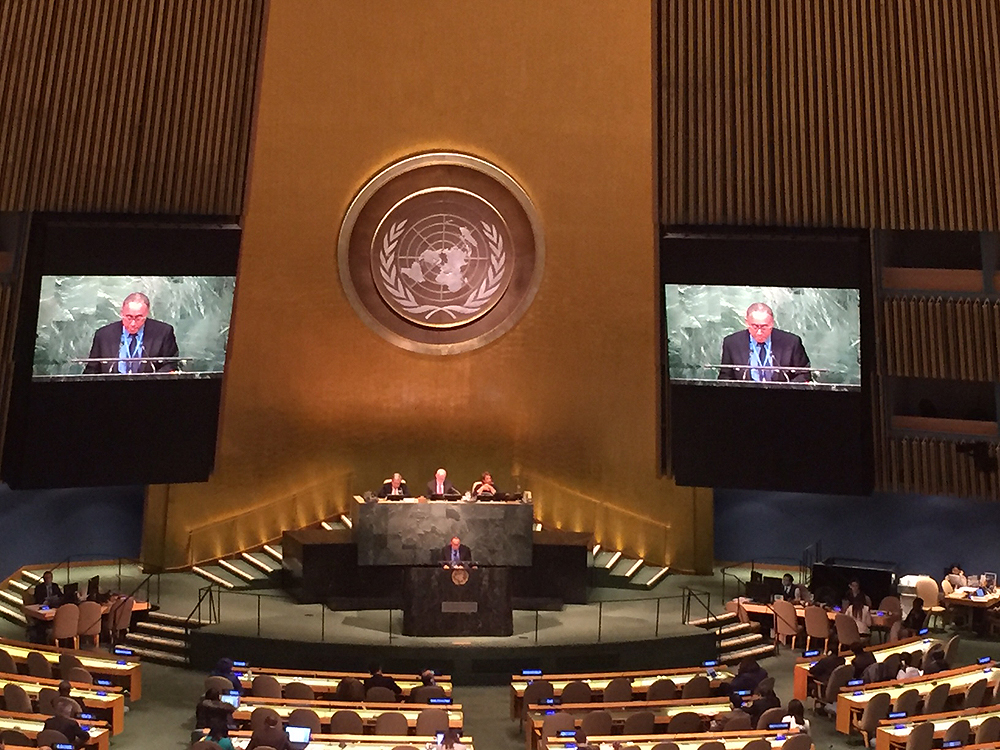 The transatlantic slave trade was the largest forced migration in history, and undeniably one of the most inhumane. The extensive exodus of Africans spread to many areas of the world over a 400-year period and was unprecedented in the annals of recorded human history, according to the U.N. As a direct result of the transatlantic slave trade, the greatest movement of Africans was to the Americas — with 96 per cent of the captives from the African coasts arriving on cramped slave ships at ports in South America and the Caribbean Islands.

This year’s theme, “recognizing the legacy and contributions of people of African descent,” was fulfilled by acknowledging the sordid past of slavery while honoring the contributions of its survivors and descendants. Malaysia, Romania, Sri Lanka, Norway, Moldova, Germany, Equatorial New Guinea, Cuba and the United States were among some of the nations represented at the program.

UN President Thomson described slavery as “a practice of unfathomable cruelty and callousness” and called for a renewal of “our determination to ensure that this dark scar on humanity’s history – this crime against humanity – is not repeated ever again.” President Thomson’s comments urging the commitment to end “all vestitures of modern forms of slavery, including human trafficking, forced labor and child labor,” were echoed in the speeches of other representatives.

Antonio Gueterres, of Portugal, the UN Secretary-General, urged the General Assembly to remember their countries’ roles, while acknowledging the responsibility of his own country “in carrying out the largest forced migrations in history.” 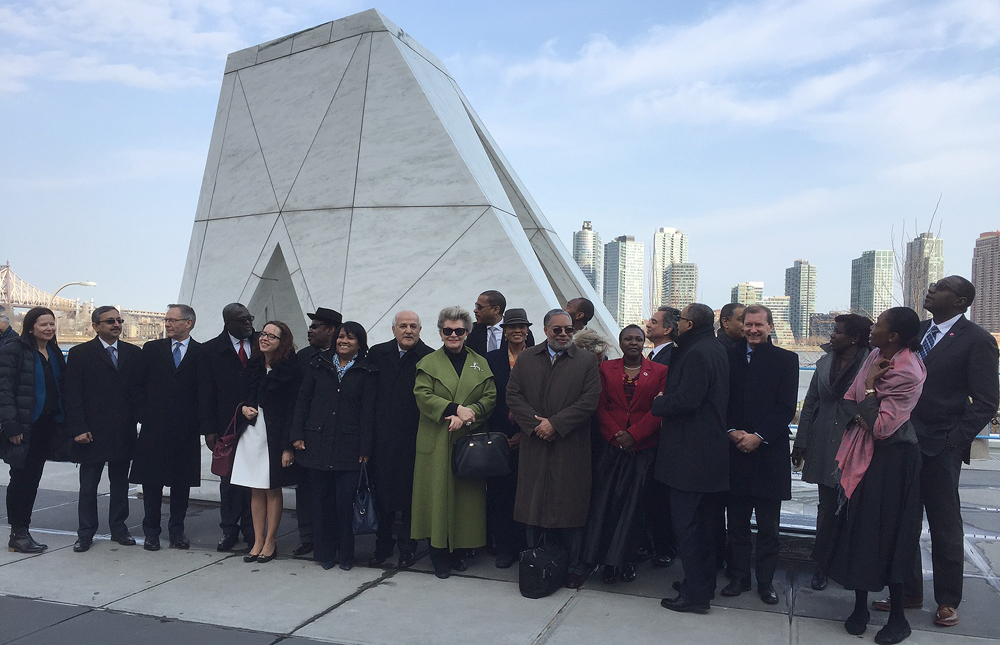 UN Ambassadors and attendees and various officials in front of The Art of Return. Picture by Kadia Goba.

Consistent with the theme of recognizing the contributions of African Americans, Gueterres acknowledged the life and work of St. Lucian poet and playwright, Sir Derek Walcott. “In poems and in writings, he confronted the brutality of slavery and the legacy of colonizing.” Walcott, who was awarded the 1992 Nobel Prize in Literature, died March 17.

Invited guests filled the fourth-floor seating area of the General Assembly Hall. Debra Goodridge, 55, a former staff member of the United Nations Development Programme and a Hunter College alumnus, said she attended the event because “it was an opportunity to honor and remember my mother’s ancestors who were Black Loyalists, slaves who fought with the British during the Revolutionary War and who were later evacuated to Nova Scotia, Canada.” 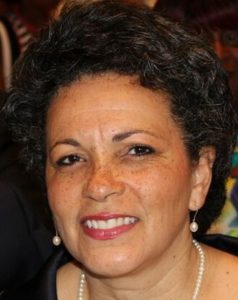 Dr. Lonnie G. Bunch III, founding director of the Smithsonian’s National Museum of African American History and Culture in Washington, D.C., gave the keynote statement. “Remembering slavery calls for a paradigm shift that helps to redefine the public’s notions about the lives of the men and women who were enslaved,” he said.

Dr. Bunch, along with Jorge Skinner-Klee of Guatemala and other UN constituents, gathered outdoors in the UN’s Visitor’s Plaza for a brief photo op in front of the The Ark of Return – the permanent UN monument to commemorate the Victims of Slavery and the Transatlantic Slave Trade. It was designed by Haitian-American architect, Rodney Leon. The illuminated Pepsi-Cola sign across the East River ironically flanks the rearward of the monument, reverberating the assertion of representative Jose Luis Rocha’s of Cabo Verde that slavery “lead the way to capitalism.”

“The museum has allowed millions of people to come together and understand who they are through the lens of the African American’ experience,” said Dr. Bunch when asked by this reporter how the opening of the National Museum of African American History and Culture helped to shape his keynote statement.

On September 24, 2015, former President Barack Obama, gave the inaugural address during the museum’s opening ceremony. Since its inception, the museum’s immense popularity has been cited in news publications throughout the world. “We’ve had 50,000 requests from schools around the world,” Dr. Bunch said proudly.

Asked how the museum intends to accommodate the growing demand of school interest, especially those from out of town, Dr. Bunch said, “There are a lot of online curricula activities for students” and “my goal is that the museum will be there forever, so we’ll have time to get everybody in.”

While Dr. Bunch confirmed that visits by former President Obama and Oprah Winfrey drew the most excitement and news attention, he said he was also moved by the museum’s recent initiative to introduce NBA to the museum. He marveled at the transformation of athletes who initially enter the museum with indifference only to realize the institution has “helped them understand who they are.” 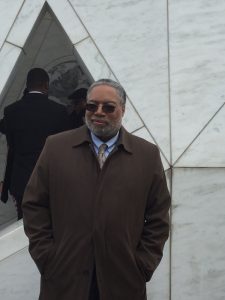 During the festivities, this reporter spoke to Dr. Daramola Cabral, SUNY Empire State College Professor of Health Sciences, about her motivation for attending. “It’s been a long history. I grew up during the movement when we were bringing in Black Studies into the United States,” she said.

A graduate of the University of California, Berkeley, Dr. Cabral recalled the sentiment of the early 1970s and the growing movement “addressing how important it was to study ourselves.” Dr. Cabral has combined her interest in Black Studies with her expertise in epidemiology to focus on health disparities surrounding cancer – “specifically comparing outcomes of Africans born in the United States versus those who are foreign born,” she said. 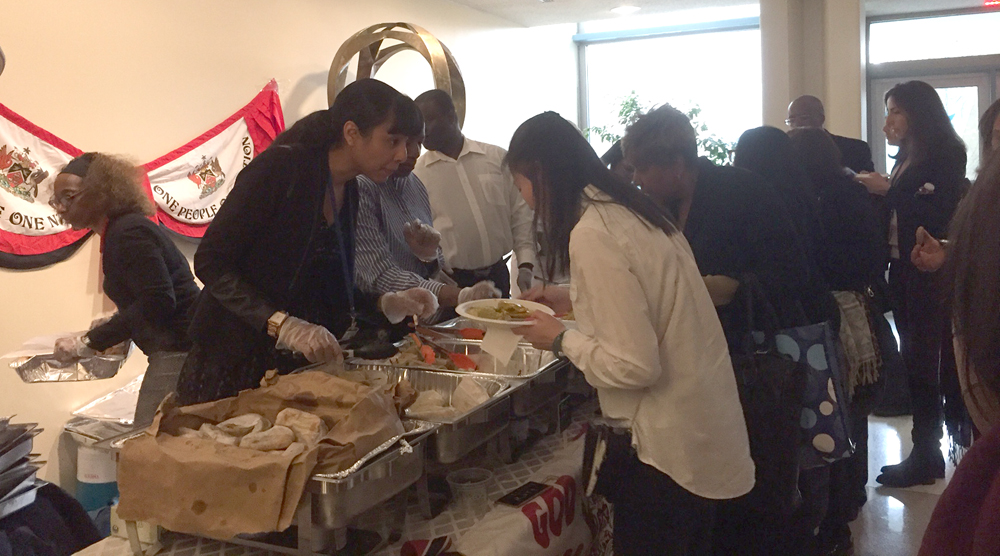 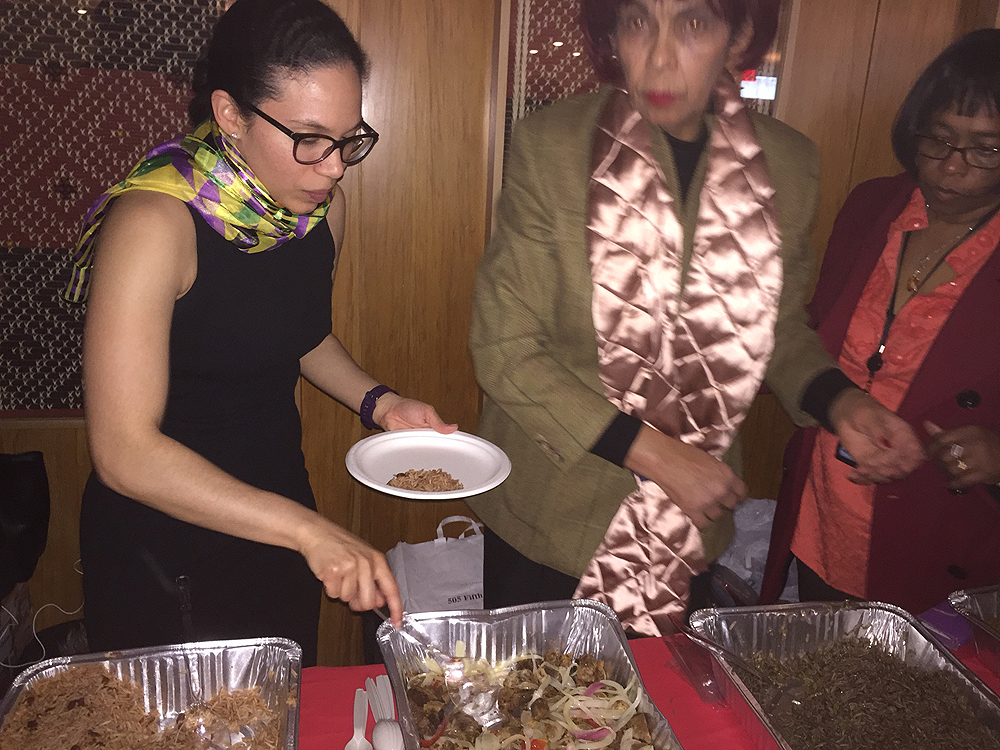 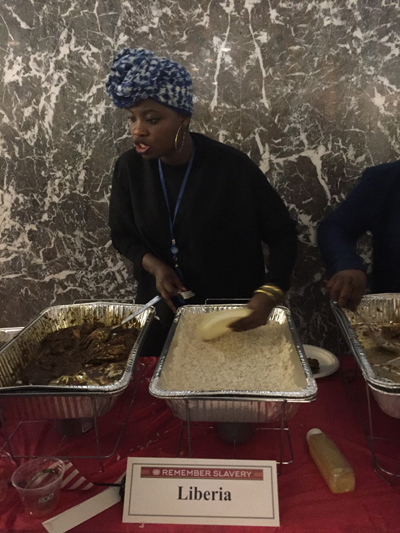