XY CHELSEA directed by Tim Travers Hawkins is a superb, transcendent who-what-when-where-why-and-how about Chelsea Manning before and after her court-martial, 35-year-sentencing and subsequent pardoning by President Obama regarding her mind-bending leaking of 750,000 classified and unclassified military and diplomatic documents to Wikileaks way back when. Her actions revealed the savage abuse and torture of detainees by U.S. forces and their involvement in the unreported deaths of 15,000 Iraqi civilians. President Barak Obama commuted Manning’s prison term because the sentencing punishment “was disproportionate to what other leakers received” and that she took responsibility for what she did, he says in a scene.

This is one of those documentaries that expose audiences to mesmerizing levels of verisimilitude about a filmmaker’s pursuit of truth. Hawkins’s 90 minutes of riveting narrative is based on archival resources from legacy, new and social media, cinéma vérité style interviews of friends, family, comrades, supporters – and, of course, Chelsea Manning. Hearing her voice, her comments, seeing her direct participation – as well as a winsome film score – can make audiences feel a rush and imagine that they are being whisked through a portal of history unfolding in real time. All this rounded out by creative cinematic swashes in scenes that can echo in their imagination for hours after the film ends.

It ends on a sobering note.

Manning wonders aloud in the film about that time in 2010 that she imagined that she, a junior-grade analyst, could “change the world for better.” Not that she regrets what she did. “Life was cheap in Iraq,” she recalls, her comment underscoring her decision. The “endless stream of death and destruction was the primary motivator” that she did what she did.

She didn’t believe “that anything released could cause any harm” nor put any intelligence informants at risk but the sniping about what she and Assange did – there has never been any official account that any harm had been done – continues. She was not concerned with being caught. “I wanted to get the info out; eventually I wanted to go public, just didn’t know how to do it,” she says. Wikileaks had the technology that made it easy for her to blow the whistle with her mind-bending leak.

Her attorneys had advised her not to come out because of concerns it could lead to misperceptions that could negatively effect her getting a fair trial. Footage of her engaged in a testy Q&A with New Yorker magazine staffer Larissa MacFarquhan at a film festival sponsored by Film at Lincoln Center was one of many sterling scenes in this movie. Manning stated that “transing” had absolutely nothing to do with her decision making. MacFarquahn, speaking more to a packed film festival audience than to Manning, had intimated otherwise.

MacFarquahn also intimated that Manning and Julian Assange put intelligence agencies at the risk. “We strongly dispute allegations by the government that releasing info and not redacting names resulted in perils for intelligence agencies,” Manning insisted. She also rebuked MacFarquahn when the New Yorker staffer intimated that Manning was unaware of the substance of the documents released.

“I worked with this info everyday,” Manning retorted, adding that there was no historical info nor source intelligence info nor methods in the released documents. “It’s people dying, it’s people getting killed … suffering,” she replies/

A question to Manning: How do you deal with trying to get on with life but are this near legendary public figure and the breaking headlines and news stories seem ceaseless. Answer: “I don’t know. I haven’t figured that all out yet.” She also said that she was tired of worrying about what people think of her. TK MORE

A 2012 U.N. Torture Envoy described the U.S. government’s treatment of Manning – 60 days in solitary confinement in Kuwait and 112 days in Quantico, Virginia – as “cruel, inhuman and degrading.” How did she survive in such confinement? “In Kuwait, I was living dead and dead ever sense … in purgatory between the two.” Nevertheless, she is not as afraid as she use to be.

She is back in jail for refusing to testify at a grand jury investigating Wikileaks founder Julian Assange.

In the course of watching XY CHELSEA, audiences can’t help but suspect that the residual impact of her brutal solitary confinement and incarceration and all else she had to endure before her initial release may still be kicking around in her head. Comments by her lawyers and supporters – definitely not gratuitous commiserating – portray her as under siege and that she is psychologically vulnerable. If she has to go down, she say, she wants to go down fighting. She and her supporters and her lawyers believe that she could be a target for years – living limbo. One creepy scene, a takeway, and, heaven forbid, not a prescient one, addressed that sentiment.

In a plea for help, Manning, who has attempted suicide twice, once called a Montgomery County, Maryland, emergency number, saying that she was considering hurting herself. Fatefully, she wasn’t at her apartment when a “wellness check” by the Montgomery County Police Department showed up an apartment where she had been staying. Footage from an apartment surveillance camera shows six officers with guns drawn and flashlights in hand moving stealthily like a SWAT team up the steps  to her apartment. 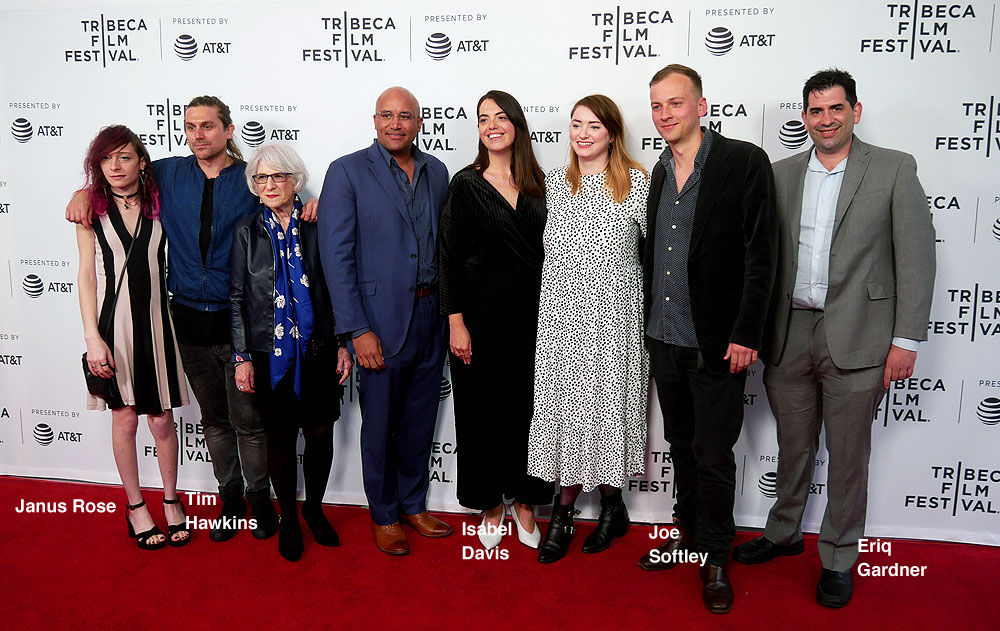 May 13, 2019 Headline – “Chelsea Manning Released From Jail, But Fresh Subpoena Means ‘She May Have Just Over a Week of Freedom'”