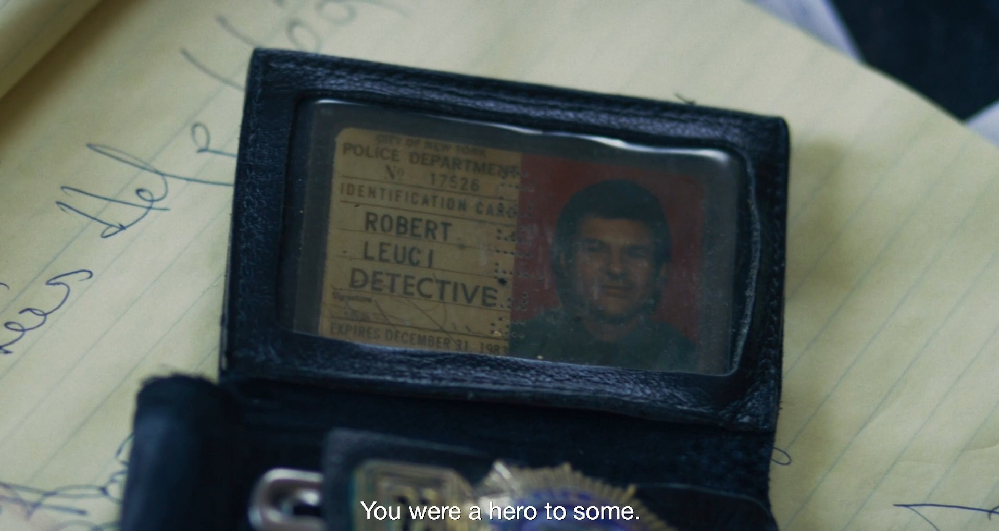 Filmmakers Magnus Skatvold and Greg Mallozzi exquisitely and tellingly profile former NYC police officer Bob Leuci, who in the 1960s was a member of the NYPD’s Special Investigative Unit AKA SUI, a major undercover narcotics operation. “His undercover work leads to the indictment of over 50 of his friends and colleagues – the same people he swore to never ‘rat’,” according to press notes for the film.

“You two guys can go fuck yourselves,” Leuci sneers at Skatvold and Mallozzi in his home early in the opening of the film as if he’s not going to talk, not going to squeal, after he agreed to meet with them. Nevertheless, he talks and talks and narrates at points in the film – as well as virtually from archival takes – just as he dropped dime after dime on buddies and close buddies in the SIU, causing as many as 50 in the 71-member unit to be indicted for a mother load of crimes that especially included collaborating with drug dealers. He was, in a sense, the mother of all police informants.

BLUE CODE of SILENCE’s 74 minutes of virtuosic cinematic story telling, nevertheless, caused this reviewer to navigate swells of ambivalence. Magnus Skatvold’s and Greg Mallozzi’s film can been seen as a bravura period piece with the NYPD defunct SUI as a microcosm for the racist and monolithic corruption that was accepted and tolerated as the way things were done, as business as usual, in The Big Apple, in the 60s. On what level of consciousness and, or, unconsciousness, did the moviemakers plan this? Realize this, if they did? I don’t know.

But there is obviously more to this movie than just a profile of a rogue cop who was treated as a prince of the city even though he had a mega-measure of antagonists who considered him a rat. There is ample material that Leuci committed possibly hundred of crimes but was never charged. For this reviewer, considering the level of racism and bigotry and other menacing, anti-citizen forces within that police department, if it takes a rat to fight the corruption, so be it. Rat on, I say. 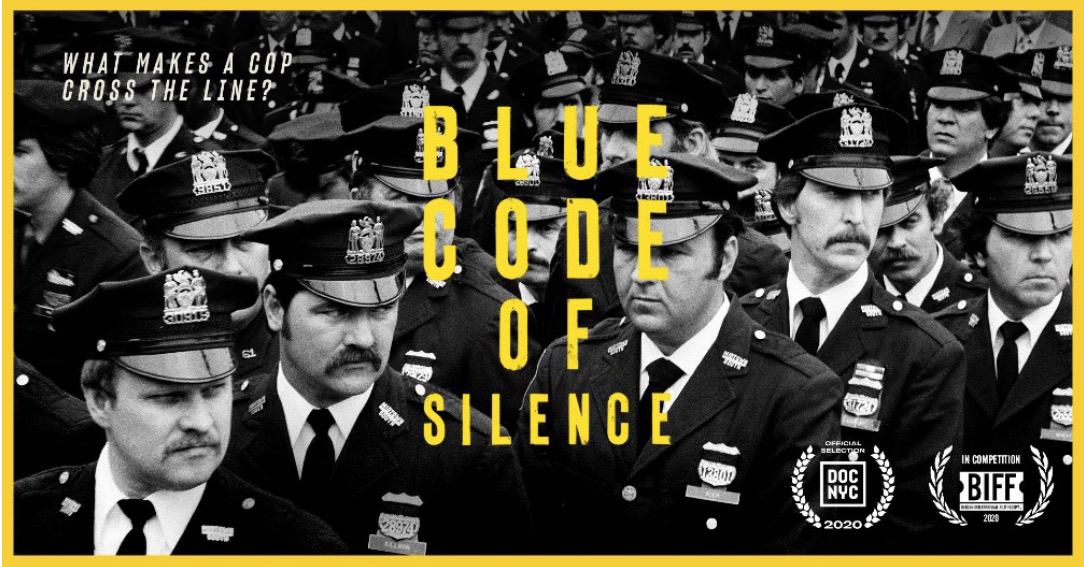 One of the telltale signs of the monstrous corruption and amorality is the monolithic patriarchal and phallic-like culture of white male images and visages rolling across the screen. NYC’s cultural and ethnic diversity in the SUI, the NYPD and the strongholds of civic, elected and appointed Powers That Be was pitifully nil at that time.

This reviewer’s visceral ambivalence see-sawed high because of the compelling, persuasive story telling of accomplished filmmakers using vintage and archival pictures and home VHS videos along with contemporary interviewing and imagery, providing a significant portrait of not only Peuci and the SPI squad but of the NYPD, the criminal justice system in New York City and, of course, New York City.

But it see-sawed down … because of the obvious that is so obvious.

DIRECTOR: Magnus Skatvold
Magnus founded Spætt Film in 2006, a company that in 14 years has grown to be one of the region’s most successful production companies. In 2018 Magnus debuted with the archive-documentary “Hometown” which opened Kosmorama International Film Festival. He recently finished the hybrid documentary, LIFE ACCORDING TO LIFE ACCORDING TO HAVNESS, 2020. BLUE CODE OF SILENCE is Skatvold’s first international documentary.

CO-DIRECTOR: Greg Mallozzi
Mallozzi is an independent filmmaker based in New York City. He has worked on several films and documentaries over the years, including HBO’s Emmy-Winning documentary series The Jinx. Besides co-directing BLUE CODE OF SILENCE, Mallozzi is developing a documentary about the mysterious scientist, Andrija Puharich, recently made famous through the best selling book, Phenomena.

PRODUCER: Håvard Wettland Gossé
Håvard has since 2010 produced several short-and documentary films.
FOURL (2014) was nominated for the Norwegian Emmys for best short film. The short documentaryTRAIN ROBBERS was screened at Clermont-Ferrand in 2020. In addition to his own projects, Håvard has been involved in several international co- productions spanning from Mexico to Palestine, including the Danish feature film, INTO THE DARKNESS (2020) by Anders Refn.

About This reviewer: African American, a former police reporter for the Gannet-owed Democrat & Chronicle Newspaper in Rochester, New York, as well as a county political reporter in Upper Marlboro, Prince George’s County, Maryland, who sometimes doubled  as a police-crime-court reporter in an understaffed news bureau for the defunct Washington Star (owned by Time magazine at the newspaper’s demise), and a journalist who did occasional night crime-police reporting for the New York Post’s lobster shift.

How many racial profiling incidents for this African American? Too many but here’s one that can’t be forgotten. I’m late to a rally on the steps of NY City Hall. I’m teaching journalism at Hunter College, City University of New York. I can see some of my students on the steps waiting, beckoning for me. I’m proceeding through the security check and my bag of photo equipment is being checked when a NYPD police officer, white, male, tells me that he’s not going to let me go in. He cracks a shit-eating-grin.

Hoping to provide more legitimacy to my right to be there, I point to my students on the steps of City Hall. It doesn’t matter, he says, you aren’t going in. Why? He cracks that grin again. I got vindication after inadvertently telling a staff member of a pit bull of civil liberties, the New York Civil Liberties Union, about my experience. She put me in touch with a NYCLU lawyer – and, viola, no racial profiling at the NYPD checkpoint for City Hall since then for this professor and journalist. The whole NYPD crew that was there the day of my racial profiling incident had been replaced a few days after I talked to the lawyer.