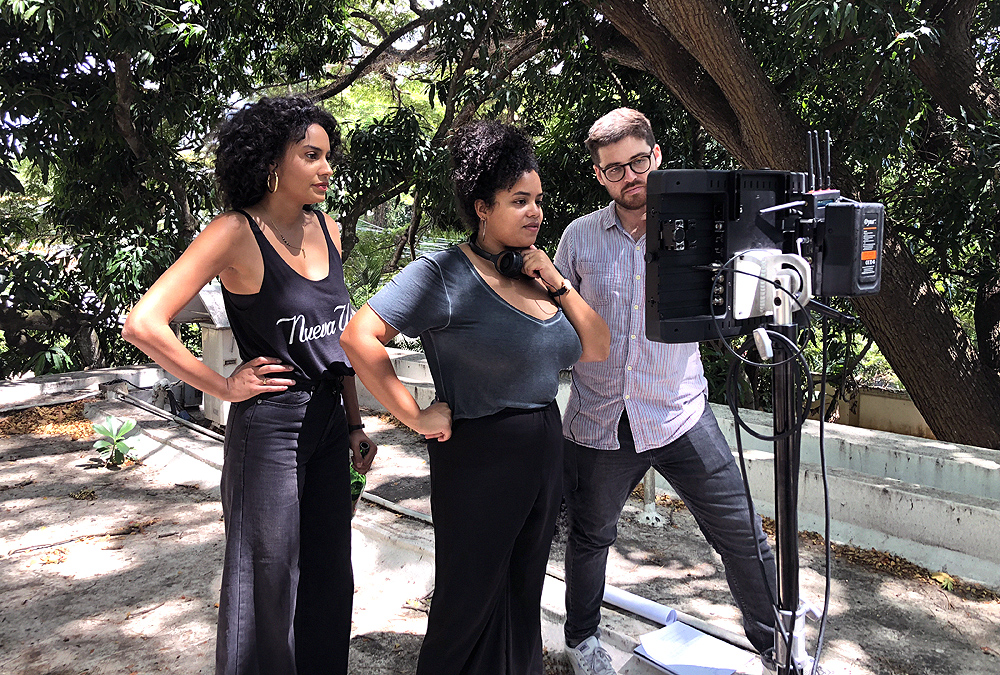 “De lo mio is one of those Dominican idiomatic expressions that’s hard to describe. If you were to type it into Google, it would translate (literally and nonsensically) to “of mine.” To me, it’s a phrase you use when describing those closest to you. It’s what you would call your homie, your people, your closest friends, your fam.”

Storyline: A Latinix saga about the complex smoldering familial issues that combust when the family bloodline in Santiago meets up with the family bloodline in The States, that is, New York City’s The Bronx – so it may seem in the first third of the movie. Two Dominican sisters, Carolina (Darlene Demorizi) and Rita (Sasha Merci), born in The States, fly to Santiago to meet up with their half brother, Dante (Héctor Aníbal) in order to help him settle their Dad’s estate. Dad left Dante, when he was very young, and his wife in Santiago to find work in The States – but he betrayed them, starting another second family and never returning to Santiago.

Dante and the sisters have had little contact with each other, yet, the three undeniably embrace Dominican culture as they have experienced it, shaped through their own diasporic experiences fated for them. It’s the sublime cinematic way Director Diana Peralta and Cinematographer Tim Curtin tell this gem of a story that will make DE LO MIO an unforgettable closing night film experience at the BAMcinemaFest. Closing night is tonight, Saturday, June 22, 7:30 p.m.

The tip-off off to the grandeur, as well as the deepest meanings of the narrative, is in the exquisite opening scene, 62 seconds long, of the darkness of a large room inexorably giving way to rays of sunlight being let in by Dante unshuttering rows of windows for the dawn of a new day, evoking the visceral surprise that this is an augury about timeless vexing issues of identity, culture and issues coming to the fore, told through three siblings and revelatory more than just about them. The sisters and brother are passionate true believers about their perceptions and mis-perceptions of themselves and their personal experiences, fated by their father. It is this dynamic driving this movie augmented by magnificent cinematographic landscapes of Santiago as well as the passionate interplay of the siblings as they spar and spar, the familial combat taking them to a higher level. The dynamic is transcendent, opening up a vista about millions of Dominicans and their diaspora.

Vivacious filmmaking at its best. 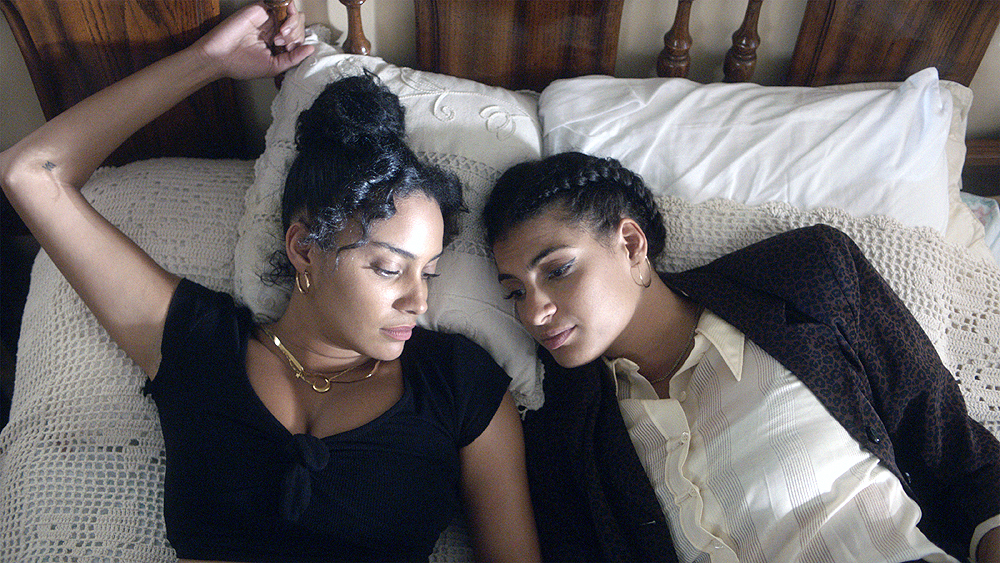 An actress, comedian, and social media star who is well known for her self-titled Instagram account. She has earned massive popularity there for her observational and dating-themed sketch comedy. Latina Magazine named her web series DATING HAS NO MERCI one of the Top 5 every Latinx has to watch in 2017. She has amassed more than 90,000 Instagram followers.

An actress, comedian, and Instagram influencer. She has taken part in Upright Citizen Brigade in New York City.  She fills her Instagram with sketches inspired by modern day life. She has been a long time collaborator of comedian Sasha Merci and appears on the web series DATING HAS NO MERCI.

An actor and singer born and raised in Dominican Republic. He started his career at the age of seven, and from 1993 to 1999 was lead singer of the reggae/fusion group TRANS-FUSION. He has developed a significant acting career by participating in the musicals GREASE, JESUS CHRIST SUPERSTAR, where he played the role of Judas, LES MISERABLES playing the role of Enjolras, CATS as Munkunstrap, CHICAGO playing the lawyer Billy Flynn, MAN OF LA MANCHA, DREAMGIRLS as Curtis Taylor Jr., and RENT as Roger Davis. The actor and singer has also developed a career as a television producer and host. In January 2012 he played the antagonist in PERLA ANFITRIONA, in the Dominican production of MUJERES ASESINAS.

DIANA PERALTA
Diana Peralta is a producer, filmmaker, and writer by way of New York City and the Dominican Republic. She currently works as a Producer at Revlon, where she leads a range of projects across content production, brand design, digital design, industrial design, and marketing activation. Her work as a producer on the short documentary LA FERIA CONCRETA was screened as part of the Dominican Republic’s first pavilion installation at the 2014 Venice Biennale of Architecture. Her short films have been featured in several festivals and theatrical productions across the US. Aside from her own work, Peralta has collaborated below-the-line on films like Matthew Porterfield’s PUTTYHILL (Berlin, SXSW ‘10) and I USED TO BE DARKER (Sundance, Berlin ‘13). She graduated from Johns Hopkins University in 2011 with a B.A. in Film & Media Studies.

MICHELLE PERALTA – PRODUCER
Michelle Peralta is a photographer, digital producer and visual artist based in Brooklyn, New York. A graduate of NYU Tisch School of the Arts with a B.F.A. in Photography & Imaging, she has gone on to assist some photography greats in studio and on set, including Arthur Elgort, Andreas Laszlo Konrath, and Jamie Hawkesworth. She has also worked alongside Konrath in producing art and photography books as part of his independent publishing company Pau Wau Publications. Peralta has most recently worked as a digital producer and editor at WSJ. Magazine, and has contributed content to several leading print and online publications including The New Yorker, Teen Vogue, Refinery29, vogue.it, forbes.com, and It’s Nice That.

TIM CURTIN – CINEMATOGRAPHER
Tim Curtin s a New York-based cinematographer. In addition to Diana Peralta’s DE LO MIO, he shot Jonas Carpignano’s A CIAMBRA, which premiered at Cannes in 2017 in the Directors’ Fortnight category. Curtin received a nomination for Best Cinematography at the David di Donatello Awards in 2018 for his work on A CIAMBRA. He has also camera operated He has also camera operated on numerous other films including, MEDITERRANEA, BULL and BRIMSTONE & GLORY.