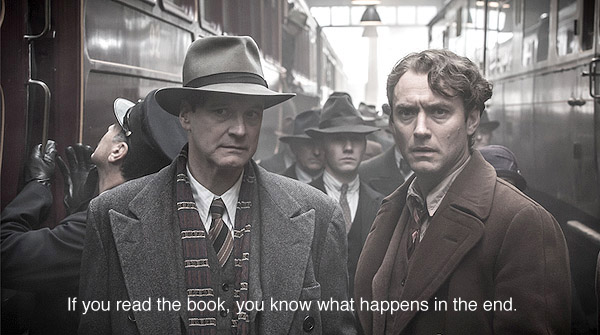 Michael Grandage in his debut film directorial beautifully captures the intimate nuances between an editor and a writer, as portrayed in the national bestseller, Max Perkins: Editor of Genius, by A. Scott Berg.

The transition from editor to friend to patrilineal confidant fuels the creation of prominent works of literature, namely, Look Homeward Angel and Of Time and River. Grandage’s valiant attempt at depicting the intricacies that go into developing a young Thomas Wolfe and his addiction to words are impressive.

The movie opens with a close-up shot of countless black oxfords trudging quickly along a drenched pavement, followed by an over-the-shoulder shot of a man in a raincoat looking up at the side of a building painted with the words: Charles Scribner’s & Sons. That building, the publishing giant (now owned by CBS); that man, soon to be acclaimed writer Thomas Wolfe (Jude Law), whom we discover is a young North Carolinian in the midst of a typical, fast-paced and unforgiving New York City morning commute. 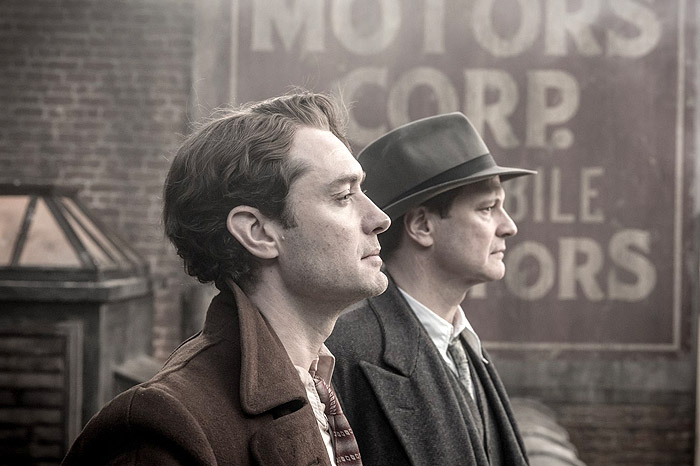 In contrast, Max Perkins (Colin Firth) a measured, well tempered editor at Charles Scribner’s & Sons, who commands the servitude and loyalty of his writers, is positioned as a male matriarch and even father-like figure in the film. Having 5 girls of his own, Perkins is often depicted sitting in his office or taking his upstate commute reading the works of his artist.

Despite the differences in their personalities, the two create a dynamic partnership to produce what becomes famous literary works of art. Wolfe’s affinity for words lead to several amusing scenes in which he and his editor, Perkins, negotiate page count. These tug-of-war battles result in a reduction of a hundred pages or so, all the while, Wolfe kicks and screams throughout the entire editing process.

Wolfe’s love interest, Mrs. Aline Bernstein’s (Nicole Kidman), helps to highlight the self-absorbed and insensitive nature of an artist committed to his work. His resounding obsession to his art leads to a tumultuous relationship between him and Bernstein when she experiences the sting of neglect, falling into third place behind the shadows of Wolfe’s work and his editor, Max Perkins. 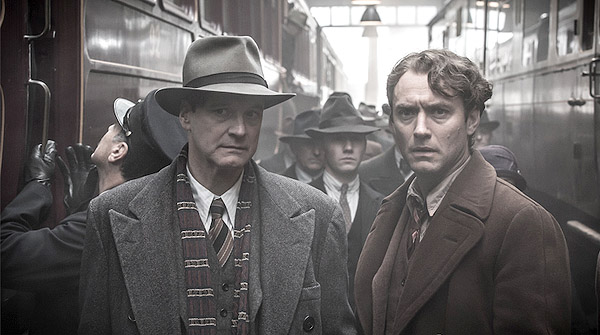 If you’ve read the book, you know what happens in the end. A great movie.

If you’ve read the book, you know what happens in the end. If you haven’t, be prepared for a twist eloquently predicted by the sultry and scorned Bernstein. Kudos to screenwriter, John Logan and Director Michael Grandage for creating a vibrant and thrilling drama that details the many facets that speak to the lifestyles of a great writer and great editor.