[Editor’s Note: Many 2017 TFF Reviews and stories can be found in the Archives.] 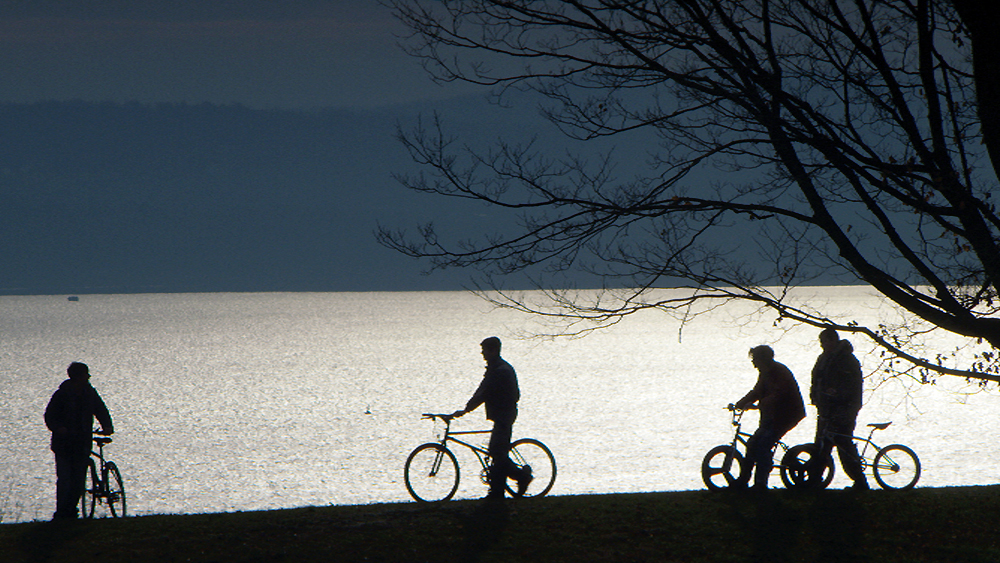 Early in the movie, a scene of a dying deer that inexplicably crashed into a school in the early morning, leaving a trail of blood as it made its way to a classroom, sans students and teachers but with police and other forensic types looking solemn and officious as they moved about, reminded me of the TV series Hannibal featuring FBI Super Profiler Will Graham played by Hugh Dancy.

Graham was haunted throughout the series by menacing and prophetic visions of a massive stag with gigantic antlers as he went about his business of trying to corral Hannibal Lecter (played by Mads Mikkelsen).

The TV series eventually crashed and burned, going from superb to corny over three seasons. Not so the enigmatic SUPER DARK TIMES. Director Kevin Phillips’ debut film was one of the best at the 2017 Tribeca Film Festival.

Yet, my mind kept making comparisons with the TV series and this standout of a movie even though there is no obvious direct connection between the huge stag stalking Profiler Graham’s fantasies and the dying animal in the classroom, eventually put out of its misery by a malicious stomp on its head by one of the cops. No direct connection obviously but both meant to be metaphorical and that sliver set my imagination off, opening up other venues of imagined similarities.

Mayhem rules in both and is flashed across scenes in dream and what-if scenarios masterfully done with characters imagining or experiencing the horrific or the creepy. Simply put, my mind locked on to the incomparable as something familiar because of the grisly dispatching of the deer in the classroom and the grisly murders driving Profiler Will Graham bonkers in the TV series, so much so that he keeps imagining this menacing stag stalking him.

There are lots of bloody murders in the TV series and though Director Phillips SUPER DARK TIMES doesn’t have near the body count, the suspense in his movie increases geometrically at a key moment involving a samurai sword, creating gut wrenching fear and terror tantamount to experiencing the fear of seeing, witnessing lots of bloody murders. Both the film and the TV series employ genre elements of horror and paranormal-supernatural and employ surreal and creepy imagery.

SUPER DARK TIMES starts with the look of a coming of age story in a small town where unpleasant things are on the horizon for the unsuspecting characters. There are four male friends. Zach (Owen Campbell) and Josh (Charlie Tahan) are the closest and share common teen interests, especially their fascination with Allison (Elizabeth Cappuccino) who is known to the four but doesn’t hang out with the group. We see early on that Zach seems to have the inside hand getting closer to her but doesn’t let on to his buddy, Josh. The other two guys are Daryl (Max Talisman) and Charlie (Sawyer Barth). 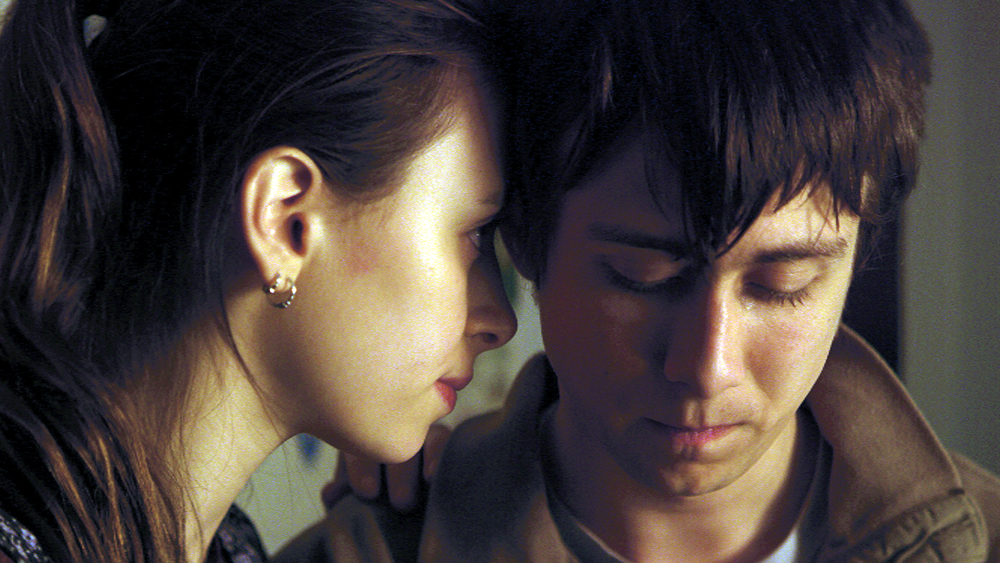 Daryl is basically obnoxious but his behavior is tolerated and Charlie seems to have his feet on the ground, so to speak. We learn from watching the early interactions of the four that teen friendship isn’t really what it’s been hype to be, as guilt and paranoia and mental illness unravel the bonds of the four male teens after Daryl is accidentally killed with a samurai sword wielded by Josh.

And that, for this reviewer, is when the movie really takes off in a brilliantly unexpected direction into another dimension of sight and sound (as Rod Serling would say, sort of, in the opening of a Twilight Zone episode).

What do surviving friends do after one is accidentally killed by one of the group? Do they do the right thing? Hints. Zach becomes swept up in guilt and paranoia. Daryl starts showing signs of a dark side that could scare the bejesus out of a young Hannibal Lecter. And so it goes. A great movie.