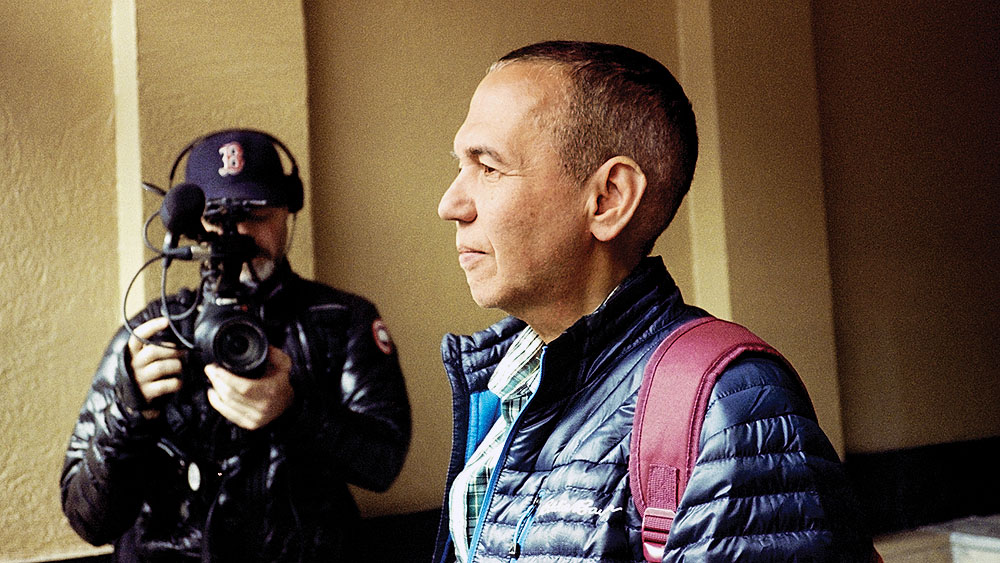 Director Neil Berkeley’s profiles an aging yet spry stand-up comedian in an unique approach to documenting professionals confronted with lifestyle changes brought on by new family dynamics – and we get to experience it all through the veil of legendary comedian, Gilbert Gottfried.

The bathrobe-wearing comedian saunters through his apartment like a hotel guest, sporting waffle robe and spa slippers to boot. His interaction with his wife Dara and two preteen children almost seem like he’s in character, except not the character that you would expect from the boisterous Gilbert we’ve all come to know and love. We witness a surprisingly sober Gilbert accentuated with a hint of dry sarcasm.

Gilbert’s approach to shows on the road is as funny as his standup. Washing underwear in a hotel sink, taking a megabus to an out-of-town gig and selling merch (not T-shirts, but CD’s!) are some habits this very successful agent of humor has held onto. He’s also not shy about hoarding those miniature toiletries we all pack away in our travel bags at the end of a trip.  Wait, we all do that, right?

The comedian’s extensive voice-over work with Disney, the AFLEC endorsement and his adorable wife and children were all pleasant discoveries about the artist, and also explains that gorgeous Manhattan apartment!

Not only are we introduced to Gilbert’s immediate family, but his sisters make important appearances as well – giving us further insight into the mystery man. A trip to Crown Heights Brooklyn and footage of his parents and grandmother help convey Gilbert’s humble beginnings and gives light to his comedic aspirations. 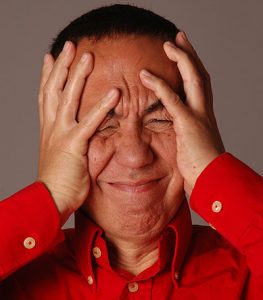 We even get conflict in this comedic docu.  If you’ve noticed a lull in the funny man’s commercial career, the film offers insight.

Overall, a humorously dramatic look into a comedic icon still loved by his contemporaries, his family and fan base. All aspiring comedians should see this film.  It won’t show then how to be successful but it’ll show them it’s possible.

GILBERT premiered April 20, 21, 25 and this past Friday, April 28 but expect it to be showing up in public releases in the near future.