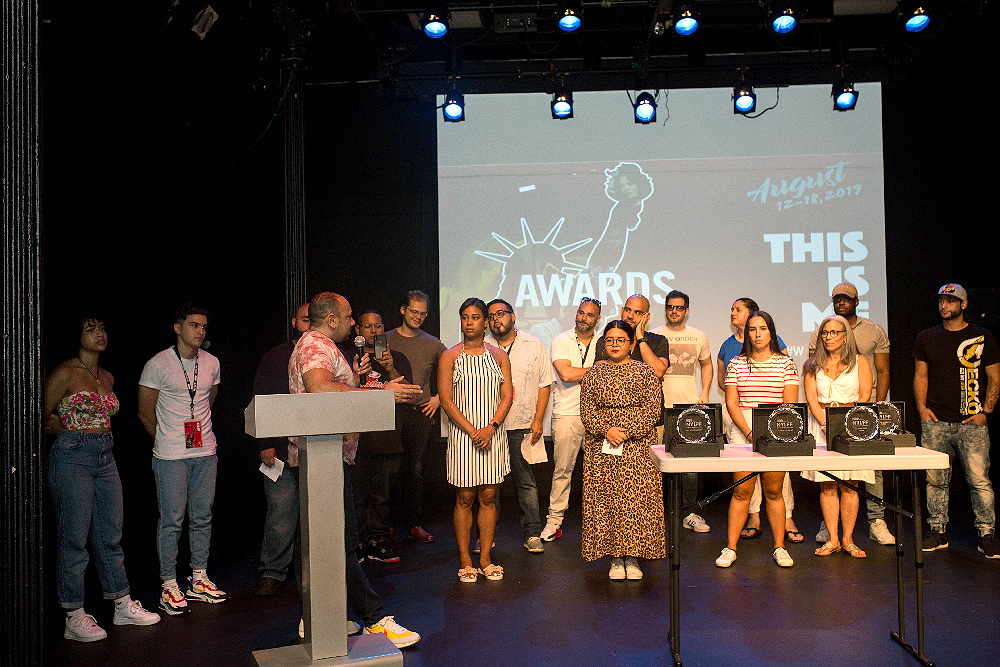 #NYLFF celebrated its 16th anniversary with star-studded events and films, celebrating the Latino film industry and content creators from August 12 to 18. More than 1,500 moviegoers supported more than 83 films from established and emerging filmmakers, with more than 10 countries represented.

A variety of genres and formats were presented, including features, shorts, documentaries, web series and experimental films. Winners were announced at the conclusion of the Festival Sunday, August 18 in the categories of International Feature, Documentary, U.S. Feature, Short Film, and Honorable Mention. In addition, in its first year, NYLFF in partnership with HBO Latino presented “Latinos Stand-Up” competition in search of the best Latino stand-up comedians around the country.

Over 300 entries were received and six finalists competed in front of a live audience and judging panel Friday, August 16, 2019.

Says Calixto Chinchilla, Founder of NYLFF, “I want to thank all of the filmmakers, moviegoers, talent and my incredible Festival team for making this year’s Festival truly special. I am honored to once again present a platform where content creators share Latino and Latin American stories and experiences in the United States. This year, we introduced comedy as a part of the Festival, and was delighted to see the hundreds of entries received. It is evident that we need to continue providing a space for talent to flourish.”

He also thanks “dedicated sponsors” HBO Latino, Hennessy VSOP Privilege, American Airlines, Comcast NBCUniversal Telemundo, the Mayor’s Office of Media and Entertainment, “among others, all of whom share our passion for diversity in storytelling and inclusion. 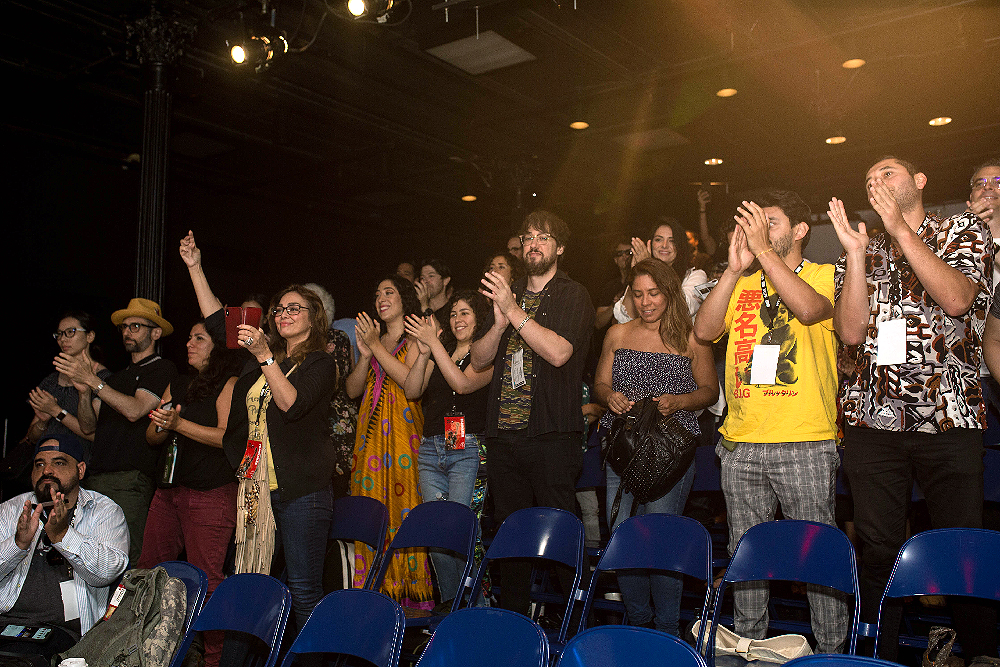 Best Documentary | CLEAN HANDS
Directed and Produced by: Michael Dominic
Shot over the course of seven years, 2011-2018 in Nicaragua, Clean Hands is a feature-length fly-on-the-wall documentary which tells the story of the Lopez family surviving against the backdrop of Central America’s largest garbage dump, La Chureca and beyond. It is about family, extreme poverty, the hope and innocence of children, rescue and salvation, and the challenges we all face.

Best U.S. Feature | PAPER BOATS
Directed by: Yago Muñoz; Writer: Carlo Muñoz; Produced by: Alexandra Melkman; and Cast: Pedro Damian, Alexandra Melkman
Hearing the news that his estranged daughter faces deportation, a man who seems to have lost it all recovers the will to live after agreeing to take in her children in this heartwarming story about the meaning of love, family, and the pursuit of happiness. Paper Boats reminds us of the unconditional bond of family, and how the innocence of children can touch the most hardened of hearts.

Best Short Film | EL BALSERO
Directed by: Jose Navas
Nearly five years have passed since the Castro administration took office in Cuba, and the country is in a state of darkness and oppression. Freedom has been stripped from its people and daily life has been punctured by harassment and executions at the hands of Castro’s National Police.After his childhood friend is violently killed in an altercation with a Castro sympathizer, 21 year old Reinaldo realizes he must find a way out and regain his freedom at any cost.

David Seneca is a Puerto Rican actor in New York City, who has been struggling for years to make his acting career a success. As David’s hair grays his millennial protégé takes the acting world by storm and David teaches foreign business execs how to reduce their accents. His home life is not faring much better- his relationship with his wife is on the rocks, his parenting skills are not exactly up to par, his homeland of Puerto Rico is recovering from its worst natural disaster in recent history, and his childhood mentor is losing his fight to cancer.

Cracking under the pressure, David finds himself in a less-than-impressive street fight that goes viral. Now an infamous internet sensation, he is kicked out of his home, and must slowly start picking up the pieces of his life to make himself whole again.

Latinos Stand-Up” competition Winners | ALEX CARABANO and MARK VIERA
A busy Brooklyn native, Alex CarabanoNYC stand up comedian who’s been on BET’s “Apollo Live,” has performed overseas with Comedy Central’s Tony Woods and in the Caribbean with HBO’s Wil Sylvince. He regularly performs all across the New York scene at various venues plus featured in the Boston Comedy Festival. In addition, he co-owns/runs two Latin vegan restaurants with his brother & Team VSPOT.

Born and raised in The Bronx, New York, Mark Vierabecame fascinated with comedy very early on. While Mark’s mom spent countless hours as a social worker to provide for her family, Mark and his older brother would pass the time watching the popular TV shows of the 70’s and 80’s. He became so engaged in the performances of his favorite comic personalities, it didn’t take long before he began to emulate the characters he came to love. On any given night, he would entertain his family with remarkably accurate portrayals from shows like “Carol Burnett”, “Sanford and Son”, and “Three’s Company”.

The nation’s premier Urban Latino film event founded by Calixto Chinchilla. Since its inception in 1999, each year, the NYLFF brings together more than 20,000 movie fans and industry executives for a celebration of culturally relevant and entertaining experiences that aims to build audiences for Latino cinema, support the film community with professional development and foster relationships for Latino talent. Programming includes the flagship film festival in New York City, the Futuro Digital Conference, NYLFF Summer Cinema series, as well as competition and community programs. For more information, visit www.NYLatinoFilmFestival.com.

About HBO®: One of the most respected and innovative entertainment brands in the world, serving iconic, award-winning programming to 140 million subscribers globally. A subsidiary of WarnerMedia, HBO is the world’s most successful pay TV service with an extensive array of programming that includes some of the most notable titles to be on television including Game of Thrones®, Big Little Lies®, Westworld®, The Sopranos®, Sex and the City®, Band of Brothers®, and The Wire®.