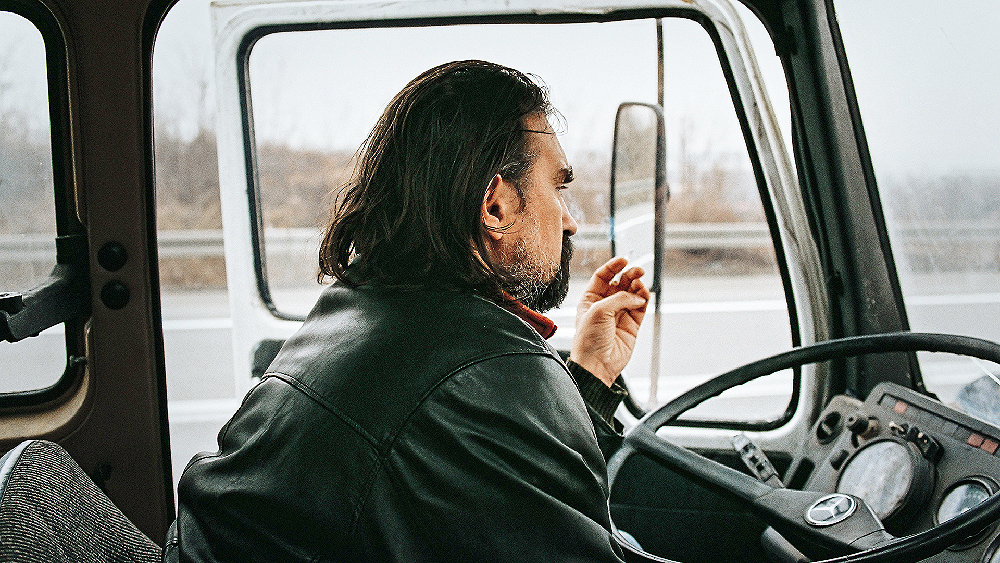 Anyone, especially cinema aficionados, planning to see Ognjen Glavonić’s superb THE LOAD, originally titled TERET, shouldn’t be surprised if they experience the visceral sensations of a déjà vu moment reminding them of Henri-Georges Clouzot’s WAGES OF WAR (1952) and William Friedkin’s SORCERER (1977).

WAGES of FEAR is based on the French novel Le Salaire de la Peur, The Salary of Fear, by Georges Arnaud. Friedkin’s SORCERER is the second film adaptation of the novel. THE LOAD is based on Glavonic’s experiences of that NATO bombing. “I was 14 years old when the bombing started and after a week, it became our everyday reality,” he said in an interview with film journalist Marta Bałaga. “You are afraid only until you realize there is nothing you can do. Although the whole country was bombed by NATO, in Kosovo Serbian, state forces were fighting Albanian separatists and civilians were being killed on a horrific scale.”

Ognjen Glavonić, born in 1985 in Pančevo, said in the same interview that Friedkin’s SORCERER perhaps influenced him “in some way, because as soon as I started working on this film (THE LOAD), which was almost eight years ago, people would always bring it up.”

The star in Friedkin’s SORCERER, Scanlon played by Roy Scheider, is one of four men desperate for money, and he agreed to risk his life to transport nitroglycerin across a dangerous South American jungle with unpaved paths and terrain where only the truly intrepid dared to go. The main character in Henri-Georges Clouzot’s WAGES OF WAR is one of four men in a South American village, who, desperate for money, takes a job to deliver “an urgent nitroglycerin shipment” without safety protections. Glavonić did not mention Clouzot in the interview.

Glavonić’s central character, Vlada, exquisitely played by Leon Lucev, is desperate also. He needs $$$ to help him and his family survive the NATO bombing and atrocities arising from the carnage. He takes a job to drive a cargo truck from Kosovo to Belgrade through terrain ravaged by warfare and where the threat of bombing persists. Vlada’s cargo? Glavonić doesn’t want audiences to know.

“Some people thought he was transporting weapons, others that it was connected to some shady business. I wanted to keep them guessing for as long as I could,” Glavonić said in his film interview. The suspense about the unknown 5Ws&H of that cargo swells inexorably through the movie as Glavonić provides what I regard as visually and aurally Glavonić-ian cues about the sinister consequences of moral turpitude. Scene after scene shows the empathy and sympathy as well as the stoicism of Vlada who wouldn’t hurt a fly, as the saying goes.

But there is no escaping the war. Glavonić, growing up during the NATO bombing and the atrocities committed by both sides, knows all too well how war can transform and subvert innocence and decent people. It’s the Glavonić-ian tapestry of aural and visual cues that nurse the suspicions that something ghastly is awaiting Vlada – as well as the audience – in THE LOAD’S denouement.

This reviewer believes THE LOAD also insinuates and makes allusions to the horrific consequences of the genocidal nature, if not the explicitly the genocides, of modern day warfare, which can be described this way: Kill as many as you can, destroy as much as you can and let the international elitists and pundits sort out the war crimes. Those insinuations and allusions may be overlooked because the setting and time of THE LOAD is 1999-Yugoslavia-Being-Bombed-Like-Crazy-By-NATO (purportedly to end the ethnic cleansing of Kosovo’s Albanians and bring down Yugoslavian President Slobodan Milošević’s who was eventually tried in the Hague for war crimes).

Or, those insinuations and allusions may be overlooked the first time seeing THE LOAD because they’re just too much to consider in one setting.