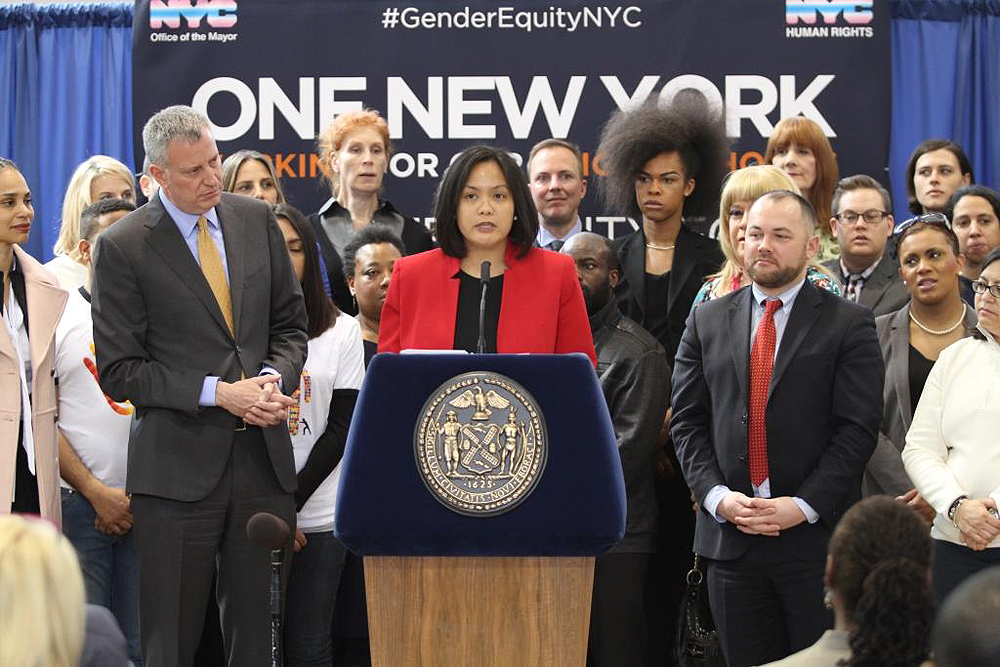 Threatening to call ICE when motivated by discrimination, derogatory use of the term ‘illegal alien,’ and discrimination based on limited English proficiency are unlawful discriminatory treatment under the NYC Human Rights Law

Commission now investigating four cases involving discrimination based on threats to call ICE in order to harass, threaten, or intimidate a victim.

The new rules, announced in a press release yesterday, define discrimination on the basis of perceived or actual immigration status and national origin under the New York City Human Rights Law in public accommodations, employment and housing. The guidance also stipulates that harassing or discriminating against someone for their use of another language or their limited English proficiency, and threatening to call ICE on a person based on a discriminatory motive, are considered to be in violation of the law. Fines of up to $250,000 can be assessed for each act of willful discrimination, and damages are available to complainants.

Said Deputy Mayor Phil Thompson in a press released by the commission:“We take immense pride in our city’s diversity and the immigrant communities that call New York City home.  This new legal enforcement guidance will help ensure that no New Yorker is discriminated against based on their immigration status or national origin.”

Said Carmelyn P. Malalis, Chair and Commissioner of the NYC Commission on Human Rights: “The New York City Human Rights Law is one of the most protective in the nation.It protects everyone, regardless of their immigration status. In the face of increasingly hostile national rhetoric, we will do everything in our power to make sure our treasured immigrant communities are able to live with dignity and respect, free of harassment and bias. Today’s guidance makes abundantly clear that there is no room for discrimination in NYC.”

“We are proud to have worked with the NYC Commission on Human Rights to produce and release this important guidance as we combat the federal government’s rhetoric of fear and xenophobic policies that have threatened the health and well-being of immigrant communities,” said Bitta Mostofi, Commissioner of the Mayor’s Office of Immigrant Affairs. “Harassment and discrimination based on one’s actual or perceived immigration status, national origin, limited English proficiency, or accent will never be tolerated in our City of 3.2 million immigrants.”

Discrimination on the basis of immigration status and national origin have been illegal in New York City for decades. The guidance reaffirms these protections, as well as provides specific examples of discrimination in housing, public accommodations, and employment. The New York City Human Rights Law goes further than many U.S. municipalities in protecting the rights of individuals in the workplace, schools, and public accommodations. Federal policy has become increasingly hostile toward immigrant communities, including immigrants from Central America, African nations, and people from Muslim-majority countries.

Along with the release of the guidance, the Commission is announcing that it is currently investigating four discrimination cases in which ICE was used as a threat to intimidate or harass a tenant in housing, one of which was recently reported on in the Wall Street Journal after a finding of discrimination and recommendation from an administrative judge. 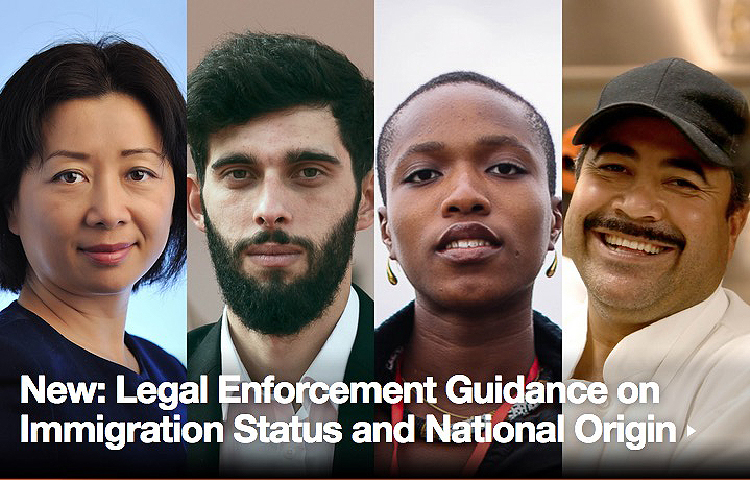 Specific violations of immigration status and national origin protections include:

In addition to employment and housing, the above protections extend to all users of public accommodations, including businesses such as restaurants, fitness clubs, stores, and nightclubs, and other public spaces, like parks, libraries, healthcare providers, and cultural institutions.

“We applaud the issuance of this guidance, which is an important step forward in the fight for respect for immigrants’ humanity and dignity,” said Jessie Hahn, Labor and Policy Attorney with the National Immigration Law Center. “At a time when hateful political rhetoric is engendering a climate where private employers and landlords are increasingly discriminating and retaliating against immigrant workers and tenants on the basis of their status, these kinds of enforcement actions are urgently needed. They also highlight an example of how states and municipalities can serve as a check on the federal government’s attacks on immigrant communities. NILC urges other jurisdictions to issue guidance that will protect immigrants’ most basic workplace and housing rights.”

“All New Yorkers deserve to feel safe and secure in their workplace, their homes, and their neighborhoods, which is why we’re pleased to see The New York City Commission on Human Rights’ newly published legal enforcement guidance affirming our city’s steadfast commitment to protecting and defending the rights of immigrants. We reject discrimination in all of its ugly forms and look forward to working with the Commission to guarantee that immigrants have comprehensive legal protections and equal access to their rights,” said Steve Choi, Executive Director of the New York Immigration Coalition and Commissioner for the New York City Commission on Human Rights.

“Across the country we have seen forced labor, extortion, wage theft, and other lawless action directed at immigrant communities, and today we are expressing our commitment to confront, address, and prevent these abuses in our city. NYC has benefitted from a history rich with contributions from immigrant communities. We honor that history by making clear that abuse of any person based on their actual or perceived immigration status will not be tolerated here,” said Cathy Albisa, Executive Director of the National Economic & Social Rights Initiative and Commissioner for the New York City Commission on Human Rights.

“In this era where the targeting, terrorizing and separating immigrant families is official federal government policy, LatinoJustice PRLDEF applauds the New York City Human Rights Commission for taking further steps to protect immigrant New Yorkers. NYC has historically served as a point of reference for other municipalities on how they can better protect and respect immigrant residents, and the Commission’s latest effort to defend immigrant rights reminds us that this is actually the true role of government.” – Natasha Lycia Ora Bannan, LatinoJustice PRLDEF 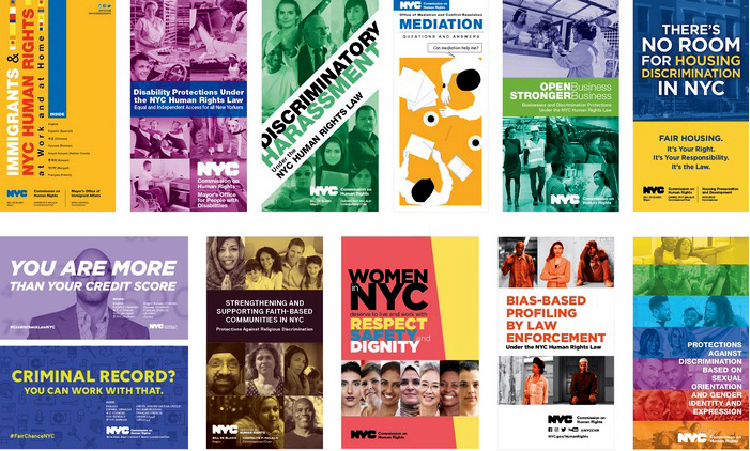