In Mexico, we are incredibly proud of our indigenous past, yet continue to value and celebrate whiteness in the present. We are in dire need of an exorcism of the ghosts that haunt our worldview.

Visually, the use of anamorphic lenses and a classic narrative language helped to bring both worlds together, past and present, into a single universe. It also served a greater  purpose – to  decolonize  the  epic  gaze.  Although  I  love  big  Hollywood period pieces, they are told in the language of imperial grandeur. Widescreen is the format  of  epic, important,  and  almost  exclusively  white  and  western  stories. By appropriating it and taking it out to the streets, beaches and mountaintops of Mexico, I wanted to subvert the gaze of empire and turn it inside out.

Our world is incredibly complex. Cinema should empower us to re-imagine it.The theme of the legacy of the Conquest of Mexico is vast and complicated. Not  only was history written by the victors, but any interpretation of the event turns political immediately.  When you add the layer of modern  Mexico, it  becomes  impossible to summarize or explain it in easily digested bites.

I wanted the film to make room for everyone to be a part of the experience and build their own  interpretations. I arrived at the  character of an anonymous, wandering conquistador who could serve as a link between modern Mexico and its painful colonial past, a ghost, a vessel for the audience to experience this unique journey. 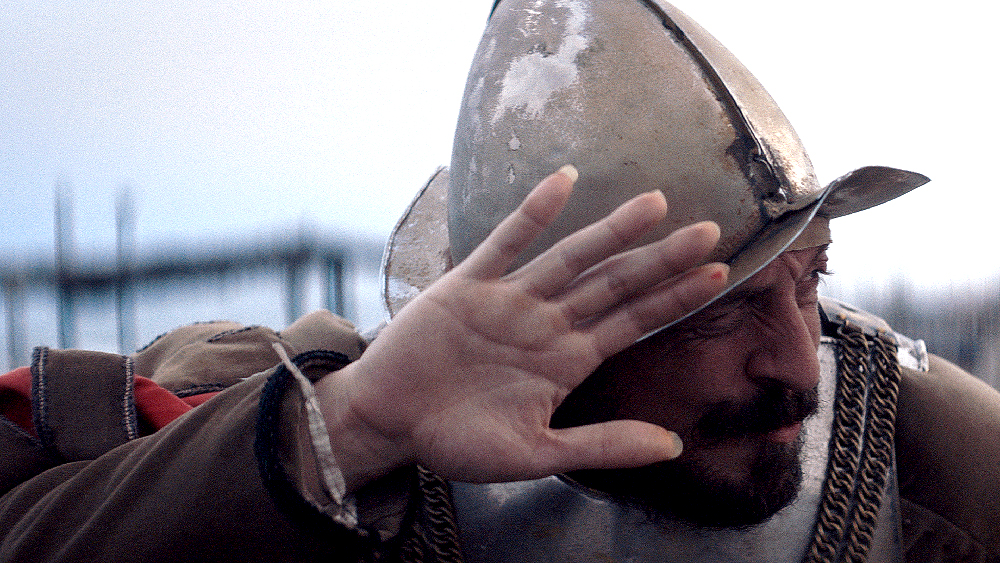 The conquistador is fiction, but he has to find his place in the real world by listening, for perhaps the first time, to the stories of the real people impacted by new modes of colonial violence.

Every one of the real people featured in the film agreed to participate and collaborate with the project only after speaking with me about the thesis at the heart of the film.

I tried to be as transparent and honest as possible with my perspective and why I felt  that  their  stories  were  necessary  to  the  project. I shared my core ideas with them: “The violence that you have endured and have been impacted by is connected  to  an  older, original  violence  from  the  Conquistadors. That violence has transformed itself into new forms, but the essence remains the same.”

And most importantly, with regards to the conquistador: “This man was sent here to listen. For the first time, he must keep quiet and bear witness to the pain and truth of the victims. This is an opportunity for him to decolonize himself through his meeting with you.”

The  attacks  against  journalists echo the burning of religious texts and erasure of  indigenous myths. The exodus of migrants reflects the diaspora created by the taking of ancestral lands. The wave of feminicides, killing women across Mexico is akin to the enslavement and rape of thousands of indigenous women. Only  when  the  real people agreed to this thesis did we proceed to enter their spaces with the film. They are the true experts, the ones living with the consequences of this cycle of violence. 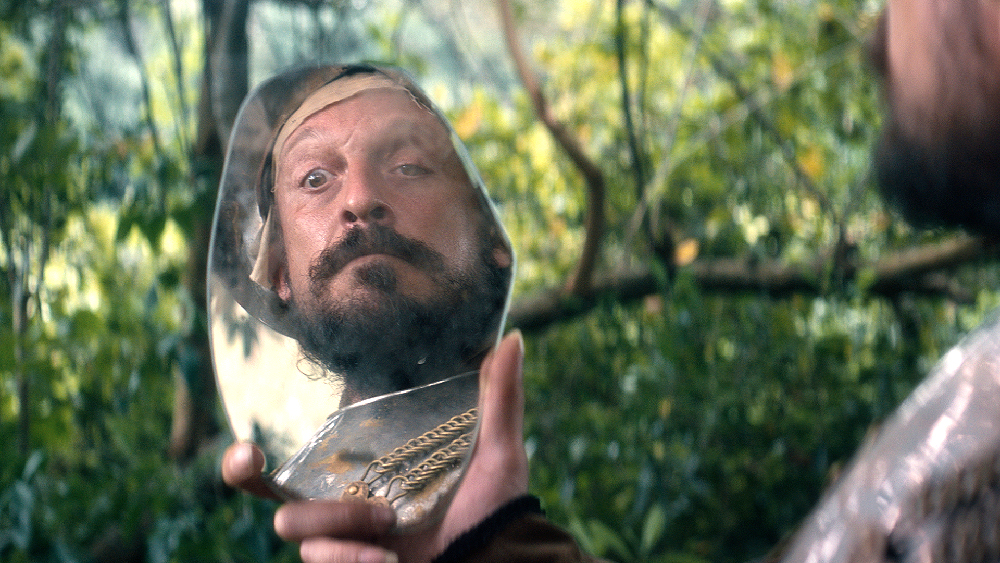 I also was open to their creative input. How would you like to interact with the conquistador? What would you like him to learn about your story? This is why the interactions in the film are all different and unique, each with its own approach to the presence of the conquistador, because each real person was deeply involved in the building of their scenes.

Mexico has a particularly fraught relationship to its colonial history. Whitewashed, contorted​, and disguised for nationalistic and patriotic purposes for centuries, the country’s history is fundamentally tied to the structures of power.

The humanitarian crisis in Mexico has reached a fever-pitch, even more intense than at the time the film was produced. And yet, much like the conquistador, the central government is trying to minimize the scope of the crisis and undermine the voices calling for justice and accountability.

Our characters, the real people featured in the film, are caught up in this movement and  are  seeking  new  platforms  to  expand  their  efforts  and  push  for  effective  transformation of policy and societal attitudes. In that sense, we hope to use ​499 to support their efforts by sharing their struggles with a new and broader audience.

Mexico is plagued with contradictions, deeply rooted in the unresolved moments of its past. Much like the United States has refused to acknowledge and address the legacy of slavery, Mexican society desperately needs to have a conversation around colonialism and the ways in which its processes have been perpetuated to this day.