The OMG opening, like the best of a 5Ws&H summary news leads, hits in the gut as it sets the stage and tone about about the only black woman in the Kentucky state legislature fighting to pass a law to stop a vicious system of discrimination penalizing black youth and men and women in Kentucky for their hair. Her name is Attica Scott and her legislative target is to end an element of a racist supremacist system that wants to cut blacks to the bone of their existence.

TANGLED ROOTS is listed as a 12-minute short but running time is just short of 20 minutes, and it is so well done that viewers should expect that satisfying visceral oomph that comes with watching a full-fledged award-winning documentary. It follows state legislator Scott through all her pacing as she deals with legislators, constituents – hers and other voters – to get her bill passed.

[Is this short a precursor for a big project-in-the-works-TANGLED-ROOTS by Director Knowles? Filmmakers do that: Sometimes use what looks like to the un-savvy as a mini-project but has the soul and prowess of a bigger project under consideration if not in the works.] 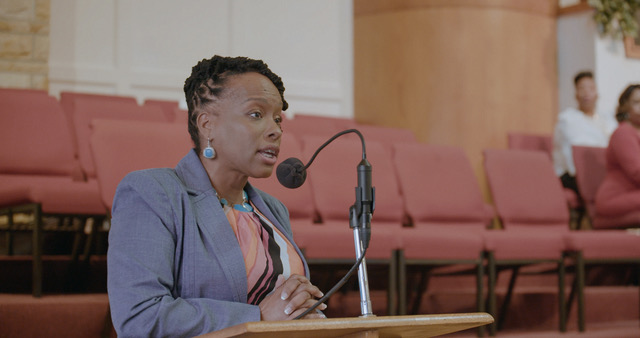 Kentucky State Legislator Scott, a community activist before she beat out a 34-year incumbent in a a three-way race, talking in a black church to drum up support for her bill. That church was just one of many places she visited as she was beating the bushes for support of a bill. 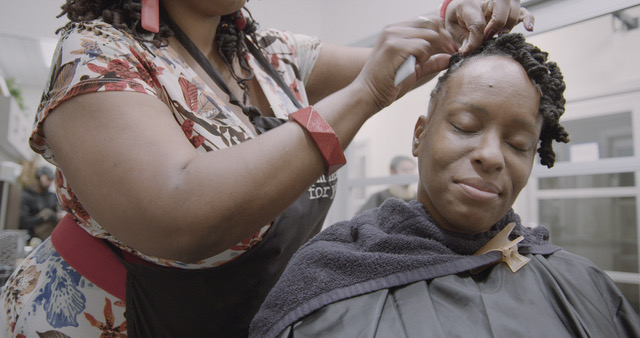 Scott, a single mom, kicking back to get her hair done.

This film has really great lines. Here’s a paraphrase of one of my favorites: Quotation Marks for Affect: “Black folks fight battles [they eventually win] that never turn around as quick as they had hoped.”

TANLGED ROOTS, because of a seasoned accomplished filmmaker and an unflappable intrepid never-stop-fighting-the-good-fight state legislator Attica Scott, reveals the ongoing discrimination – from everyday misdemeanor indignities to the everyday felonious murderous kind – that persist in the country even if the main focus of the film is about a a fight against good-o-boy Kentuck biases, traditions and practices. A real kicker is this: This kind of moviemaking that can make all kinds of people start thinking about rising up against injustice. It isn’t a polemic but it sure has the fervor of a righteous one.

The national news reportage was on the money but the movie making magic prowess of film infused so well in TANGLED ROOTS propels themes and messages to that higher level of awareness and significance where the best of the best news media stories want to go but lack the cosmic magic inherent in movies.

Is this an #YouGottaSeeThisMovie? This reviewer sure thinks so.

Director Samantha Knowles is a Brooklyn-based filmmaker who seems destined to become a household name. Her most recent film, according to TFF 2020 publicity, THE BLUE LINE, premiered at the 2018 Tribeca Film Festival and is now a New York Times Op-Doc. She also directed and produced the award-winning short documentary WHY DO YOU HAVE BLACK DOLLS? An official selection in numerous film festivals and featured in the New York Daily News, Jet Magazine, the Huffington Post, TheGrio, and BET.com. 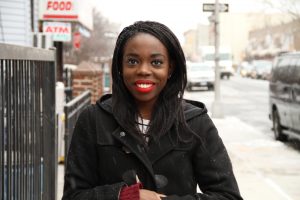 She co-produced HUNGRY TO LEARN which premiered at this year’s DOCNYC. She also was an associate producer of an episode of DIRTY MONEY on Netflix and WHY WE HATE, a documentary series on the Discovery Channel. Knowles graduated from Dartmouth College and freelances as a producer in New York City.