The filmmakers, drawing on a well of creativity, infused imaginative scenarios of the everyday angst of lovee-dovee neurotic couples with a verisimilitude that syncs well with an other worldly cosmic finish. It’s that good.

Julia (Julie Ann Earls) and Dan (Alex Mandell) have been together about two years or so in what seems to this reviewer a typical modern day neurotic relationship that probably was doomed to be sour to the bone not too long after they first met, to say the least. Instead of contacting a Dr. Phil for couple’s counseling, they man-and-woman up to try to patch their neurotic lovee-dovee romance with their own self-help remedy which is an out of town vacation to a scenic woodland haven.

THE GOOD COUPLE opens with them doing what this reviewer regards as spar-spat-fucking over this and that.

Your parents don’t like me,” she espouses matter-of-factly with an edge. “Your friends think I’m an asshole,” he whines. “You don’t take responsibility for money stuff and blame it on me,” she snarls. “You threaten me with our relationship (intimating that she has an edge in this – and she does),” he whimpers.

Julia parries below the belt. Dan pounds on the counter of the kitchen sink, walks menacingly up on her, points his finger, and growls, “Don’t’ tell me what to do (he neglects to add “or else”)” and storms out the rental, his exiting of course is really nothing more than a tactical retreat.

And so it goes until the doppelgänger shows up.

The dialogue is sharp and there are great lines, like one, 9 minutes, 44 seconds into the film when a hogtied Dan asks his hogtied girlfriend if she had sex with his doppelganger: “Because if you did, it’s like you fuck a demon or something,” he laments. The visuals and settings that are spot-on as well as the acting and directing easily make this short flick one to see several times.

What’s left to be said other than: SEE THIS MOVIE WHEREVER IT’S STREAMING.

ABOUT DIRECTOR ROBERT GREGSON: An award-winning filmmaker based in Brooklyn who has a passion for psychological thrillers. His A GOOD COUPLE premiered at Dances With Films FF. His feature film INFLUENCERS developed with screenwriter Benjamin Reeves, was a quarter finalist in the 2020 FinalDraft Big Break competition, Second Round in the Launch Pad Features competition, and was selected to take part in Northeast Filmmakers Lab. He also directed Julie Ann Earls in several ads for the UN. Gregson wanted to make a subjective, psychological thriller. Some of his favorite films involve Faustian bargains.

As a director, he has created ads for the UN, NYU, Post Pebbles Cereal, and Arm Technologies. He also wrote and directed Envisioning a New Home for the Late Show, a viral short which documented the architectural renovation of the Ed Sullivan Theater for Stephen Colbert’s late show. His short Shut Eye earned the Best Horror Short Award at Montreal Independent Film Festival and his short The Refrigerator earned the Best New Director Award at Brooklyn Film Festival. His feature film Trivia Night won the Best Feature Film Award at the Omaha Film Festival and is now available on Amazon Prime. Currently, he is developing Influencers, as well as a short horror film for Hulu. 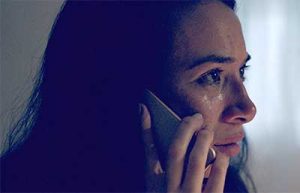 ABOUT JULIE ANN EARLS: After starring in the Off-Broadway play Puffs, Earls was the the lead role in several PSA’s for UN Environment as a spouse breaking up with plastic. She also played Cleopatra in a Wegman’s commercial, and a Zenned out hippie in an Arm and Hammer ad. She’s half Filipina and half Irish.

ABOUT ALEX MANDELL: Alex Mandell starred in the Broadway production of Hand to God, as well as Bad Jews. 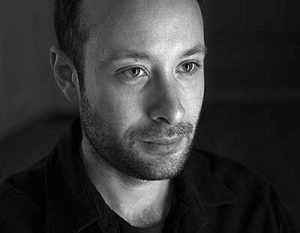