Well known celebrities wearing expensive gowns, suits and wardrobes gathered in the same room for a night of acknowledgment. This is the routine for Hollywood’s extravagant extravaganza. Normally, Oscar night proceeds in predictable order starting with a red carpet and ending with honorees being showered in celebratory praise for their outstanding achievements, but this year was rather unpredictable and unsettling for both the celeb audience and those sitting at home watching. Well, that’s how I imagine it. 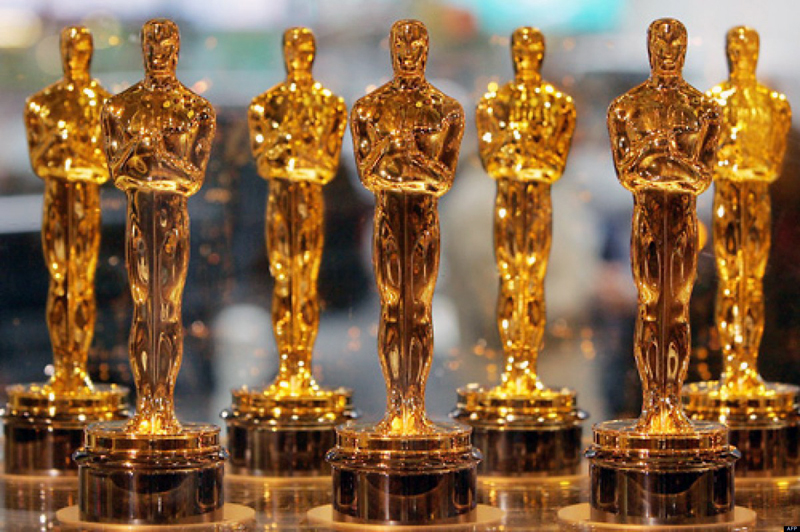 I was uncomfortable. Mostly because of the jokes he made. I felt a lot of Chris Rock’s race jokes were unnecessary and didn’t really chastise Hollywood about it racial issues though some of his wise cracks did seem to mock the racism African Americans face in the film industry, such as the joke about African Americans back in the day not worrying about such a trivial matter because they had to worry about their grandparents being lynched.

I felt his performance was too over the top, and it was unsettling to watch since ancestors of guests in the room were responsible for inflicting such harm. The well known actress Jada Pinkett Smith said in interviews that she was boycotting the Oscars because of the lack of diversity in the nominations. Her husband Will Smith also boycotted but only in support of his wife.

Other celebrities  agreed to boycott with the Smiths, such as movie producer Spike Lee, actor Tyrese Gibson and artist Snoop Dogg.“ My office phone rings off the hook with the media asking me my opinion about the lack of African-Americans and this year was no different,” Lee said on Instagram. “For once, (maybe) I would like the media to ask all the white nominees and studio heads how they feel about another all white ballot. If someone has addressed this and I missed it then I stand mistaken.”

The history of the African American in Hollywood supports Spike Lee’s position. Viola Davis, during her acceptance speech at the Emmy’s made it a point to say,” You cannot win an Emmy for roles that are simply not there.” It’s difficult for Women of Color to get jobs besides the stereotypical characters, like the TV mistresses in Scandal (Kerry Washington), Being Mary Jane (Gabriel Union), or the hard knock life film, PRECIOUS.

Even though most black actors and actresses agreed there’s a lack of roles for African Americans, they don’t totally agree on the causes of the situation, which is where the divide of the boycott starts. Actresses Whoopi Goldberg (SISTER ACT) and Janet Hubert of TV’s Fresh Prince opposed the boycott for what they said was misdirected anger and trivial importance compared to bigger issues.

“It’s not that the problem that the people who are nominated are too white,” Goldberg said on an episode of her show The View.

“They’re not looking at a movie and saying, ‘Oh, that’s very white. I’m not going to nominate that black movie. They’re not sitting there like that! What the problem is, the people who can be helping to make movies that have blacks and Latinos and women and all that – that movie doesn’t come to you. Because the idea is that there’s no place for black movies.”
Goldberg on The View said the problem was the lack of diversity in casting. That leads to a lack of representation, which stems from the ideology that no one wants to watch movies with black people in them. In addition to her interpretation of misdirected anger, Goldberg said the boycott was a slap in the face to Chris Rock, the host of the evening.

“To boycott him seems just as bad as what everybody’s saying,” said Goldberg. Janet Hubert disagreed because she thought it was minuscule when compared to the challenges African Americans face everyday. “The second thing, girlfriend, there’s a lot of shit going on in the world that you all don’t seem to recognize,” Hubert’s said in her interview. “People are dying. Our boys are being shot left and right. People are starving. People are trying to pay bills. And you’re talking about some motherfucking actors and Oscars. It just ain’t that deep.”

Chris Rock did not comment on the issue until after the event took place. Because of his silence, the media speculated about what he was going to do. “ I think that Chris Rock shouldn’t host it,” said Jason Croft, 27, senior at Queens College, who wore grey sweats and shirt during his interview. “ I think he should support the cause, but at the same time I understand he trying to get paid like everyone else.”

On the night of the event, Rock confronted the controversial matter head on. He opened the show up with a 20-minute monologue about Oscar So White.

Rock described Hollywood as racist, and joked many times about the African American race to get his point across. He exaggerated that African Americans were too busy in the 60s looking at their grandparents being lynched for them to protest. This was Rock’s way to discuss race. He said that race has always mattered, but it’s just that now so many African Americans are speaking up about it.

Rock cut loose with other racial jokes, like one of Stacy Dash Stacy Dash, regarding her comment, “Happy black history month,”  knowing earlier in the month she had been reported in the news account saying that the historical month should be eliminated. Rock also joked about homicides committed in the African American community by police officers.

“This year, in the In Memorial package, it’s just going to be black people that were shot by the cops on their way to the movies … yes I said it,” said Rock.

Many African Americans, based on this reporter’s interviews and reviews of numerous news stories, were divided about Rock’s performance. They couldn’t decipher whether he was mocking Hollywood’s racism – AKA lack of diversity – or resorted to a delivery that wouldn’t alienate whites. I believe Rock still managed to explain what African Americans want, that is to be provided with the same opportunities as their white colleagues.

Alexa Ellis can be reached at alexa.ellis90@gmail.com