DOC NYC, America’s largest documentary festival, runs November 10-17 at the IFC Center, Cinepolis Chelsea and the SVA Theatre. The 7th annual festival includes 111 feature-length documentaries (and 102 shorts) and will showcase over 250 films and events overall, with more than 300 filmmakers and special guests appearing in person. The festival also features DOC NYC PRO—a series of in-depth panels and masterclasses—and the Visionaries Tribute awards ceremony honoring major figures in the field of nonfiction film. DOC NYC is produced by the IFC Center. 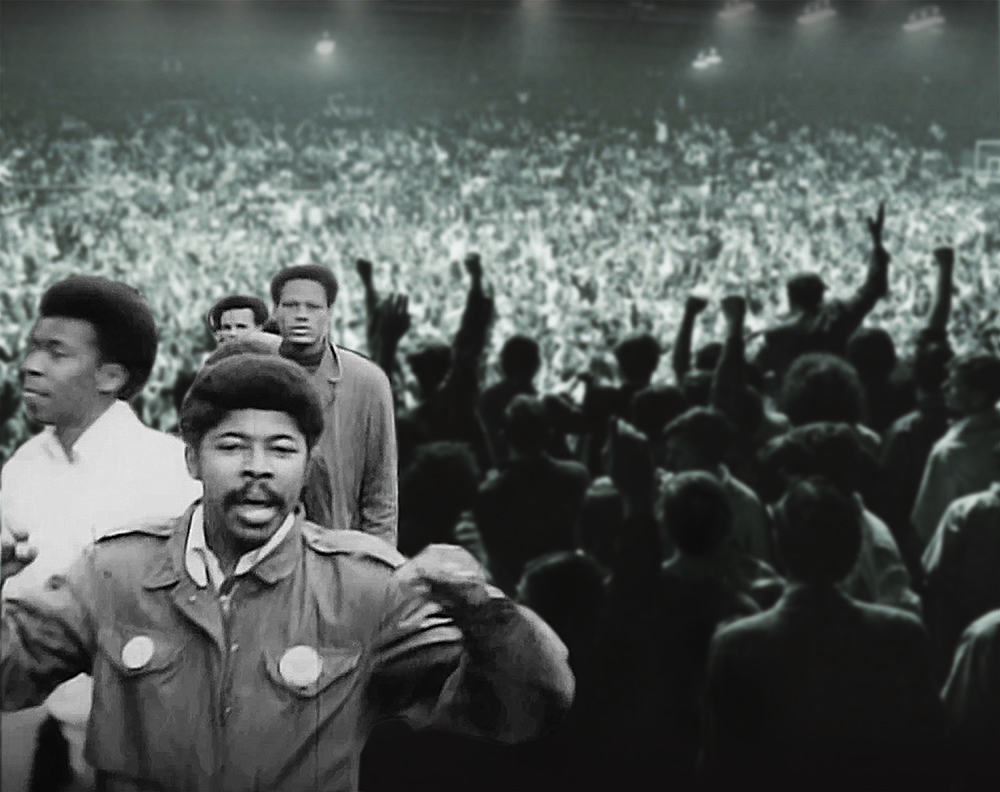 NYC PREMIERE – As students of color began arriving on college campuses in unprecedented numbers in the late 1960s, they found institutions ill-prepared to adapt to diversity. Unwilling to accept the absence of their unique cultures and histories, or to ignore prejudicial treatment, students mobilized for black and ethnic-studies programs, even taking up arms when necessary. Focusing on seminal struggles at San Francisco State and Cornell University, Agents of Change powerfully demonstrates this sadly still topical call for inclusivity in education. (66 min.) 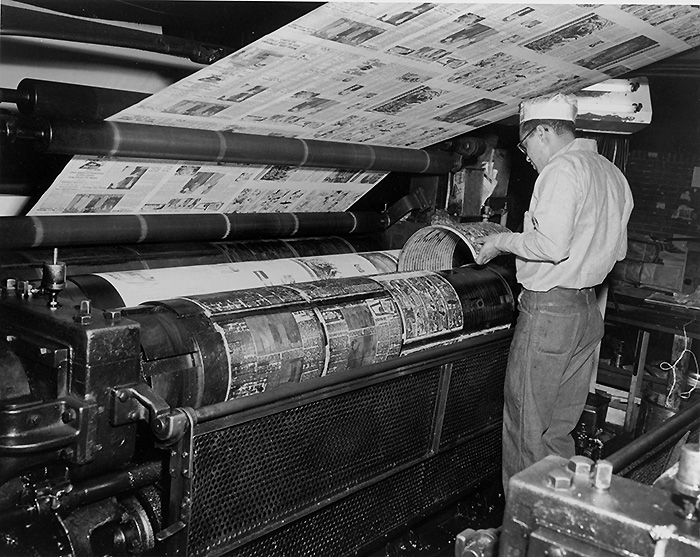 Last year, Stanley Nelson’s film The Black Panthers: Vanguard of the Revolution was on the DOC NYC Short List. This year, as he receives a Lifetime Achievement Award at the Visionaries Tribute, we bring back his breakthrough film The Black Press, which traces the history of African-American journalism. Throughout the 20th century, papers like the Chicago Defender and Pittsburgh Courier catered to a community ignored by white publishers. Nelson traces the rise and fall of this alternative press. (86 min.) In person: Director Stanley Nelson

NYC PREMIERE – Saxophonist, composer and tireless innovator John Coltrane expanded the frontiers of the jazz idiom, introducing elements from musical traditions the world over. From his magnum opus A Love Supreme to his magical cover of “My Favorite Things,” Coltrane always pushed his music to search deeper and farther. That he accomplished everything he did before his death at age 40 is at once heartbreaking and inspiring.

In Chasing Trane, veteran documentarian John Scheinfeld (The U.S. vs. John Lennon) explores the life and work of this singular artist. The film makes inspired use of archive materials, animated murals, readings of Coltrane’s own words by Denzel Washington and a wealth of new interviews. The list of participants is catnip for music lovers: jazz elder statesmen Wayne Shorter, Sonny Rollins and Reggie Workman; rock legends Carlos Santana and John Densmore; and younger artists such as Common and Kamasi Washington. Scheinfeld also speaks with critic Ben Ratliff, philosopher Cornel West and Coltrane fan Bill Clinton. Their testimonies are eloquent, but there are moments when they fall speechless, reminding us that such powerful music touches something that is beyond words. (99 min.) In person: Director John Scheinfeld

NYC PREMIERE – While the Dominican Republic has protected much of its woodlands, its border neighbor Haiti has seen mass deforestation in the past few decades. As a result, a black market in charcoal production has developed via illegal logging on the Dominican side. When the body of a patrolling Dominican park ranger is found, his brutal murder exposes long-simmering tensions that boil over into xenophobia and racism, jeopardizing the lives of the most vulnerable in both nations. Courtesy of Participant/Univision. (73 min.) In person: Directors Juan Mejia Botero, Jake Kheel

NYC PREMIERE – In 1983, Fannie Haughton, a young activist and teacher inured to injustices facing African Americans, sought a haven for her family in Grenada, an island nation that had seen an Afrocentric revolution just four years prior. Not too long after, the island was invaded by the U.S. military, and the dream of a socialist utopia became a victim of Cold War politics. Haughton’s son Damani Baker revisits this story, couching it in a larger tale of black activism, as embodied by his mother. (78 min.) In person: Director Damani Baker, subjects Fannie Haughton, Kai Baker

NYC PREMIERE – Time travel has long been the stuff of science fiction. For Ron Mallett and Rob Niosi, it’s been a lifelong obsession. A childhood tragedy set Mallett, an African-American theoretical physicist, on the course to find a practical way to conquer time, leading to intriguing discoveries. Niosi’s interest also is rooted in his past, as the Hollywood animator becomes consumed with constructing a full-scale replica of the time machine from the 1960 adaptation of H.G. Wells’s The Time Machine. (82 min.) In person: Director Jay Cheel, subjects

NYC PREMIERE – Off the Rails tells the stranger-than-fiction story of serial MTA imposter Darius McCollum, who has been jailed more than 30 times for illegally driving buses and conducting subway trains. After finding sanctuary from childhood bullies in the subway, McCollum, who has Asperger’s syndrome, developed an obsession with the transit system. Though he has never missed a stop in his unorthodox 35-year “career” operating mass transit vehicles, unforgiving authorities have damned him to the revolving door of the criminal justice system. Opens on Nov. 18 at the Metrograph Theatre. (89 min.) In person: Director Adam Irving

WORLD PREMIERE – From executive producer Bill Moyers and a team of producers that includes Marc Levin (Class Divide) comes the first film to focus exclusively on former detainees of Rikers Island, offering searing testimonials about the deep-seated culture of systemic violence and corruption that has plagued the notorious NYC jail for decades. From the trauma of entry, through the jail’s brutal systems of control and punishment, to the challenges of life after prison, Rikers serves as an indictment of mass incarceration. (64 min.) In person: Producers Marc Levin, Mark Benjamin, Rolake Bamgbose; Executive Producers Bill Moyers, Judy Doctoroff O’Neill

WORLD PREMIERE – Since 1956, Sainte Trinité Music School has brought classical music into the lives of thousands of Haitians. Its director, Father David Cesar, has established music programs throughout the island nation, helping make music education accessible to all. In the wake of 2010’s catastrophic earthquake, the school is destroyed — but Father Cesar, his faculty and their students refuse to let Sainte Trinité disappear. Filmed over seven years, Serenade for Haiti is a poignant testament to resilience, hope and the power of music. (70 min.) In person: Director Owsley Brown

In memory of Roland Legiardi Laura, who passed away earlier this year. Three New York teenagers find themselves profoundly changed by a radical poetry workshop. Putting pen to paper they’re able to imagine a future where fathers aren’t in jail, mothers aren’t abusive and college isn’t something you only see on TV. Can their words turn dreams into reality? This celebration of great teachers, poetry and self-empowerment won DOC NYC’s inaugural Metropolis Jury Prize and Audience Award in 2010. (87 min.) In person: Directors Edwin Martinez, Deborah Shaffer, Amy Sultan, subjects

This free screening is co-presented with the Mayor’s Office of Media and Entertainment as part of 50 Years of Magic, celebrating 50 years of film and TV production in New York City. Tickets available online (service fee applies) or in-person at the box office.

NYC PREMIERE – After a two-year period during which numerous African-American women were reported missing in Cleveland’s crime-ridden Mount Pleasant neighborhood, a reported rape leads police to a grisly discovery: a serial killer, ex-convict Anthony Sowell, operating virtually in plain sight. Why had police failed to investigate the missing-persons cases? Why did neighbors turn a blind eye to Sowell’s activities? Using the wrenching testimony of survivors, Unseen poses disturbing but necessary questions about marginalized lives and criminal justice. (77 min.) In person: Director Laura Paglin

Claiming a space for representations of lesbian and gay African Americans, and providing an unprecedented opportunity for black families to address issues of sexuality, identity and personal history, Harris’s bold, impressionistic film focuses on three sets of queer siblings, including the director and his brother, artist Lyle Ashton Harris. (72 min.) In person: Director Thomas Allen Harris

O.J.: MADE IN AMERICA
Dir: Ezra Edelman
More than 20 years later, Ezra Edelman revisits not only O.J. Simpson’s infamous “trial of the century,” but the story of his entire life. Courtesy of ESPN Films.

OF NOTE AMONG SHORT FILM PROGRAMS:

Of Special Note: Awards Given to Stanley Nelson & Dawn Porter

A DOC NYC Lifetime Achievement Award will be given to Stanley Nelson, who has distinguished himself both as a filmmaker and as a champion of nurturing new voices through his organization Firelight Media. His directing credits include Black Panthers: Vanguard of the Revolution, Freedom Summer, Freedom Riders, Wounded Knee, Jonestown: The Life and Death of Peoples Temple, A Place of Our Own, The Murder of Emmett Till, and Marcus Garvey: Look for Me in the Whirlwind. The other Lifetime Achievement Award recipient this year is Jonathan Demme. Past recipients are Jon Alpert, Chris Hegedus, Barbara Kopple, Albert Maysles, DA Pennebaker and Fred Wiseman.

The Robert and Anne Drew Award for Documentary Excellence, given to a mid-career filmmaker distinguished for observational cinema, will be awarded this year to Dawn Porter. Porter’s latest film Trapped, about abortion providers struggling to stay open in the South, screens at DOC NYC as part of this year’s Short List and previously won a Sundance Special Jury prize for Social Impact Filmmaking. Her previous films include Gideon’s Army and Spies of Mississippi. The award’s name celebrates Robert Drew, who pioneered the documentary style that came to be known as American cinema vérité, and his wife Anne, who was his filmmaking partner for more than four decades. The two previous recipients were Kim Longinotto and Laura Poitras.