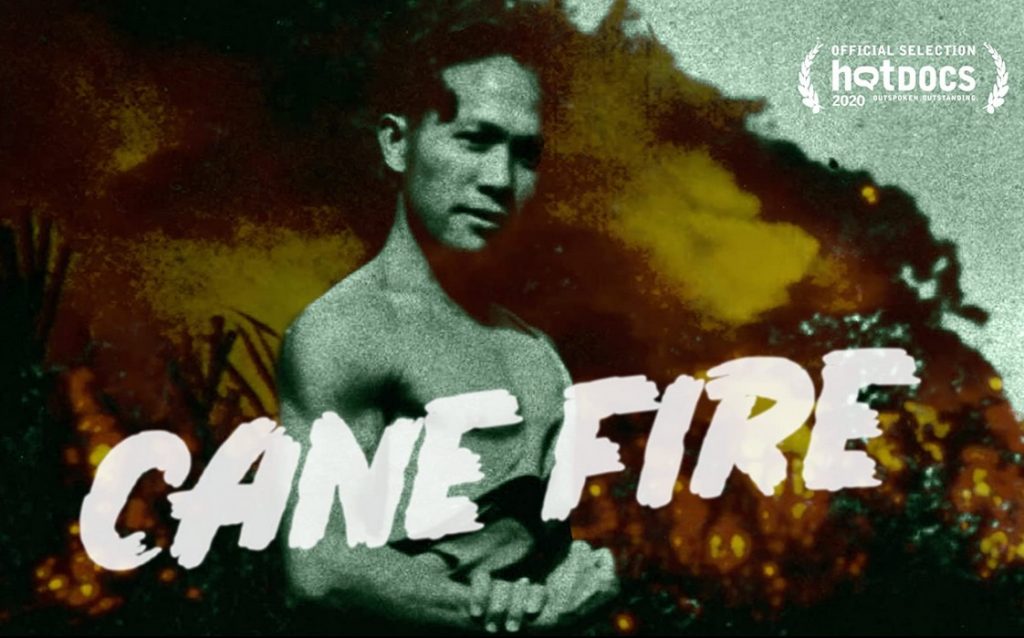 Many vintage Hollywood films were made on the Hawaiian Island of Kaua’i. Director Anthony Banua-Simon’s great grandfather Albert Banua, as an extra in the 1930s. Picture courtesy of Hot Docs

Director Anthony Banua-Simon’s CANE FIRE is a sobering memoir with the soul of a polemic – and panache. This five-star documentary at the Hot Docs Film Festival Online  made this writer imagine he was witnessing a cinematic walkabout of the Hawaiian Island of Kaua’i and that Banua-Simon was on a mission to tell the truth, the whole truth and nothing but the truth, literally and figuratively, about the apocryphal image of the Hawaiian island of Kauaʻi as a paradise of paradises.

He went about researching his CANE FIRE as if seeking out every nook-and-cranny of source information  human and archival, familial and nonfamilial, as well as imaginatively using footage of fanciful vintage Hollywood movies and marketing-publicity paraphernalia to chronicle the oppression of the indigenous and the working class islanders whose serfdom serves the avaricious The Powers That Be who rule the tourist industry, the lifeblood of the island.

Overpowered by police, other armed forces and a corrupt political system, generations of industry field workers have been forced into virtual indentured servitude that has them working at slave wages as they try to live and raise families.

One feature of the many features that makes CANE FIRE compelling is how he avoids the cringe-and-shudder factor that could make audiences shy away from a film that is unflinching about the glum and grim realities of real life on the island. It is not a paradise for those who labor to keep tourism going. Interviewees, for example, especially the director’s cousins, his great uncle and others, are candid about the poor conditions of their lives but there is no wallowing in despair, no whining about their fates. They have not given up hope, however.

Some are activists fighting in the limited ways the best they can. Others open unabashedly about how they deal with the narrow options available. 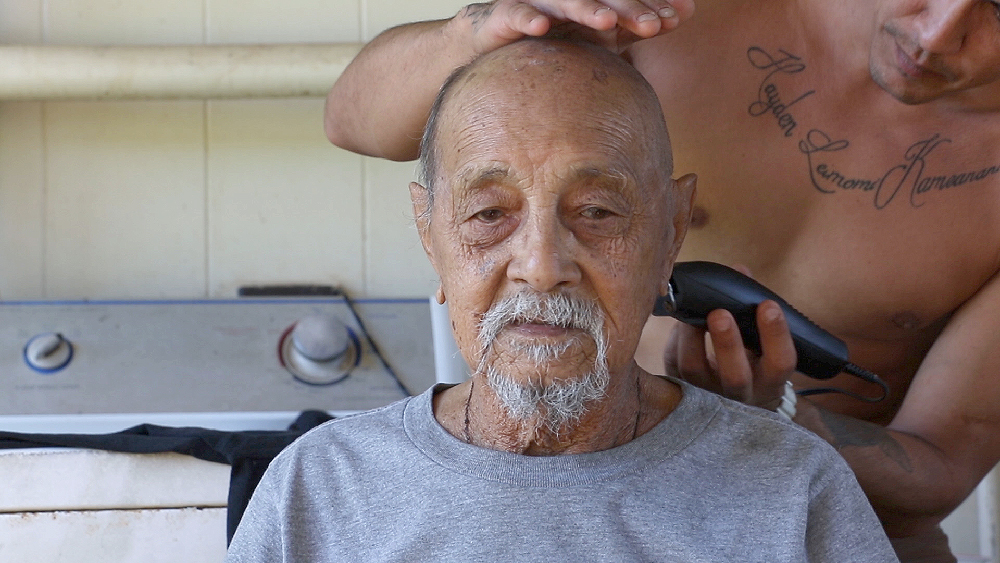 What this writer refers to as Banua-Simon’s walkabout is similar to the missions and adventures of anthropologists, sociologists, ethnographers as well as investigative journalists (bent on revealing corruption), except Director Banua-Simon, like a savant, wields that wand of magic that filmmaking allows. Let’s face it, the results of a lot of scholarly research can be mundane if not ponderous for a general public, with a lot ending up archived in narrow niches for scholarly types.

A good doc rooted in facts or a narrative film with decent verisimilitude can result in a much broader reach. A five-star is, regardless of genre, can be even more and with panache to boot. This is a movie to see at Hot Docs and wherever it’s distributed after the fest.

As I’m writing this review of a five-star gem …

–  … the menace of the COVID-19-Pandemic & Donald Trump Et. Al. are resulting in a klieg light on the historical, tolerated, social, political, cultural, economic, racial, gender and class inequities that have flourished for year and years in these here United States, keeping the USA from living up to its promise of Life, Liberty and the Pursuit of Happiness.
– … states of emergencies are being declared as massive civil protest, unrest and violence bordering on the apocalyptic have been catalyze by a 10-minute video taken by 17-year-old Darnella Frazier – black, female, intrepid – of George Floyd, black, male, being murdered in plain view by a Minneapolis police officer.

There is an occasional visceral flush that all the intolerable iniquities here and there are related. 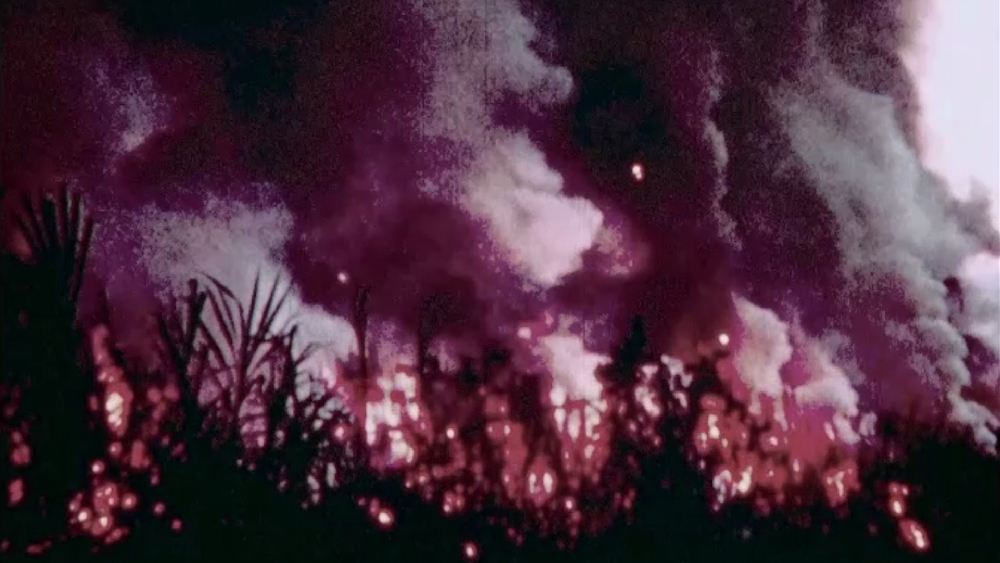 16 mm archival footage of a cane fire being documented by a Kauai sugar plantation in 1957.

Succinct Historical Notes: In 1933, Filmmaker Lois Weber showed up when the sugar and pineapple industries were the dominant industries. She made WHITE HEAT which later became CANE FIRE,  about a white plantation owner obsessed with a gorgeous local woman hoping their affair would improve her life. In the film’s climax, she burns down the plantation. Why? Ya’ Gotta’ See the Movie.

Director Banua-Simon’s great grandfather Albert, who was born in the Philippines, emigrated to Kala’i and managed to get hired as a singing extra for Weber’s movie. But the mistreatment and oppression that he and other workers experienced compelled Albert to become an union organizer. His activism angered the bosses and they punished him with a demotion that required him to dig ditches to bring home the bread. He did that side-by-side with his sons, including Director Banua-Simon’s, great uncle, Henry.