They attacked in the wake of news accounts of Special Counsel Robert Mueller’s indictment of a dozen Russian agents and several Russian corporations as part of his investigation into interference in the 2016 U.S. election. 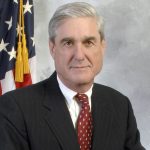 The New York Times reports, for example, said that a number of Twitter accounts with links to Russia moved quickly to take advantage of the attention focused on the mass shooting in Parkland, Florida by posting hundreds of updates related to the event and using popular hashtags.