The first virus case in New York City was reported in in March, 2020. Though, according to some news reports, it had been around since January. By March 27, boom! – more than 23,000 cases confirmed and 7,000 more by the end of the month. New York City had the worse blight in the country in the blink of an eye. There were over 2,000 deaths by April 6. My fate was being influenced well before I felt the consequences.

On March 20, the governor’s office issued an executive order closing non-essential businesses. Big Apple public transportation was reduced. Hundreds of thousands of New Yorkers were out of work by April. Low end jobs in retail and restaurant were dead or rotting on the vine. The Big Apple was shutting down.

I became distraught, felt as if my passion was being drained, though I was wrapping up my major in media studies and minors in theater and film. I am an actress surviving with plans to thrive. There is a big difference between surviving and thriving. I have learned to adapt. I rarely leave my apartment and if I do, I am wearing a face covering and staying 6 feet from anyone in sight. From the window in my apartment for so long I watched Autumn working its magic, leaves turning from green to orange to brown and then falling to the ground.

The severity of the pandemic took millions of everyday people by surprise – even more so, I think, college students; maybe even more so for seniors like me being menaced by what CNN reported as “The deepest recession since the great depression.”

During 2020, numerous news media outlets reported on the concerns of graduating seniors with headlined stories like “What’s It Like to Graduate Into a Recession” and “Are there jobs left for the class of 2020.”

The Misfortune of Graduating in 2020 – The Atlantic and What’s It Like to Graduate Into a Recession? We Asked the Class of 2009 and The world hasn’t seen a recession this bad since the 1930s. The recovery is far from certain – CNN

Maizy Pareja, a junior at Baruch College, said in an interview for this assignment that the job market was “terrible.” “My classmates say they are rethinking their majors because of the lack of opportunity due to the pandemic. The pandemic has postponed a lot of projects and has created a place of working-to-survive,” said Pareja, 20, majoring in arts administration and minoring in anthropology.

Romello Huins, however, said he believed the job market will not be an issue for him. “ I made connections for myself unlike a lot of the students at my school who don’t know how to put themselves out there,” he said. “I found a formula that worked for me to design from home and get paid for.”
He also said his job as a scenic designer is ever moving. Huins is majoring in scenic design and minoring in creative direction. He lives in Brooklyn.

“Being able to still put myself out there and figuring out ways to make my skill as useful as possible is how I’ve been able to survive this storm,” said Huins, 22. 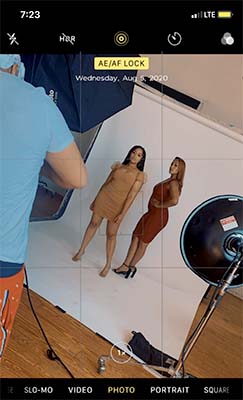 In August an old college friend who works for a clothing brand asked me (Diana Olivares) to be in a photo shoot. I happily said yes although modeling is not my focus.

Reviewing social media for this assignment, such as Twitter, Instagram and TikTok, I came across accounts of actors and theater goers saying theater is dead. Broadway performers expressed their concerns about the loss of their dream jobs. Some mourned the loss of Broadway actor Nick Cordero to COVID.

Performers on TikTok joked that their arts training was useless because it is not hands on. Performing arts students in the Hunter theater department told me they worried their training might not help them and that they didn’t expect things to get better. I also read in an article in Variety, “Theater might not survive the coronavirus.”

Before the pandemic I took in-person acting, voice and dance classes. I also took many film courses that were hands-on and allowed me to learn interviewing, working with actors and on-set production. Around the time the pandemic was flexing its wings, I was studying film in Madrid, expecting a six-month living experience but COVID took those six months and turned them into two.

But I had some of the best times of my life. I remember thinking at the time that something bad is going to happen since everything was going so well.

After my trip was cut short I returned home in the Bronx and bought equipment to do things I always had wanted to do but never had the opportunity to do. I purchased microphones, interfaces, camera, tripod, a lavalier mic, camera mic, clapper and I built a home studio in my closet in what we call the projects which to others is NYC public housing. I recorded my first EP in one month during quarantine.

I auditioned a lot during quarantine through online self-taped auditions which have increased immensely due to COVID. In film and television it is rare to see a woman of color as a lead actor.

I spent a lot of my savings. I planned to be on the big screen – in motion pictures that premiere in movie theaters all over the country and in streaming services that can be seen all over the world. I am working towards becoming an international artist in the future. Lots of planning and anticipating, that’s what I’m doing. I have to put myself there because no one else will.

I work on scripts and I freelance creating promotional and marketing content for small businesses. I plan to be prepared when the time is right to record my short film.

I enrolled in Hunter’s Study Abroad Program to get to Madrid which I regard as a kind of Manhattan. Madrid is very similar to Manhattan. For example, it has a Broadway, an area of stellar entertainment venues with plays and musicals. So, Lion King was playing there. They have all these things, entertainment, which is the center of Madrid. Then, if you leave the center, you would end up in the outskirts, which is less populated. And it’s not very… there’s no specific way of me to explain it, except to compare it to Manhattan, just because it’s like a small version of Manhattan.

Basically, the Spanish that they speak is … the Spanish that we speak in the Dominican Republic is a dialect. So, we have slang words, and we tend to cut words. So we understand each other, and other Latin American countries understand. But for me to go to Spain and speak in Spanish, I had to ensure that I was being understood. I would make sure that I was saying all the words properly.

For the Travel Abroad program there’s this thing there that they call CIty Life Madrid. It’s basically hosted events with a lot of students who are international and are studying abroad … we would get together. There would be an event every week to meet up with people at a bar, and everyone would have flags from their countries. You would go up to the people from countries you were interested in. So it’s mostly… the thing about Spain is that drinking is a very, very, very big part of their culture. 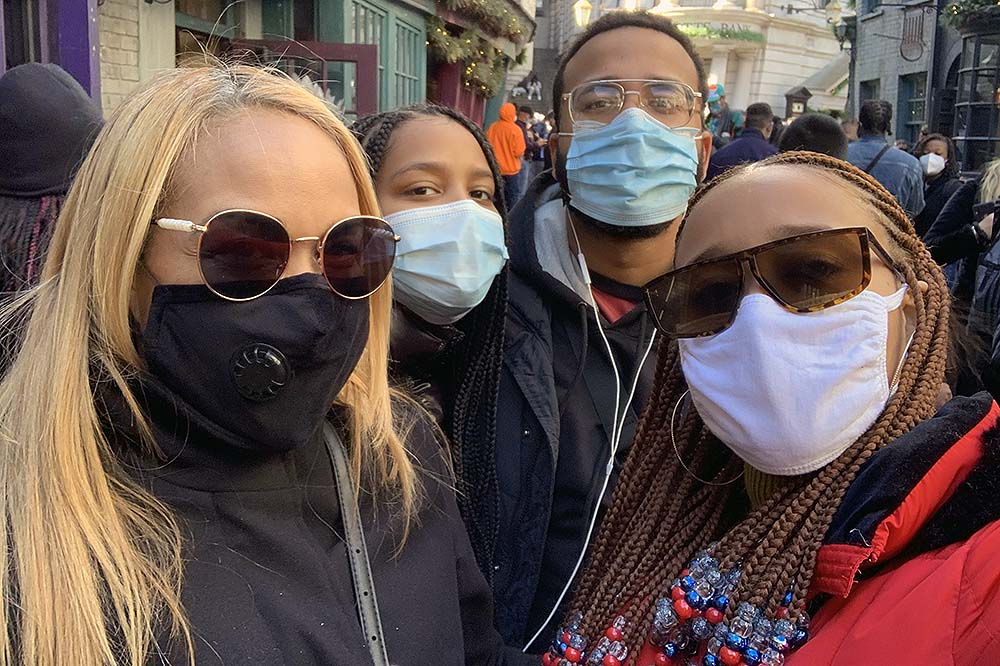 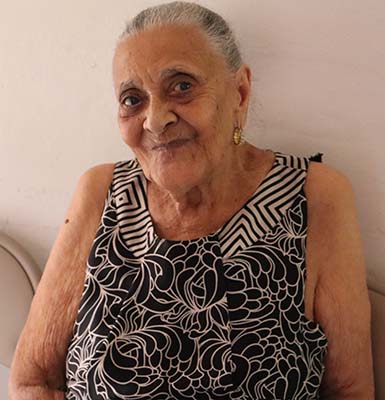 My grandmother, 96, in November of 2020. Picture taken in my hometown of San Francisco De Macoris, Republica Domincana. She died Wednesday, March 24, 2021. My cousin, traveling with her children, brought COVID to her door. Copyrighted photo © by Diana Olivares.

Diana Olivares can be reached Diana.olivares39@myhunter.cuny.edu

← Damn the Pandemic, Full Speed Ahead
I and My Brother, Mom and Grandmother Tested Positive. “We spent our days in bed binging on Netflix series, reading books, and reassuring friends … that we indeed didn’t need any more borscht”
Late Breaking News.
ReelAbilities Film Festival →