Wrapping Up, Including The OMG Scene AKA The Scene That Will Not Be Spoiled in This Article 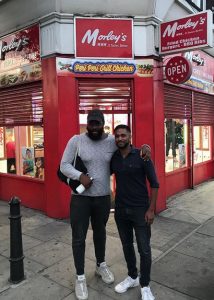 I’m working on a TV series with one of our networks out here called Channel Four. They’re probably one of our biggest ones. I wouldn’t know what if to say its the equivalent oin the U.S. is, but they did a really well-known series called END OF THE FUCKING WORLD, which was on Netflix. And they also did Humans.

Okay, amazing. So, it’s that one, that’s the network that I’m developing a TV series for. So, yeah, I’m working on that at the moment, it’s definitely a passion project. I’ve had the idea for a good eight or nine years, and always felt that it was the best idea I’d ever had, and it’s definitely still up there as one of the best ideas I’ve ever had, but I only finally started working on it about two years ago.

And when I first had the idea, I never really felt like I was ready to write it, I thought I needed some years to work on my craft and get better as a writer. But also, it’s a very, very big story, and it’s a story that again, plays with time, but also it is not just… it’s set in at least two different countries, which is the U.K. and the U.S., and so I had to come to just really know what I wanted to say and what that story was supposed to be before I got to work on it.

But that’s where I’m at now, I’m currently writing the pilot, or I just finished writing the first draft, actually, of the pilot last week. And yeah, that’s a good experience so far, I’m really enjoying, in fact, loving writing it, and I’m so happy that I gave it this time to wait to work on it, because it’s definitely the right for me to be working on it, both in terms of my ability, but also I think the story is more necessary now than ever, and so, yeah, I’m glad about that. That’s one of the projects I’m working on, but that’s, yeah.

Okay. I think I’m sort of lost with the Tribeca film calendar [because of the amazing pirouette TFF did because of NY&NYC Powers That Be decisions shutting down the Big Apple film festivals – among other things]. Where are people going to be able to see your film?

The million dollar question. I’ve been asked that for so long. The honest truth is, even before Corona happened, I had no idea what the answer … and now I’m even more clueless. What I will say is that, prior to Corona, the aim was to, the dream was to have a fantastic festival run for about a year, and then finally release it in some capacity. I don’t know how, whether it would be online, whether it be … short films are rarely ever picked up [inaudible 00:18:09] by a production or distributor to put it somewhere, but if that happened, that would also be amazing.

But yeah, certainly my eventual goal is for this film [NO MORE WINGS] to be widely seen and yeah, that will be what happens eventually. I don’t know when, but I absolutely want as many people to see it as possible. I, and I’m sure this is something that you can relate to, I feel quite privileged in the amount of really beautiful pieces of work that I get to see, especially the indie films and the films that I see at festivals, which, and what tends to be sad, is that so often those films don’t get a longer life beyond that festival, beyond the two or three screenings, because the distributor doesn’t pick them up. And that is certainly not what I do with my work.

In an ideal world, of course, the distributor would pick up, that would be amazing, but also there then the reality of short films, and what I do know for sure is that, in one way or another, this film will be available, it will be widely available to everyone at some point. I don’t know when that is, but for now, it’s just seeing how things play out in festivals. Tribeca, of course, is our [inaudible 00:19:27] premiere, and we’ll see which other festivals [inaudible 00:19:30] operate over the next 12 to 18 months.

Our Interview connection originally started off with him surprising me with a FaceTime call. My first. I wasn’t set up to tape. There was a fumble when I asked him how he was dealing with the pandemic. That’s an introductory question of sorts.  Me fishing for an angle, theme, headline – hoping to churn up something no other reviewer, writer might consider. It’s also the equivalent to what journalists call a ‘throwaway question,’ to give the interviewer a moment to re-compose, say, an awkward moment. I was and am still dealing with the reality that the Grim Reaper, in the shape of the pandemic, is literally and figuratively threatening the lives of everyone on earth. Adeyemi responded and I got more than I anticipated.

You could ask one question and then I answer 10 without actually answering the one you asked. So, yeah, I can’t think of anything, but yeah, I’m happy and it’s just, even despite the circumstances which we’re going through as a world right now, which is way more important than anything else. I’m incredibly glad and grateful that my film was selected for Tribeca, I’m grateful that’s in that position, I’m so happy and proud of it, and so pleased with the incredibly talented human beings who made that film come together.

And right now the world is on pause, but yes, let’s fix the world first, let’s get back to good health and at the right time. In due course, things will … whatever’s supposed to happen with NO MORE WINGS will happen. I’ve always been someone who believes that everything happens as it’s meant to be, at the right time. And so, I can’t allow myself to be too disheartened during this period because, yeah, it’s not the end.

And actually that reminds me of a quote from the GRAND BUDAPEST HOTEL and there’s a quote in that film towards the end, where … [a character] says, everything will be okay in the end. If it’s not okay, it’s not the end. And that’s a mantra I carry in life. Yeah. It will be okay in the end. So, if it’s not okay currently, it means things are still ticking, things are still happening, you’ll get there.

You know what, that scene was the most difficult scene to nail. And if I’m honest, I would say that we didn’t nail it perfectly. And I knew we didn’t nail it properly when we were on set. I was so upset actually, I was so upset, knowing that we hadn’t nailed it. But you know, that’s what post-production’s for, and I think actually the power of. .. what I think is so special about that scene, what made it, I think what made or break that scene, which ended up making it, was the score.

…we secured it within hours of the deadline. Maybe four hours beforehand. Where we had someone who … we had a composer who was meant to work on it for us, and unfortunately, for no [inaudible 00:23:42] ill feelings or anything, he wasn’t able to … an emergency came up, which meant he couldn’t do it. I had to cast a net wide and far, asking whatever contacts I had, or whatever groups I could use.

There’s a Facebook group, I’m on a private Facebook group, which is for people in the film industry who are on a particular development program with BAFTA [British Academy of Film and Television Arts]  and the BFI [British Film Institute], and I just put it in there. I was like, look, I’m looking for a score of X, this long, I don’t know how to describe what I’m looking for. This is where the lack of directing experience definitely came. I’m like, I don’t know what I’m looking for, but I can send you a clip, and you can take a pass on it.

And I know that’s a big ask because, that’s asking a lot of people to do something which might end up being a waste of their time. And, thankfully, so just many people, for some crazy reason, were interested. I was inundated with emails that day, and actually, what was the most difficult bit, was because it was on the day of the deadline, I just remember that day so vividly. I was so miserable, because I just had to sit there, listening over and over and over again to different scores, one after the other, with absolutely no break, trying to find the right one.

And me and my producer, I was at home, my producer was in her home, we sent stuff to each other, and we talked about it, we finally found the one, which we thought was good, and even then I still wasn’t sure about it. I was like, well, I’ve not got a better option of finally – now, I absolutely love that score. I love everything about it. But, it was not easy, and, yeah, that scene was just so difficult to nail, so difficult.

And I think I knew it’d be difficult to nail, but not as difficult as it ended up being. From shooting it, to editing it, to deciding … Oh, wow. It was a lot. But I think that scene is the make or break of the film. Even when I wrote the script, I knew that that scene was what turned it from a good film to a great film, where I was like, that’s the money, that’s the money where that moment happens.

… so many different opinions of what they think it meant. Does this mean he’s been lying [Jude[? Does this mean, or is he telling the truth, but life just isn’t that simple. Are they the same people? Are they different people? Is this meant to be the older person giving it to the younger person? It’s this …  so many questions. And I’m just like, whatever interpretation you want to come with, is right, is right for you.

And actually, I think the different interpretations are more telling of the individual than it is with the story. What anyone decides about that scene, I think it is a reflection of who they are and how they see the world. And there’s no right or wrong answers, and there’s no good or bad … it doesn’t make you a good or bad person because of the way you see them. The same way I [inaudible 00:00:27:21], I always say to people, my [inaudible 00:27:23] character is a good person or a bad person. They’re just human beings, human beings do good things, human beings do bad things. Human beings do bad things but they mean good in doing them. Human beings do good things and they mean bad in doing them.

So, yeah, I’m really proud of that scene, that it could have still been better, but also I’ve let it go. I’m like, yeah, you know what, it did the job it needed to do. In fact, we’re not in a situation where I’m sitting here thinking, oh my god, no one gets it. Because everyone does get it, in their own way, but it still had the impact I wanted it to have. And the only person who will ever know what the [inaudible 00:28:06] could’ve been is me, who can see it in their head.

Because, really, I don’t even think I can see that version there anymore, because my brain is just overwhelmed by the version of it that I’ve seen a million times. 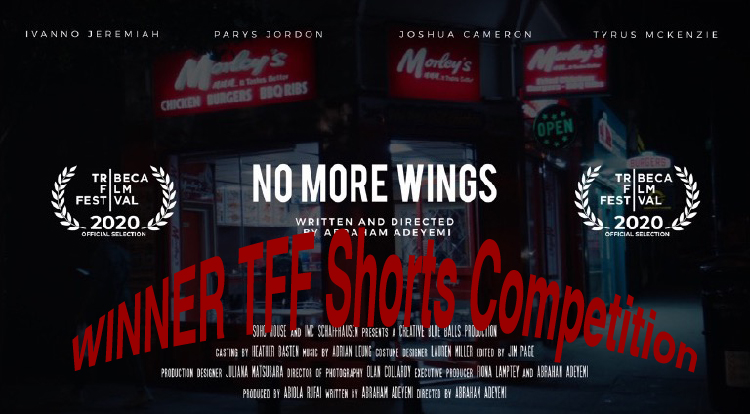