Chronicling the riveting history and personal experiences – at once liberating and challenging, harrowing and inspiring, deeply revealing and profoundly transforming  –  of African Americans on the road from the advent of the automobile through the seismic changes of the 1960s and beyond.

Their film explores the deep background of a recent phrase rooted in realities that have been an indelible part of the African American experience for hundreds of years – told in large part through the stories of the men, women and children who lived through it.

Drawing on a wealth of recent scholarship – and based on and inspired in large part by Gretchen Sorin’s recently published study of the way the automobile and highways transformed African American life across the 20th century – Driving While Black: African American Travel and the Road to Civil Rights (W.W. Norton, 2020) –  the film examines the history of African Americans on the road from the depths of the Depression to the height of the Civil Rights movement and beyond, exploring along the way the deeply embedded dynamics of race, space and mobility in America during one of the most turbulent and transformative periods in American history.

The right to move freely and safely across the American landscape has always been unequally distributed by race and powerfully contested in the American experience.  With urgent and powerful relevance to issues and dynamics at work in American society today – of race and class, gender, safety, law enforcement, automobile culture, recreation, personal freedom and national identity – this resonant and deeply moving history is at once revelatory, troubling and deeply inspiring for what it uncovers about the long road to justice in American history, and about the creativity, courage and commitment to change that makes it possible. 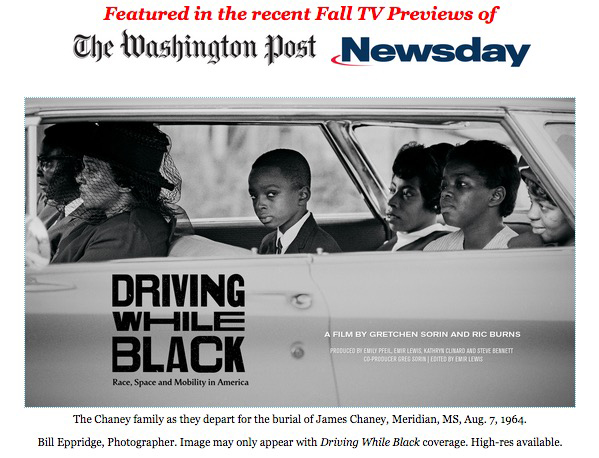 “I think this story resonates tremendously with Americans, both Black and white, because everyone understands and remembers driving or riding in an automobile, and many people have the experience of going on an annual family vacation,” Sorin said. “But while these vacations may be fairly universal American experiences, Black and white travelers went down parallel roads, and the experience for Black drivers on the road is something unknown to most white Americans. For African Americans, travel by automobile during the 20th century posed a paradox: although cars freed them from the tyranny of the Jim Crow bus or train, they faced intimidation and even violence when they ventured out on the road.”

Sorin, a Distinguished Professor and Director of the Cooperstown Graduate Program, started her research more than 20 years ago as an exhibition curator assembling visual records and oral histories of how the automobile provided greater mobility for Black Americans while further exposing them to systemic racism across the country. As she began her book, she approached Ric Burns to work with her on a film. Sorin met Burns while serving as commentator for his 1999 film NEW YORK: A DOCUMENTARY FILM.

“Working with Gretchen on this film has been one of the great joys of my life,” Burns said.  “Nothing is more American than the dream of mobility, which has throughout our history been accompanied by the reality of racism. Sorin’s research has allowed us to assemble a moving, visual story that shows the joy and liberation that accompanied the freedom promised by the automobile and the daily struggle for Black Americans to seek their independence in a country that, to this day, does not fully acknowledge how systemic racism defines much of our history.”

DRIVING WHILE BLACK utilizes a rich archive of material from the period — including footage, photographs, advertisements, road signs, maps, letters and legal records — and weaves together oral histories and the on-camera insights of scholars, writers, musicians and ordinary American travelers.

In addition to Sorin, DRIVING WHILE BLACK includes interviews with African Americans sharing their personal stories, along with some of the country’s leading historians, authors and journalists, including:

The film delves deeply into the history of The Green Book, the travel guide authored by New York City mailman Victor Hugo Green. From a first edition focused on the Northeast, Green expanded his guide to include much of the country, providing travel tips for African Americans driving, including safe and welcoming places to stop, dine and rest, as well as places to avoid, given the potential for racially motivated violence. “Vacation without aggravation,” the book advised African American families planning a road trip.

DRIVING WHILE BLACK reveals the urgency of challenging assumptions about inclusion and access to the American dream. As the historian Craig Wilder says in the film, “For me, the term ‘driving while Black’ isn’t just a slogan, it’s not just part of our political rhetoric, it’s not just something we say to remind ourselves of the persistence of racism in the United States. It’s a very personal experience of remembering, in fact, the anxiety, the fear, the concern that my mother and parents across the United States have as their children mature and as they try to equip them with the information that they need to negotiate our society.”

Gregg W. Morris can be reached at profgreggwmorris@gmail.com and gregghc@comcast.net

← Bombshell Trailer for a Bombshell Documentary
AFTER CLASS Film Review →