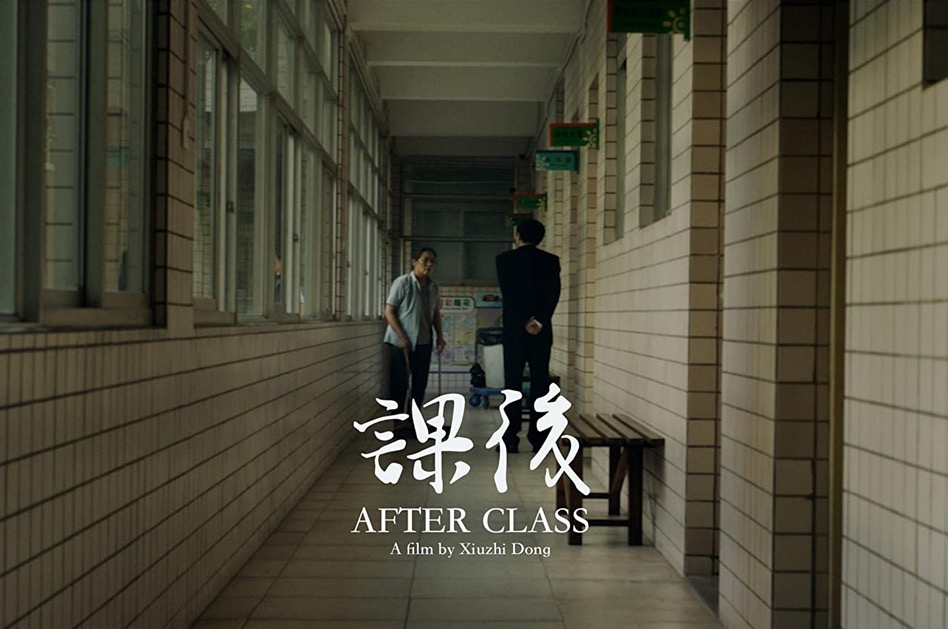 Attention viewers, there will come a time in this film when you will gasp like you’ve never gasped before because of a brilliantly done scene in a exquisitely made film with flawless cinematography. You should also prepare yourself for a tapestry of spell-binding irony. AFTER CLASS has incredible poetic muscle.

A struggling single mother, moved by the plaintive pleas of her young daughter, takes great risks, to get her enrolled in a local school – at all costs.

Director Charles Xiuzhi Dong’s 15 minutes of picture-perfect scenes, exquisite and telling, was awarded the top Oscar qualifying prize at Short Shorts Film Festival and Asia (Japan). WIth the way things are taking place around the world and this country, AFTER SCHOOL has a familiar cinematic ring bout a single, hard working mom willing to do whatever she can muster to help her young daughter. But it’s the sumptuous way that Director Xiu tells the story with impressive acting by principal and supporting actors, imaginative cinematography, a suspenseful plot with several surprises, a film score poignantly sweet.

The plot:  Eight-year-old Su Min and her mother live in the slum of a big city in China (but the story could be about life in New York and other urban metropolitan areas). Mom and daughter make ends meet with mom cleaning toilets and her daughter Su Yin searching through garbage for stuff that might bring a few bucks from a junk dealer.

Su Min dreams of going to school and scenes of her interacting with students enrolled in the school of her dreams resonate. And?

Su Min. You can just make her out in the vastness of the school yard. Picture courtesy of London Flair PR.

Award-winning Chinese director Charles Xiuzhi Dong, based in Los Angeles, received a BFA at NYU’s Tisch School of the Arts and was recently accepted to the American Film Institute’s directing fellowship. AFTER CLASS and another short, COOKIE HEART, have screened at numerous high profile international film festivals. His feature documentary debut, AN ANSHAN STORY, is a memoir of his family saga, post-Chinese cultural revolution history.

Executive Producer Brenden Hubbard. An award-winning filmmaker, director, and producer who has managed productions and festival runs for a variety of films since 2012, including the 2013 Academy Award-winning film CURFEW, as well as the subsequent feature, BEFORE I DISAPPEAR (IFC Films).

He has since been involved with over 60 productions including the winner of the 2015 Sundance Jury Award, OH LUCY!, CUL-DE-SAC (2016 Toronto International Film Festival), THE VANISHING OF SIDNEY HALL (A24, 2017 Sundance Film Festival) and his directing debut THE HELPING HAND which screened at the 2019 Cannes Film Festival and is distributed through Dust.

Stefan Nachmann. A German-born Director of Photography, who recently won the Grand Jury Prize for “Best Cinematography” at IFFNY for his work on ‘COOKIE HEART’, a 16-Minute One Take Film. Another short film he shot, AZIZ, based on a true story, was a semifinalist for the Student Academy Awards of 2019.

Gregg W. Morris can be reached at profgreggwmorris@gmail or gregghc@comcast.net