The most moving and inspirational movies, in this reviewer’s opinion, are those that compel us to reflect on our lives. PINK MOON would be way up high, near the top, on that pantheon of a list ever there was one. 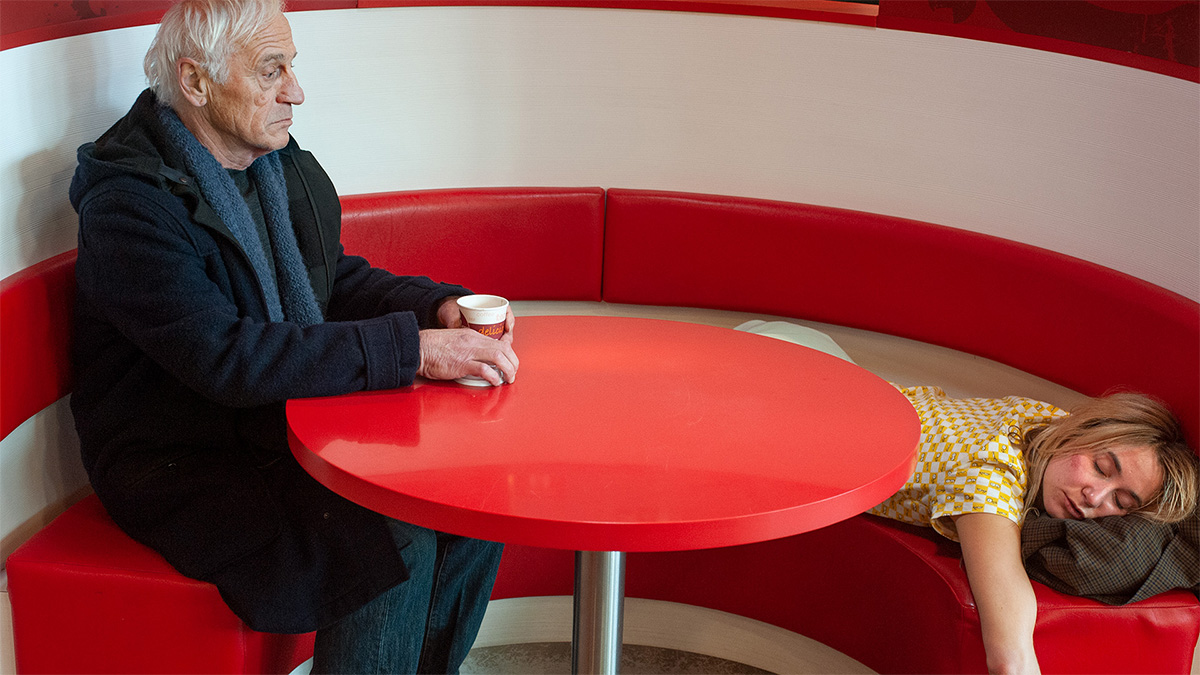 The pink moon in April, the first full moon of the new astrological year, according to one astrologist, “takes place in Libra, which will force us reexamine our connections. It really is about balancing the energy that we put on ourselves and our relationships.”

Director Floor van der Meulen’s PINK MOON opens with the soulful slam-dunking ‘Shot Down’ by the 60s garage band The Sonics – which may tempt impulsive movie-goers to rise up from their seats and boogie whether at home or in an theater. “Hey Little girl, What’s the matter with you? Don’t you like the things I do? You’re wearing a frown.”

For a few fleeting seconds on screen, a body slumped on a big couch, face turned away from the screen, poised as if someone clubbing, drinking all night did not manage to make it to a bed.

Because of the slam-dunk film score and the enigmatic slumping, this reviewer wondered at first if he was screening the wrong Tribeca Film Festival movie – surely not the TFF international premiere directed by van der Meulen about what happens after an elderly dad informs his grown-up kids that he’s had enough of life and intends to kill himself. So I thought momentarily at the time.

But, yeah, I quickly realized that I was in the right place, at the right time as PINK MOON segued from slumped sleeper to an evening outside scene of Iris, played by Julia Akkermans, fast stepping rhythmically to Shot Down, as if she was being moved along a magic carpet of sound, both her hands holding food bags. She on her way to her dad’s home – dad being Jan, played by Johan Leysen – for an evening family dinner celebrating his birthday.

As it turns out, the enigmatic snapshot of Iris was an augury for cinematic surprises that would be showing up throughout PINK MOON, deftly comedic but unyielding with its drama about life & death and the volleys and valleys of fate-driven vicissitudes and vagaries in between. As the astrologist says, “it really is about balancing the energy that we put on ourselves and our relationships.” Amen to that.

At dinner in his well kept upper middle class home, Jan, played by Johan Leysen, a spry 74 in reasonably good health, comfortably retired, no where near worrying about wolves at his door or lights at the end of a tunnel, tells his grownup children (and one in-law married to his older son) that life has no meaning to him and he’s made plans to die.

He is still mourning his wife who passed away several years ago, and he sees no point in the continuing anguish without her. So, with the sobriety of a no nonsense, master tactician, he lays out his plans to end it all around his next birthday. He delivers his message in a matter of fact tone of a family patriarch who commands respect: “I need to tell you something and I hope you will respect my choice even though you might not like it.”

Unfolding after the announcement, and for the rest of the film, a time line for a playbook with scheduling for the secular end-of-life details begins.

Bucket List Be damned. Play Book Too. Iris Pretty Much Having None of That 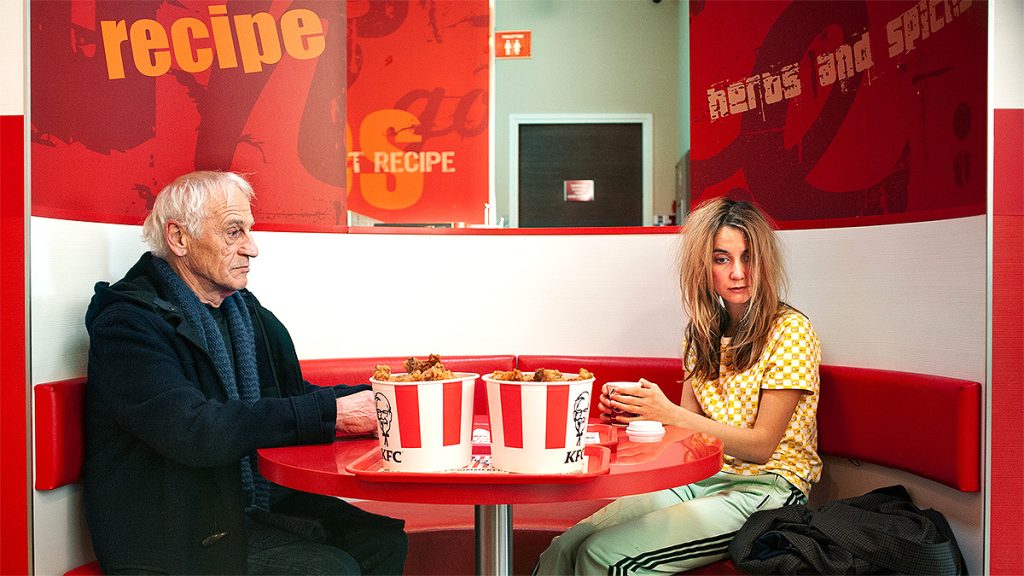 In a last gasp attempt, one wouldn’t be wrong describing it as a last minute Hail Mary fling, Iris kidnaps her dad, sort of; whisking him away, he’s not kicking nor screaming, to a cabin in the mountains, hoping she can change his mind despite months and months and months of unsuccessful attempts marked by flourishes of self-deceiving, self-destruction antics.

Brother Ivan played by Eelco Smits, during the same ensuing time after the announcement, adopted what he considered a pragmatic and logical approach about his father’s wishes as he struggles to get along with his sister and adjust to her antics. She quits her promising position as a consultant for a sustainability company and, in a surprising gambit, moves back home to be closer to her dad.

PINK MOON ushers audiences through that portal of the What-If-That-Was-Us if we come face to face with a Johnan-Laysenian-Proclamation? What would we do and what would we feel with all of the legal, moral, ethical and medical issues and probably issues not yet obvious or anticipated?