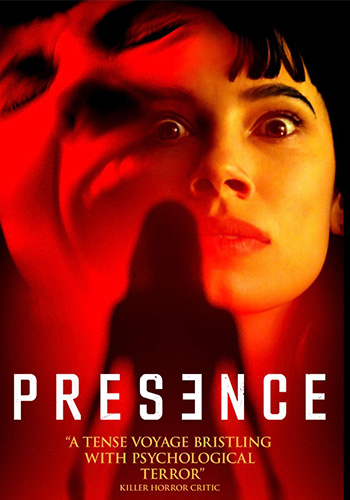 One day Samantha (played by Alexandria DeBerry) contacts her friend and business partner Jenn (played by Jenna Lyng Adams) about a billionaire who wants to invest in their business. He owns a big yacht where the three of them are supposed to meet to talk about plans. Sometime after the yacht sets off, all aboard eventually become suspicious that Jenn is either possessed by an entity or it’s stalking her.

Early on, before the business trip, audiences saw that Jenn can be spooked by unusual sounds in her home. That she has nightmares about killing a former boyfriend though their estranged relationship allows them to hook up time to time. Also, she easily loses sense of time. Jenn is riddled with anxiety, has panic attacks and she’s pretty much dependent on her ex and Samantha for emotional support.

Subsequently, in the course of the film, the savvy of us in the audiences, become suspicious that there might not be a supernatural presence/entity stalking nor possessing Jenn; instead, it might all be in her head. And so it goes.

And that’s the problem. 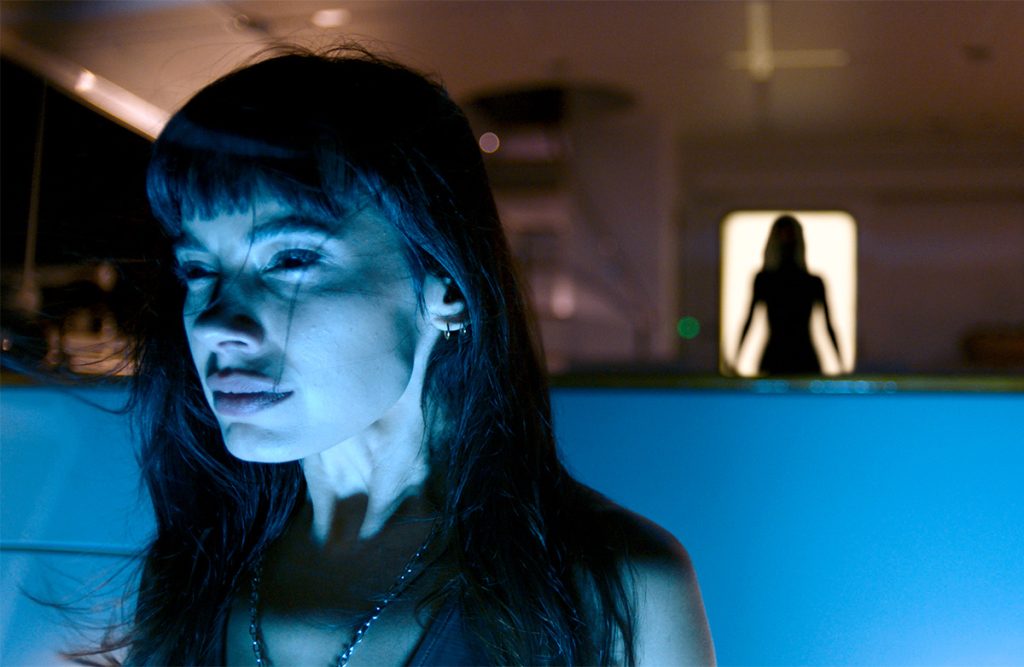 What’s this?!? A curvy, obviously long hair female presence in the background. [Is this a plot hint?] Jenn, played by Jenna Lyng Adams, is about to get spooked.

Besides publicity that captures attention and stimulates imagination, one of the main incentives for this reviewer to watch PRESENCE to do a review was because it made this reviewer recall THE ENTITY (1982), directed by Sidney J. Furie, starring Barbara Hersey as a single-parent mom under siege by an invisible demon.

THE ENTITY (1982) is based on a novel about the real life case of a Doris Bither who sought help from a California psychiatrist and his doctoral students who studied her as a patient in their poltergeist-paranormal case study. At first they are skeptical and dismissive about the bite marks on her body as indications of demonic attacks as well as her accounts of the rapacious sieges – at first, that is.

The psychological-psychiatric mumbo jumbo from the students and their professor regarding Bither’s experiences enhanced the film’s verisimilitude.

{Click here to read a really good Wikipedia accounting of THE ENTITY.} 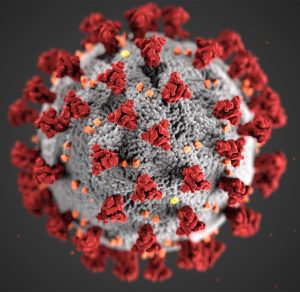 Another important reason for doing the review is because of the many poor pickings for horror flicks in 2021 and 2022 – like HALLOWEEN ENDS, which I thought was way over the top in nonsense. I blame the damn pandemic and Trump for having, somehow, sucked the life out of the creative processes that can result in good horror films. Maybe that’s because the pandemic and Trump are real horrors like crimes against humanity and genocide and holocausts.

Good horror films can make us twist and turn in our seats and cringe, wince, slink down in the same seats where we are twisting and turning and hiding, hoping for any kind of relief possible from what on the screen is scaring the bejesus out of us. Gasping, groaning, wincing, moaning, also may be experienced.

So, I couldn’t believe my eyes and senses the first time I watched the unrated 82-minute flick. Regarding “bristling psychological terror” – not one moment did I bristle or prickle – that is, during the first 60 minutes. Just when I was about to give up, like a thunderclap from out of nowhere, horror and terror showed up in force.

Because of the first hour, I could have easily rated PRESENCE as 1-star-dreary. But the jolt of the last 22 minutes of frenetic slashing and slicing and plot twists and turns and bewildering scenes of rage made me realize I should have paid more attention to the first 60 minutes. Mea Culpa. Mea Culpa. Mea Maxima Culpa.

The remaining 22 minutes I won’t rate but they shook me out of the soporific state I had slipped into. The promise of “tense voyage bristling with terror killer” did finally debut, though opaquely in a blotchy, splotchy razzle-dazzle style that wasn’t particularly bad nor particularly good but effective nonetheless. There are scenes of kinetically charged frenzy.

Here’s the kicker: The last 22 minutes addresses all the plot ploys, tricks, hints and what looked like subtleties that were hinted at in the first 60.

If you don’t pay attention during the first 60 minutes – I didn’t – you will have to watch PRESENCE again (which I had to do more than once). Unreal! WORD readers should consider this review a none-spoiling alert written in stone. 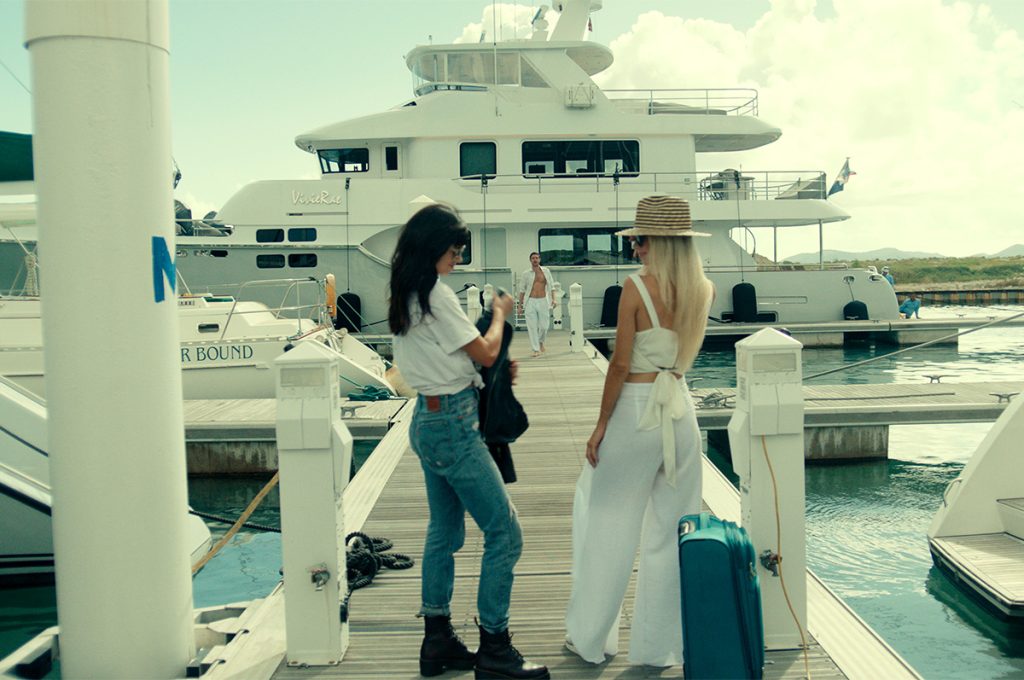 Left, Jenna Lyng Adams (as Jennifer) and right Alexandria DeBerry (as Samantha) about to board billionaire Dave’s yacht. Dave played by David Davis. 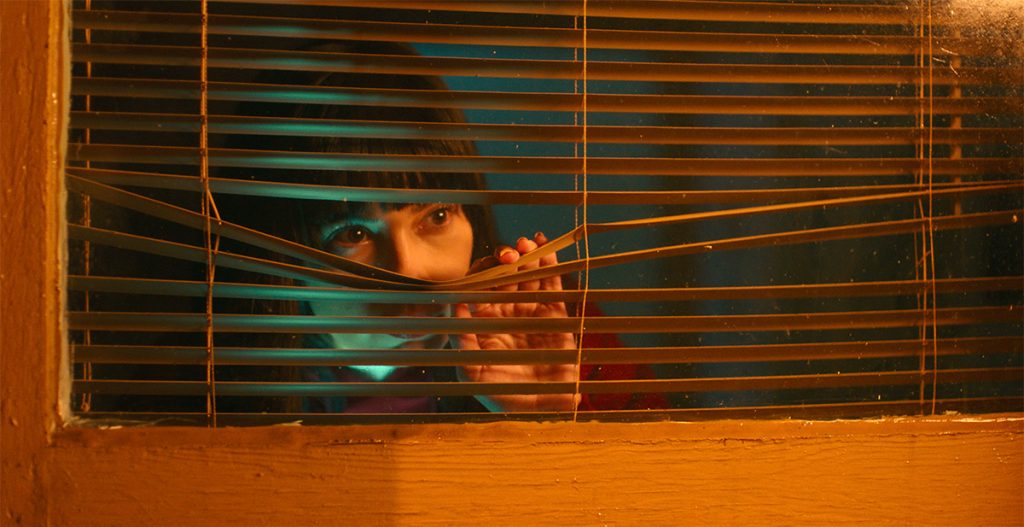 Tormented Jennifer (played by Jenna Lyng Adams) peekaboo-s from her apartment window early in the film.

“Movies are so rarely great art that if we cannot appreciate great trash, we shouldn’t go at all”. – Pauline Kale, (back in the day when movies weren’t streamed – and audiences trekked to theaters).

There’ve been times when some of my fans notified me of their need to see really bad movies. – Paraphrasing Film Reviewer Roger Elbert, author of Your Movie Sucks.

I think the first 60 minutes could have been trimmed to 45 or, with some filmmaking derring-do, 30 and that the filmmakers overdid it with the wishy-washy tease that Jenn has a demonic presence attached to her or that she might just be crazed. Conflicting scenes of “the presence” as a feminized shadowy figure and others as a shadowy male-like presence could have been better rendered plot wise. Not that there were that many scenes of a “presence.” There wasn’t much suspense for a film being promised as bristling with terror.

But I also think I might be wrong, that what the filmmakers did actually worked for what they wanted to do, which was to set up the audience for a climatic ending. The presence late in the film of Vivan (played by Teri Wyble) showing up out of the blue for the film’s denouement: Some will consider that whacked and others will do what I did: Watch the film again. And maybe again.