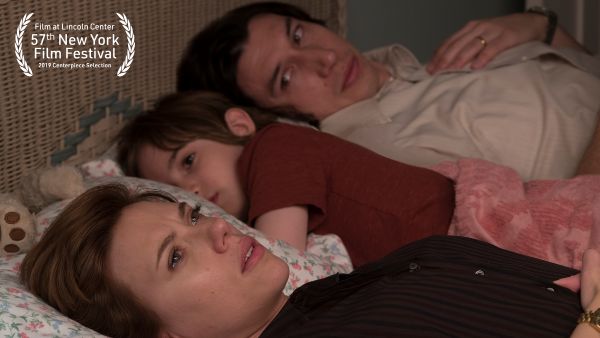 Centerpiece of the 57th New York Film Festival (September 27 – October 13), making its New York premiere at Alice Tully Hall on Friday, October 4, 2019. MARRIAGE STORY will be released in select theaters and on Netflix later this year.

Noah Baumbach’s new film is about the rapid tangling and gradual untangling of impetuosity, resentment, and abiding love between a married couple negotiating their divorce and the custody of their son.

Adam Driver is Charlie, a 100-percent New York experimental theater director; Scarlett Johansson is Nicole, his principal actress and soon-to-be LA-based ex-wife. Their “amicable” breakup devolves, one painful rash response and hostile counter-response at a time, into a legal battlefield, led on Nicole’s side by Laura Dern and on Charlie’s side by “nice” Alan Alda and “not-so-nice” Ray Liotta. What is so remarkable about Marriage Story is its frank understanding of the emotional fluctuations between Charlie and Nicole: they are both short-sighted, both occasionally petty, both vindictive, and both loving. The film is as harrowing as it is hilarious as it is deeply moving. With Merritt Wever and Julie Hagerty as Nicole’s sister and mom, and Azhy Robertson as their beloved son, Henry. 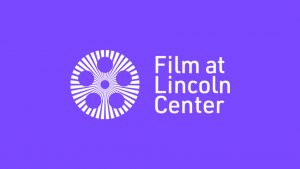 “What amazed me about Marriage Story is the way that Noah keeps the many conflicting emotions between his characters flowing into and around and under and over each other, so beautifully that the film achieves the condition of music,” says New York Film Festival Director and Selection Committee Chair Kent Jones. “In fact, it actually flowers into song in two of the film’s loveliest and most surprising moments. Marriage Story is a heartbreaker, it’s very funny, and it has an emotional complexity that’s worthy of Bergman.”

“I grew up coming to the New York Film Festival with my parents. And it’s where my first film Kicking and Screaming premiered 24 years ago,” says Baumbach. “I couldn’t be more thrilled and proud that Marriage Story has been selected as Centerpiece of the NYFF. The 14-year-old me’s mind is blown; the 49-year-old me’s mind is also blown.”

Tickets for the 57th New York Film Festival will go on sale to the general public on September 8. Festival and VIP passes are on sale now and offer one of the earliest opportunities to purchase tickets and secure seats at some of the festival’s biggest events, including Centerpiece. Support for the Centerpiece of the New York Film Festival benefits Film at Lincoln Center in its non-profit mission to support the art and craft of cinema.

Film at Lincoln Center
Dedicated to supporting the art and elevating the craft of cinema and enriching film culture, fulfilling its mission through the programming of festivals, series, retrospectives, and new releases; the publication of Film Comment; the presentation of podcasts, talks, and special events; the creation and implementation of Artist Initiatives; and our Film in Education curriculum and screenings. Since its founding in 1969, this nonprofit organization has brought the celebration of American and international film to the world-renowned arts complex Lincoln Center, making the discussion and appreciation of cinema accessible to a broad audience, and ensuring that it remains an essential art form for years to come.