From opening shots until scenes intimating an apocalyptic ending, gorgeous cinematography with sublime scenes will snare audiences’ attention, if not have them rapt in awe at the filmmakers’ rendition of juvenile gangbangers in the streets of Naple. Some, however, like this reviewer, and possibly those living in the underserved communities of urban America and exposed to the atrocities of street gangs like the Bloods, the Crips, the Trinitario, et.al., may sense wry feelings about the verisimilitude depicting the juvenile gangbangers in this film.

PIRANHAS (LA PARANZA DEI BAMBINI) is based on the novel by Roberto Saviano, Gomorrah: A Personal Journey into the Violent International Empire of Naples’ Organized Crime System, about a journalist’s ethnographic investigation of the sociology, psychology and culture of a city controlled by crime lords for many, many years. In the film, however, the main protagonist is a 15-year-old Nicola, played by Francesco Di Napoli, who lives at home with his mother and younger brother in the Sanità neighborhood of Naples, which has been controlled by the Camorra mafia for centuries. Nicola sees his mom, like other hard working merchants, regularly shook down by the local mafia thugs for “protection.”

Nicola and his friends dream of a lush life of fancy clothes, swank restaurants, lavish consumer goods and sex with beautiful nubile girls as well as trysts at brothels. Their dreams come true in Director Claudio Giovannesi’s superbly lensed cinemagraphic tale when, with the backing of the local Camorra mafia thugs, they become drug pushers, shake down street merchants, engage in turf wars, allowing them to rake in the money to pursue their lust. 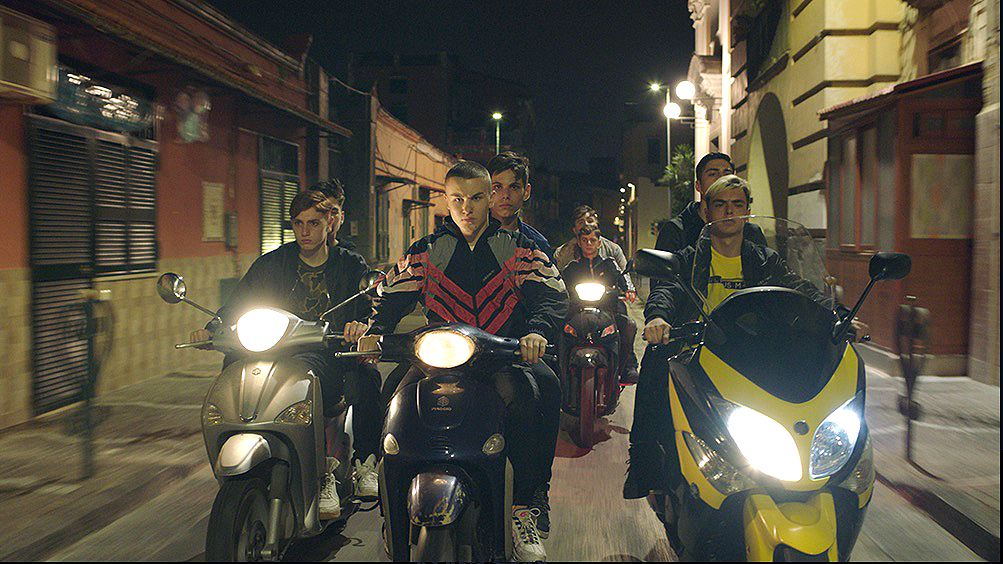 As it is, they also assemble a cache of AK-47s and and a variety of other assault weapons that embolden them. We watch as they evolve from bungling adolescent brats to street predators, still bungling and callow, but dangerous because of the assault weapons at hand. Yet, there are many times when their actions are hovering just above a level of slapstick. Nevertheless, the scenes of them racing about on motors scooters for drive-by-shootings and flights from being shot by other teeny bopping thugs or just riding through the streets, especially at night, are exciting and seductive and picturesque.

Nicola’s crush and teeny bopper romance with Letizia, played by Viviana Aprea as the daughter of a neighborhood restauranteur, is one of the awry plot threads with pubescent characters who know little if anything about life but are somehow to be taken seriously on screen and are expected to win the audience over with their roles.

Maybe this reviewer – having seen many gangster and gangsta TV shows and films as well as observed in real time, up front and personal, the goings-on in neighborhoods under siege by thugs – can’t divine the filmmakers’ depiction of of a teeny bopping street gang with slapstick overtones. But, oh, did he love the cinematography and the slick stylishness of the film and would have no problem seeing PIRANHAS (LA PARANZA DEI BAMBINI) more than once. 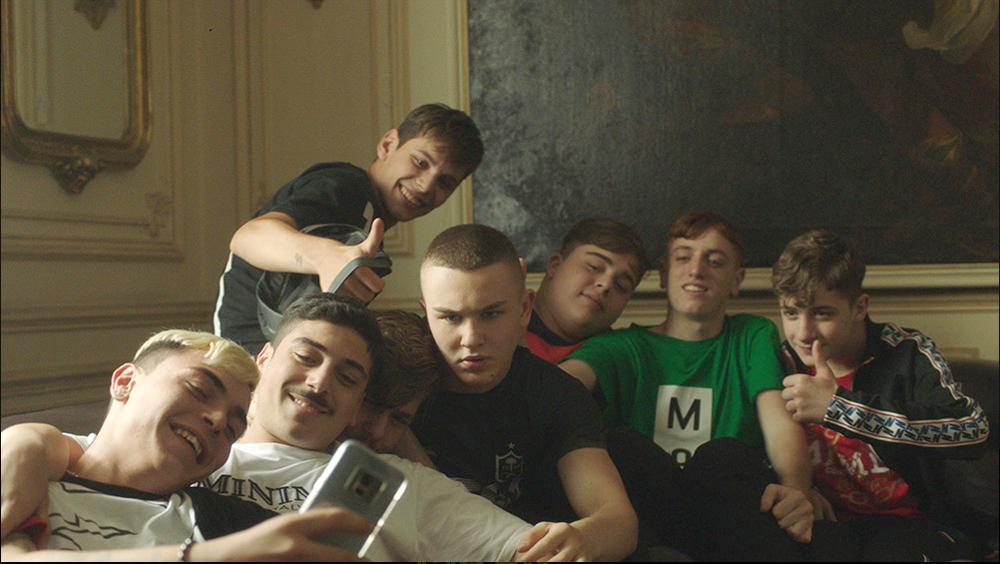