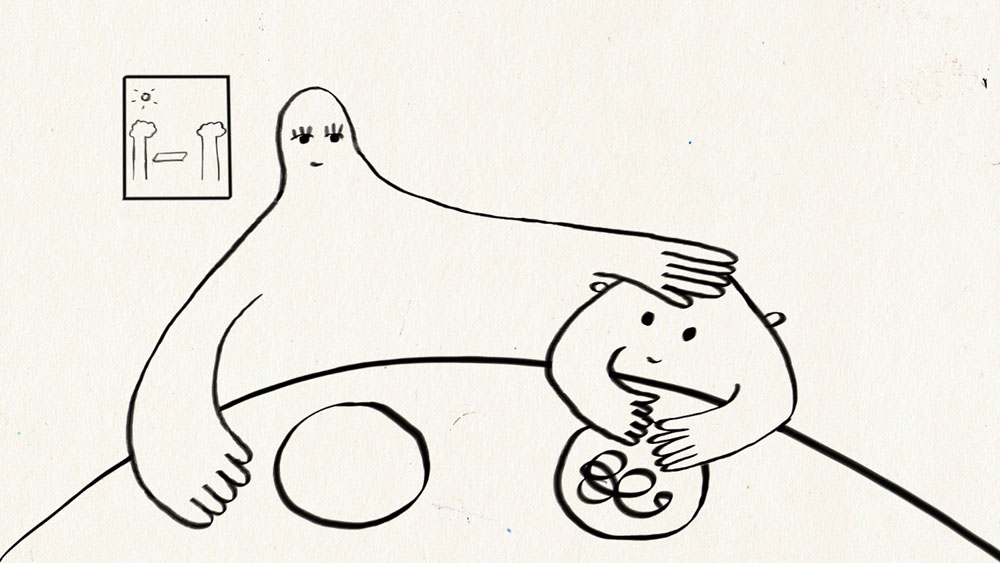 About the connection of a mother and her child, and how the child grows up remembering how the mother helped the child view the world with eyes of wonder.

The animation takes up the style of ink and paper, almost like a picture book meant for children, showing how the connection of mother and child is ever present in the line that connects them and the emotions that are conveyed in the characters’ eyes.

The representation of what the eyes are doing and where they are often placed introduces expressions of emotion like none other. The transfer of the eyes to the hands, books, and the environment shows how there is emotion wherever ones looks, thus revealing to the audience how the mother taught the child wonder all its life. 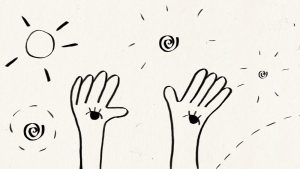 During the short, the ‘cord’ that connects mother and child allows them to stay intimate, but as the child grew into adulthood, the cord grew more and more distant. The distance of the cord shows how the separation changes the characters and how they felt when apart from one another.

From the elongated limbs to the movement of the mother’s and child’s heads, each action is seamless and full of expression for the emotions the characters are conveying to one another and the audience.

Each animation by Jenny Wright fits perfectly with the story direction and brings out emotion in the most silent expressions. Bravo!

Jenny Wright is a graduate of Central Saint Martins with a degree in MA Character Animation. She specialises in 2-D animation with an emphasis on movement, line, and story.