An unprecedented COVID-19 Pandemic and shocking, heinous violence against Asian and Asian Americans lead to NYAFF announcing that it is even more committed than ever to increasing exposure of Asian representation on screen and to providing opportunities for audiences of communities of all ethnicities to experience the diversity and brilliance of Asian cinema.

Following a fully virtual 19th edition at the last fest, NYAFF is to present almost half of this year’s 60+ titles in person. To celebrate, as well as to mark its 20th year, the Festival will be co-hosting, with the Hong Kong Economic and Trade Office in New York and Film at Lincoln Center, a free outdoor screening in Damrosch Park of Raymond Lee’s wuxia classic Dragon Inn AKA New Dragon Gate Inn on August 11. The all-star remake of King Hu’s iconic Dragon Inn is one of the wildest and most epic films ever produced by Tsui Hark. 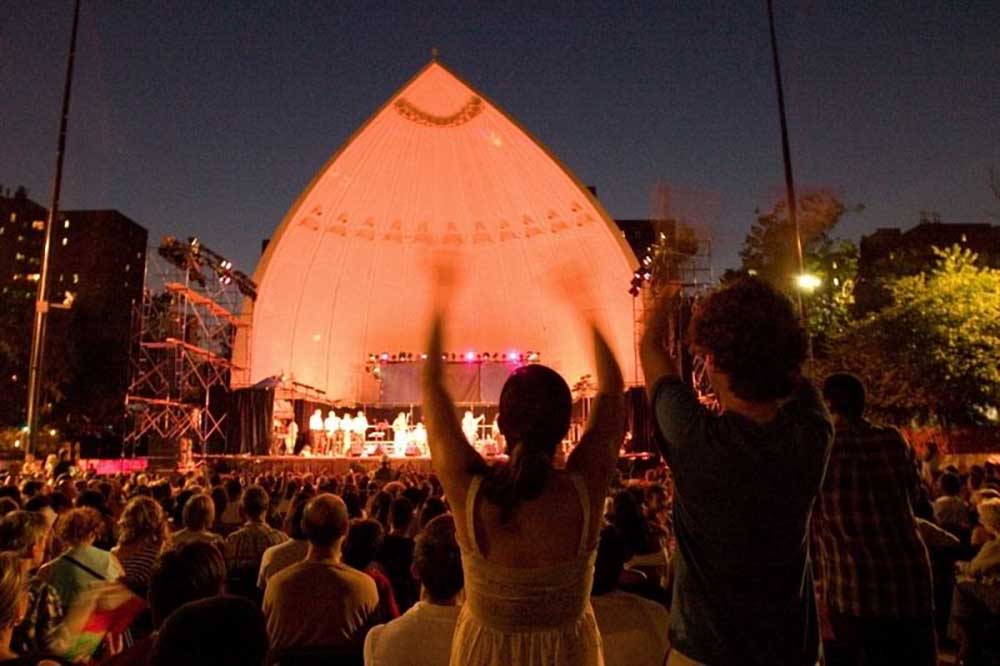 “It’s been tough all over, but after last year’s unprecedented all-virtual edition, we’re thrilled to be back in person,” Samuel Jamier, Executive Director of NYAFF and President of the New York Asian Film Foundation was quoted as saying. “This marks the 10th anniversary of the film’s restoration by NYAFF, and the 29th anniversary of the film, which stars two of Hong Kong’s greatest actresses of all time, Maggie Cheung and Brigitte Lin, as well as Donnie Yen in supervillain mode. What better way is there to celebrate the 20th anniversary of the festival?”

NYAFF is also hosting the world premiere of Yu Irie’s Ninja Girl, a pointed political satire that is as sneakily subversive as its old-school superspy namesake. Japanese director Irie (8000 Miles, NYAFF 2010) has crafted a breezy, brave condemnation of racism and willful ignorance that also happens to be hilarious, action-packed, and surprisingly moving.

Among the many other festival highlights is the North American premiere of Tough Out, by veteran social-issues documentarian Xu Hui-jing, who brings a Hoops Dreams–level depth and an admirable lack of sentimentality to this film about underprivileged youngsters in a baseball camp near Beijing. The coaches’ unwavering commitment to the children is a resounding humanist outcry that demands to be heard. NYAFF will also host the North American premiere of Maung San’s Money Has Four Legs, a satire about indie filmmaking set in Myanmar. With the ongoing political crisis in the country, and the film’s producer Ma Aeint currently detained by the military, Money Has Four Legs deserves to be seen now more than ever.

From South Korea: The Book of Fish, a gorgeously lensed homage to classical black-and-white cinema by Lee Joon-ik (The King and the Clown). Inspired by real events and infused with poetic humanism, it stars Sol Kyung-gu and Byun Yo-han and is set on beautiful Heuksando Island during the Joseon era. In the sweet, sexy, sassy Here and There from the Philippines, Janine Gutierrez (star of NYAFF 2020 Opening Film The Girl and the Gun) and JC Santos are perfectly paired in a meditation on the COVID-19 pandemic, a wonderful blend of romantic escapism and heavier topics of family, health, and distance that have impacted us all.

Also in store for in-person audiences are three premieres from Japan that run the gamut of styles and genres: the indescribable stop-motion masterwork Junk Head, a dystopian sci-fi tale that took seven years to complete and has become one of Guillermo del Toro’s personal favorites; a no-holds-barred send-up of the patriarchy,  jigoku-no-hanazono: Office Royale, featuring brawling, bruising “office ladies” who take aim at workplace emancipation with their own fists and flying feet; and Last of the Wolves, Kazuya Shiraishi’s ferocious sequel to The Blood of Wolves (NYAFF 2018). A rousing homage to Kinji Fukasaku’s meanest pictures, it takes no prisoners and knows no bounds.

This year’s Hong Kong Panorama — presented with the support of the Hong Kong Economic and Trade Office in New York, the Festival’s longest-standing partner and sponsor organization — includes 12 diverse and exciting titles, many of them by emerging directors, sending a positive message of hope for the future of cinema in Hong Kong. Among the remarkable debuts are: Shadows, Time, Zero to Hero (produced by and starring Sandra Ng, a NYAFF guest in 2014), and the documentary Keep Rolling.

The lineup also includes exceptional new work by masters, such as Soi Cheang’s electrifying Limbo, a brutal thriller about the hunt for a serial killer starring Gordon Lam Ka Tung. And on a lighter note, there are Breakout Brothers, a prison escape dramedy, and All U Need is Love, an infectious (pun intended) response to the pandemic initiated by prolific superstar Louis Koo.

Along with the Uncaged Award for Best Feature Film competition, the Festival has established exciting new sections for its 20th edition. Films will now be grouped thematically, in the following sections: Beyond Borders, Crowd Pleasers, Frontlines, Genre Masters, Next/Now, Standouts, and Vanguards (see descriptions below).

While the festival is showcasing an unusually high number of feature debuts with this edition, it is also highlighting improved gender parity in the film industry. Commented NYAFF Associate Director Claire Marty, “After our special focus on women in front of and behind the camera at the 2020 NYAFF, we’re honored to continue championing female-forward films this year. The festival has some great films by women directors, including Taiwan’s The Silent Forest, based on harrowing true events, and Japan’s Hold Me Back, a vibrant female-driven dramedy.”

Another of the highlights is Barbarian Invasion, by Tan Chui Mui, a pioneer of the Malaysian New Wave, who returns after a decade’s break to star in and direct a self-described cross between Korean art-house auteur Hong Sangsoo and the Jason Bourne action franchise.

Following our successful virtual screenings last year, NYAFF screenings will again be available nationwide in 2021, giving Asian cinema fans who aren’t living in New York the opportunity to watch films that don’t come to their local multiplex. From the deadly serious to the gleefully absurd, from the disquieting to the freaky, NYAFF continues to celebrate the most vibrant and provocative cinema out of Asia today.

More Titles to be announced next week. Please note the program is still subject to change. 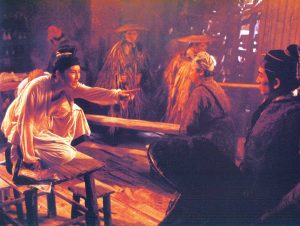 Tickets for the 20th New York Asian Film Festival go on sale Friday, July 23 at noon. Virtual programs are $12 each with a discounted FLC All-Access Pass available for $150 for access to over 30 virtual titles. Tickets for in-person programming are $15 for General Public and $12 for students, seniors (62+), and persons with disabilities. A discounted six-film FLC All-Access Pass for in-person programming is also available for $60. FLC members can purchase discounted tickets at $9.60 for all virtual titles and $10 for in-person tickets.

Additionally, SVA will feature 25+ films for in-person screenings. With All-Access Pass pricing to be announced at nyaff.org.

ABOUT NEW YORK ASIAN FILM FESTIVAL (NYAFF)
Now in its 20th year, the New York Asian Film Festival (NYAFF) is North America’s leading festival of popular Asian cinema, which The Village Voice has called “the best film festival in New York,” and The New York Times has called “one of the city’s most valuable events.” Launched in 2002, the festival selects only the best, strangest, and most entertaining movies to screen for New York audiences, ranging from mainstream blockbusters and art-house eccentricities to genre and cult classics. It was the first North American film festival to champion the works of Johnnie To, Bong Joon-ho, Park Chan-wook, Takashi Miike, and other auteurs of contemporary Asian cinema. Since 2010, it has been produced in collaboration with Film at Lincoln Center.

THE NEW YORK ASIAN FILM FOUNDATION  – America’s premier 501(c)(3) nonprofit organization dedicated to the exhibition and appreciation of Asian film culture in all its forms, with year-round festivals and programs, and a view to building bridges between Asia and America. The New York Asian Film Foundation’s flagship event is the annual New York Asian Film Festival (NYAFF), which has been presented in collaboration with Film at Lincoln Center since 2010. Now entering its 20th year, NYAFF is North America’s leading festival of Asian cinema. The Foundation’s other events and initiatives include special screening events and an annual Winter Showcase at the SVA Theatre.

The following films are presented with the support of:

TAIPEI CULTURAL CENTER OF TECO IN NEW YORK:
As We Like It, A Leg, My Missing Valentine, The Silent Forest.

JAPAN FOUNDATION NEW YORK:
The Asian Angel, A Balance, Blue, The Fable: The Killer Who Doesn’t Kill, From Today, It’s My Turn!!, Hold Me Back, jigoku-no-hanazono: Office Royale, Junk Head, Last of The Wolves, Ninja Girl, Over the Town, Tonkatsu DJ Agetaro, Under the Open Sky, Zokki.

FILM AT LINCOLN CENTER – Dedicated to supporting the art and elevating the craft of cinema and enriching film culture. Fulfills its mission through the programming of festivals, series, retrospectives, and new releases; the publication of Film Comment; the presentation of podcasts, talks, and special events; and the creation and implementation of Artist Initiatives. Since its founding in 1969, this nonprofit organization has brought the celebration of American and international film to the world-renowned Lincoln Center arts complex, making the discussion and appreciation of cinema accessible to a broad audience and ensuring that it remains an essential art form for years to come.