Caveat Lector: This film oozes seething decadence, depravity, debauchery in a style that makes this writer recall “PLAN 9 FROM OUTER SPACE.” I kid you not. UNDER THE LANTERN LIT SKY is also subversive and repulsively addictive like the best of the best Zombie movies though there are no Z’s in this movie. Beware of long lines queueing up at the door of your home or apartment to watch UNDER THE LANTERN LIT SKY on your home cinema.

Recall that PLAN 9 FROM OUTER SPACE (1957), damned by many as the worst movie ever made in this galaxy, acquired a raving cult following across the ages, resulting in a film genre, this reviewer want to believe, is still waiting to be taxonomically assigned. I taxonomically suggest TDIYMSI: To Damn It, You Must See It.

UNDER THE LANTERN LIT SKY

The following descriptions should provide salubrious insight to WORD patrons about this review.

IMDb reports that UNDER THE LANTERN LIT SKY explores the new marriage of a young couple in 1927 Mississippi, who, in different ways, are coming to terms with their sexuality. {Different ways? Coming to terms?  I don’t what those mean but, hey, it could mean something.} A promotional blurb says it’s “… a poetic theatre-film hybrid exploring female trauma, sisterhood, LGBTQ+ issues and ultimately, the sacrifices we make for those we love.” {There are theatre aspects revealed in the way characters interact in scenes, as if they are performing in an off-off, way-off Broadway production.}

From the UNDER THE LANTERN LIT SKY Production Notes, a personal quip form Director Michelle Bossy that UNDER THE LANTERN LIT SKY “is deeply personal to me, as I married a man who came out recently as a homosexual.” {Well, I hope, figuratively speaking, that Bossy gets over it and that opens up a vista of possible inquiry that we, the audience, have no say in. Maybe if she hits the talk shows, Jimmy Fallon, might get her to open up.}

I sense unfathomable reservoirs of subversiveness; this writer was tipped off by the following statement and matching scenes: Blanche, a “fragile bird desperately searching for love and affection from her newly wed husband, Allen.” {Blanche is a tutti frutti nutsy survivor without peer.}

Shot through a cinematic prism of antebellum Mississippi (when lynching Blacks was for fun and profit). Chilling. There is something scathingly subversive about this movie but that this reviewer couldn’t fathom. The film was shot on location in New Orleans with that town being passed off as Laurel, Mississippi, around 1927.

About Director, Michelle Bossy:  An Mexican-American director whose films have premiered at the Austin Film Festival, St. Louis International Film Festival, Dances with Films, LA Shorts, and the Female Eye Film Festival.  Her films include: 18, She Grinds Her Own Coffee, The New 35, Friendly Neighborhood Coven, Ladies Lounge, Miracle Baby, Incurable, Klutz, Chance of Showers, and The Trespassed.  Under the Lantern Lit Sky is Michelle’s first feature film. 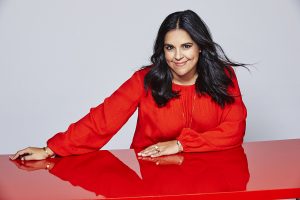 About Screenwriter, Jaclyn Bethany, “Blanche”: Jaclyn Bethany is an actress, writer and Emmy award winning filmmaker originally from Jackson, Mississippi. She is a graduate of the American Film Institute. Instagram

About Producer, Kerry Vaughn Miller: She combines a background in consulting (Deloitte) and digital product management (American Express, Showtime Networks) with a deep skill set in media production. She has produced award-winning films, websites, photo shoots, events, and everything in between. She also enjoys working as a director, editor, and every-so-often actor. She studied Human Behavioral Biology at Stanford University and started her career reading scripts for Penny Marshall on the SONY lot in Los Angeles. Website

About Cinematographer, Charlie Cole: A proud native of Washington D.C., now based out of Los Angeles.

Since earning his Master’s Degree in Cinematography from the American Film Institute in 2018, Cole has lensed four feature films, and over 30 music videos and commercials for artists such as Norah Jones, Chief Keef, Victoria Justice, among others. His approach in cinematography is heavily influenced from his background studying Fine Arts at Pratt Institute and his work has been showcased at Art Basel, Slamdance Film Festival, TED stage, Student Oscars, CAA Moebius, Sigma Cine, among others.

About Composers, Maesa & Dalal: Born and raised in Austria Dalal is a singer, musician and composer currently residing in Los Angeles. Her work spans from classical to Pop Music and together with her composing partner Maesa Pullman she composed the score to Under The Lantern Lit Sky.

About Christy Escobar, “Stella”: Has appeared on TV in Blindspot (NBC), Dietland (AMC), Loser Leaves Town (HBO),The Rehearsal (Broadway On Demand). Her film credits include The Man in the Woods, Who We Are Now, Untitled Short Film About White People, The Brick Wall, Anomalous, Viral Beauty, Bright Morning, as well as the upcoming feature filmThe Falling World. New York theater work includes Beginning Days of True Jubilation (SOCIETY Theatre), Scissoring (INTAR), Jesus Hopped the ‘A’ Train (Atlantic), The Hollow (The Brick), Lady Macbeth and Her Lover (Director’s Company), The Artist of the Beautiful (Metropolitan Playhouse), and the legendary Katharine Hepburn in her original solo show Hello, Red!  Regionally, she created the role of Julie in the world premiere of Queen of Basel (Studio Theatre), in addition to Bad Jews (Long Wharf), The Great Gatsby (Virginia Stage Company), Murder on the Nile and Fantastic Mr. Fox (Dorset Theatre Festival), Around the World in 80 Days (Berkshire Theatre Group). She received the New Dramatists Charles Bowden award for her contributions in developing new plays in the American theatre and is a proud member of SOCIETY Theatre.

About Devin Kawaoka, “Alan”: Grew up a downhill ski racer in Rochester, New York. He attended New York University, first as an undergraduate and then at the Graduate Acting Program on a full merit scholarship. Soon after graduating, Devin won the Rosemarie Tichler Award for his performance in Unnatural Acts at the Classic Stage Company. On screen you can see him on Goliath, Lucifer, The Manor, American Housewife, Marvel’s Runaways, Criminal Minds, Good Trouble,The Path, I Just Want My Pants Back, Surviving Family, The Trouble with Cali, Submission and David Robert Mitchell’s Under the Silver Lake. Website

The organizers of the Brooklyn Film Festival have been staging International, competitive film events since 1998. BFF’s mission is to provide a public forum in Brooklyn in order to advance public interest in films and the independent production of films; to draw worldwide attention to Brooklyn as a center for cinema and to encourage the rights of all Brooklyn residents to access and experience the power of independent filmmaking; to promote artistic excellence and the creative freedom of artists without censure. BFF, Inc. is a 501(c)(3) not-for-profit organization.