In the heart of Chinatown, New York, an ornery, chain-smoking, newly widowed 80-year-old Grandma (Tsai Chin) lives an independent life – and that creates concerns for her family. One day, Grandma decides to head to the casino after a  local fortune teller (Wai Ching Ho) says great fortune is coming her way. 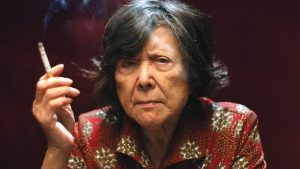 Bad luck shows up instead and she becomes a target for local gangsters.  Grandma gets help from a bodyguard (Corey Ha) from a rival gang – and Grandma ends up in the middle Chinatown gang war!

The unedited behind the scenes look at the energy involved in getting cast members friends and others organized for the $$$ shot(s).

Gregg W. Morris can be reached a gmorris@hunter.cuny.edu