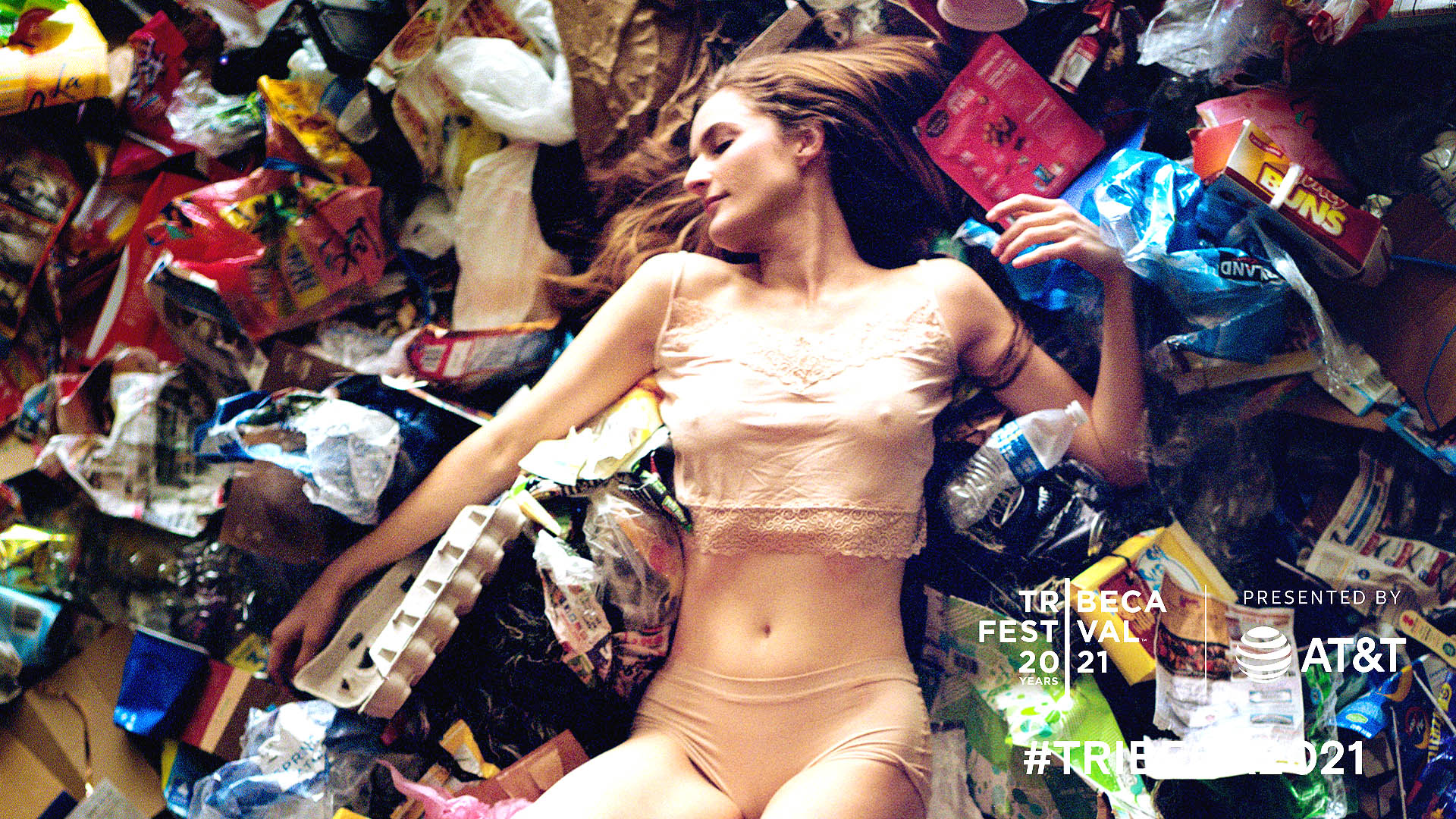 A brooding, gut wrenching jewel with the sheen of an exquisitely lensed kaleidoscopic art house film and an otherworldly finish beyond imagination. SHAPELESS may actually be the 2021 Tribeca Festival film that best reflects these COVID-19 times.

It’s about Ivy, who is paying her dues performing in Bourbon Street dive bars and occasional street gigs and jaunts, singing old times jazz-blues like Cab Calloway’s St. James Infirmary. She is hustling to realize her dreams of singing in upscale night clubs or even famous New Orleans dive bars with better $$$ checkbooks eventually leading to record deals with the concomitant music videos, maybe even being invited to appear on late night shows.

When she isn’t singing for supper (and rent, utilities, Cable TV, the latest iPhone) as well as hustling a lousy paycheck in a dry cleaning laundry, she is retching and heaving after stuffing her face with junk food. Fatalistic bulimia. The light at the end of her tunnel is looking bleak.

Ivy inspires our empathy and sympathy as she tries to get control, even sees a therapist but what is happening to her on screen can catalyze unimaginable dread in an audience. Watching her feign normalcy with her band, her bosses and potential career agents as fatalistic paranoia begins to engulf her raised the hackles of this reviewer’s hair.

Hell of a movie during these Pandemic times of infernal gloom and doom and new threats of variants now surging. Yet, SHAPELESS may also be the movie of the times as so much of what Ivy endures, on all levels of her mind, body and soul, seem to reflect these infernal COVID-19 times with its threats of food shortages, increasing mental illness, break downs in social connectedness, increasing mass murders and suicides. Paranoia and dementia, too.

Attention WORD patrons, some definitions below are FYI in the event you become aware of and may want to decipher testy bickering by some film critics about the essence of SHAPELESS, that they were peeved that marketing and publicity information made references that SHAPELESS was a horror movie with a monster but there was no monster in the movie, therefore, SHAPELESS, as they whined, wasn’t a horror movie; or it was a horror movie that didn’t live up to its promises.

– Bulimia (boo-LEE-me-uh) nervosa, AKA bulimia, is a potentially life-threatening eating disorder. Bulimic sufferers are preoccupied with their weight and body shape.

–  Oneiroid syndrome (OS), according to a medical journal, is a condition involving dream-like disturbances of one’s consciousness by vivid scenic hallucinations, accompanied by catatonic symptoms (catatonic stupor or excitement), delusions, or psychopathological experiences of a kaleidoscopic nature. The dream-like experiences are vivid enough to seem real to a patient.

Director Samantha Aldana has been into telling stories containing magic, lore, and otherworldliness since she started putting her stories on screen when she was 12 years old. {Please notice that otherworldliness is underlined.} Her work is influenced by the storytelling traditions of her multicultural upbringing in the American South and the Caribbean. Because of SHAPELESS, she was selected as a 2020 fellow of the IFP Narrative Lab to premiere at the 2021 Tribeca Film Festival.

Aldana is an alum of the NBC/Universal Diversity TV Director Program where she shadowed director Salli Richardson-Whitfield on SYFY’s The Magicians and Marvel’s Agents of S.H.I.E.L.D. Samantha is the recipient of the Belize Film Commissioner’s Emerging Storyteller Feature Film Award for her in-development feature LITTLE LYING LOUD. This film was also selected to participate in the Tribeca Film Institute Network and the Emerging Voices Program at the New Orleans Film Fest 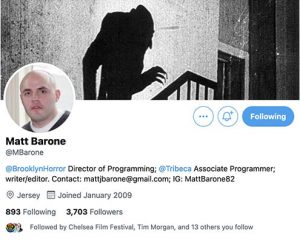 The world’s a stage for Ivy. There just aren’t many people seated in front of it. Struggling to establish herself as a singer, she collects humble checks while bouncing around various New Orleans lounges and bars and crooning with her silky-smooth voice for minimal amounts of liquor-sipping patrons. But those meager paydays aren’t Ivy’s toughest battle. That’s reserved for when she’s home alone, which is when her physical insecurities overwhelm her and she succumbs to a debilitating eating disorder. Keeping her battles a secret. Ivy is now transforming into something nightmarish. And it may be too late to reverse course.

SHAPELESS, a remarkably confident and unique genre work, marks the head-turning arrival of first-time feature filmmaker Samantha Aldana, as well as her close collaborator Kelly Murtagh, who wrote the script, produced and stars in the film. Pulling from deeply personal places, they’ve delivered an achingly intimate character study that doubles as a haunting, body-horror-minded examination of women’s body issues unlike anything the horror genre has seen before. — Matt Barone of Tribeca.

[Yo, Matt, from Gregg W. Morris, it’s otherworldly, not horror. And what is plumbing from personal places?]