– Great Lines
– Superb acting from top to bottom
– Cinematography not to be missed
– Right-on heavy metal music with a laconic, minimalistic but awesome non-melodic thump, thump, thump that exacerbates the dread and sinister feeling that may stay with audience members after they leave the theater. This film may not horrify but once the terrors and perils begin audiences will be on the edge of their seats.
– Opened Today, March 17, in NYC at the IFC Center and is available on VOD

Note to Director Sean Byrne: Please, please, how about a sequel? And if that ain’t in your plans, how about another great horror flick even though you aren’t recognized as a horror maestro?

Do not miss the opening scenes. Pruitt Taylor Vince, a genius at playing mesmerizing scary characters you don’t want to meet on a dark and stormy night (and wouldn’t want to meet on a brightly lighted day in, let’s say, Walmart or on a sunny walk in Manhattan), is Ray Smilie, who, in the clutches of what may be Satanic forces, bashes a young girl in the head with a big stone as she is having fun on a swing. Whew! There are a lot of creepy scenes like this and this is not a gore-fest movie.

That opening sets the tone for the savvily written and superbly directed story rife with sinister and frighting chords that could be either paranormal or preternatural or a mirror of the f*cking insanity in these crazy times. The family that fights together, stays together if they hue to their survival instinct: One for all and all for one. Maybe.

Plot: Dad, played by Ethan Embry, is a struggling artist who is into heavy metal music and his precocious daughter, Zooey, played by Kiaras Glascois with aplomb, is also into heavy music and mom (Astrid Hellman played by Shiri Appleby) is a struggling homemaker who is not as rapt as the others are about Metallica, wrestle with Satanic forces after they move into a hell house. Hint, hint: The demonically possessed Vince has a sick sweet tooth.

Well known character actor Tony Amendola as Leonard, an art patron who wants Dad’s soul and hopes to get it by offering him big bucks for his latest creation? He has that sartorial, Mephistophelian presence but is he the devil? 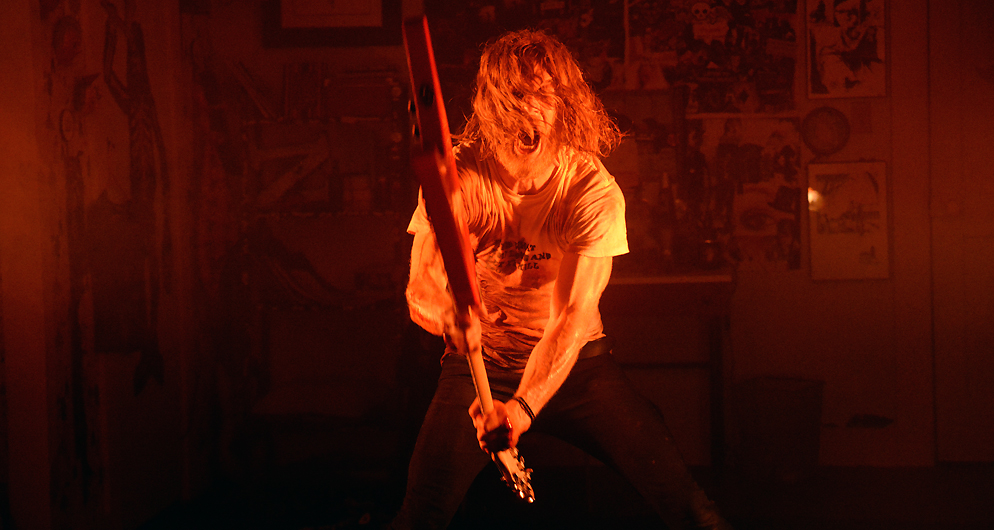 You really don’t want to be running to the bathroom in the last 30 minutes of this must-see film.