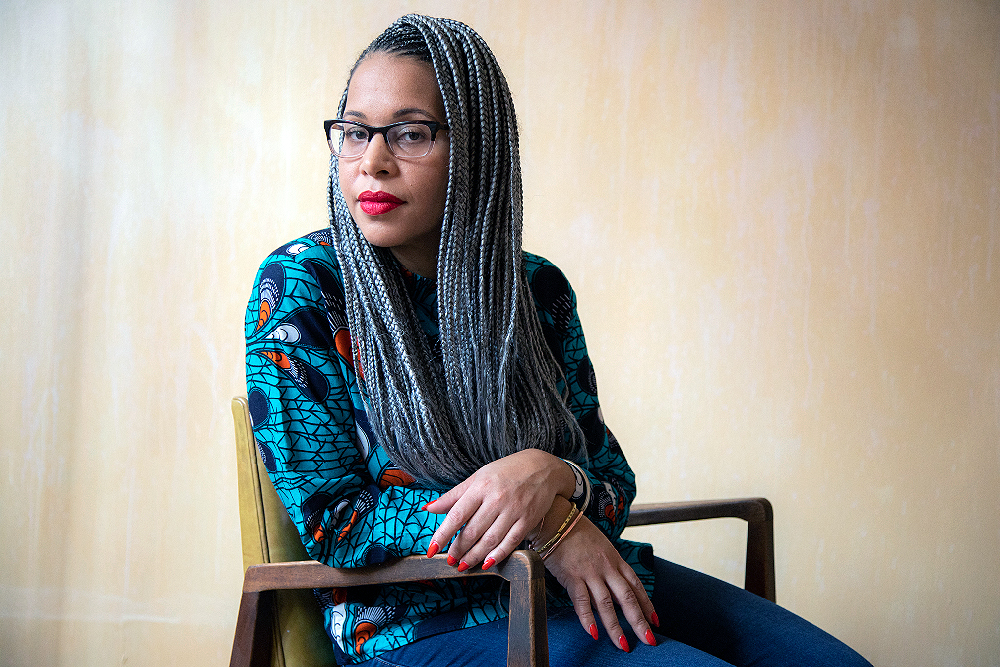 Filmmmaker Loira Limbal writes that she wants to flood pop culture “with beautifully complex portrayals of the lives of working-class women of color.” Her THROUGH THE NIGHT does that exquisitely for 76 minutes profiling the owners and customers of a grassroots New Rochelle, New York 24-hour day care center that accommodates parents who work lobster, graveyard, sunrise and swing shifts and others as well.

THROUGH THE NIGHT focuses on the families of two single moms struggling and a care-giver-daycare owner who looks after the moms’ kids as well as a posse of other kids in Dee’s Tots Daycare in New Rochelle. The filmmaker enhanced the story by weaving into the seams of this bewitching, beguiling cinéma vérité, fly-on-the-wall picture perfect movie piece layers of discreet vignettes here, discreet takes there and what this reviewer calls cinematic footnotes of toddlers, tots and grade schoolers.

Audiences can easily imagined that they are on-the-scene guests rather than voyeurs of Dee’s Tots Daycare because of the deft filmmaking that enhances the intimacy of the film experience. One of the great pleasures of this movie is the way that it was filmed: Sans a talking-heads groove. A savvy, symphonic like film score adds to the cinematography of a eloquent story that doesn’t flinch about the grueling realities that working class and poor families of color must deal with and how Dee’s Tots is a savior on call for them. 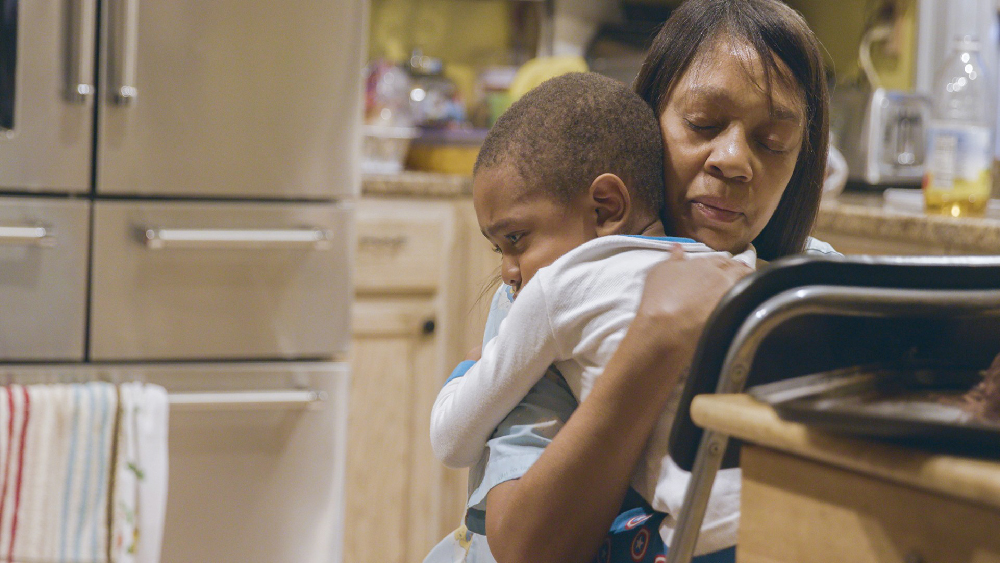 Limbal also writes that she wants her films to empower single working class women with “new gazes and new ways of seeing ourselves” as well as catalyze more beautifully complex portrayals of a region of America ignored by America’s pop culture. She doesn’t describe herself as a crusader but it sure sounds like cinematic crusading – sans proselytizing – for this reviewer.

A Taunt Summary of a Picture Perfect Documentary

THROUGH THE NIGHT features the lives of three working mothers: One who works an overnight shift as an essential worker at a hospital; another juggling three jobs just to support her family and keep it from the woes of hardscrapple living; and the day care owner (and her husband) who for more than two decades has provided day care salvation for desperate parents with no where else to turn. A captivating portrayal of titanic strength, love, and selflessness of people surviving the menaces of racism and sexism and the inequality of American capitalism.

THROUGH THE NIGHT debuts tomorrow, December 11, in multiple virtual cinemas as the pandemic rages and the brazen dereliction of duty by what should really be the institutions of lifelines for millions of out of work and sick residents and citizens of America.

These news headlines reflect the grim realities adding to their woes:  Social Security Administration Is Preparing to Bar 500,000 Americans from Getting Benefits and Hurdles Remain as Lawmakers Work to Strike a Stimulus Deal.

← Can You Believe It: Karen Dalton – In My Own Time (Light In The Attic) [Full Album]
Film Review
Iranian Film Director Sonia K. Hadad’s EXAM Is Racking Up Rave Reviews →