I interviewed Tyler April 3 via my iPhone and then spent days and days in brain lock, going back and forth about how to write up the interview when I came across his great YouTube Q&A that was streamed live with a give and take between him and several filmmakers singing up for the Shoot Out and the format was incredibly informing and inspiring.

I’m adding after the video below, in news feature form, the best of my April 3 contact with us talking. I tried not to be too redundant and the focus is more on Tyler as well as his and the Asian American Film Lab’s passionate commitment against the bashing and assaulting of Asian Americans, other minorities as well as other against groups in these COVID-19 times.

But first the video. 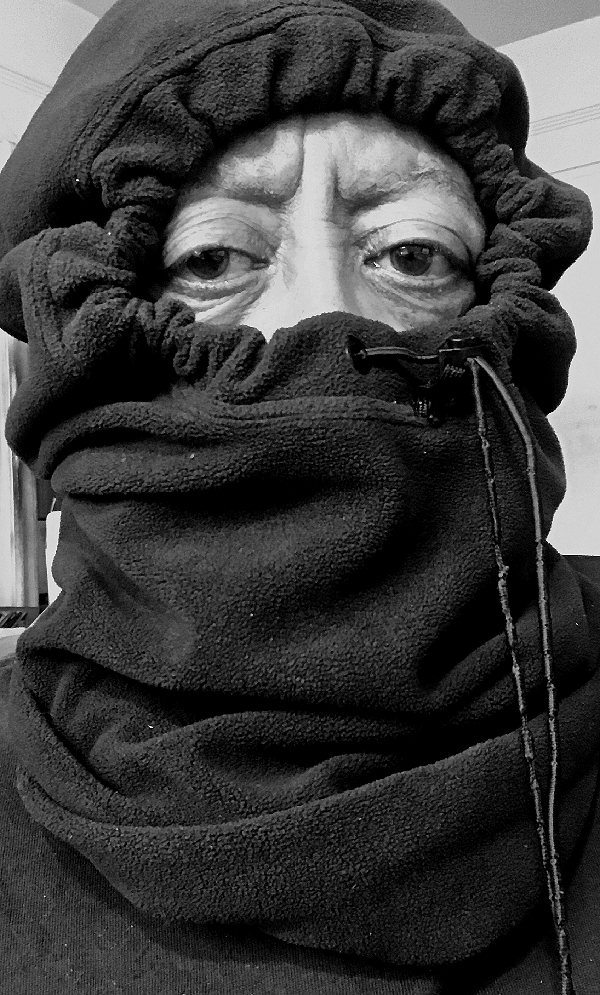 Until I get my hands on face masks, I’m using balaclavas. Picture taken April 17. 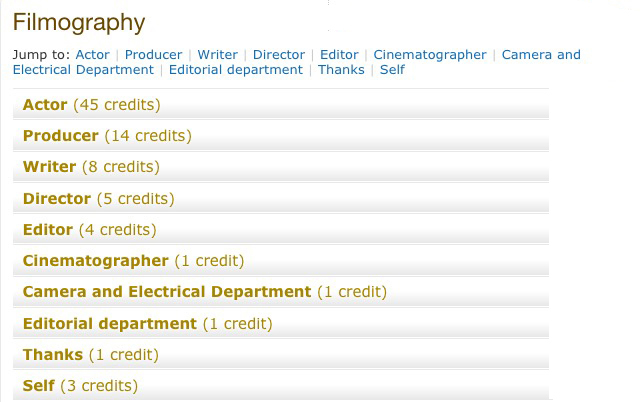 It took place after he had teleconferenced with Asian American Film Lab head Jennifer Betit Yen and other AAFL staff. In the course of the interview, he was asked if the gloom and doom pervading the country was getting to him.

“I’m optimistic enough about it. I just hope that … my only fear is, you know, if my friends and loved ones get it and, I’m not particularly concerned about myself as much because one, I’m self-isolating and two, I’m young enough that I’m in a demographic that isn’t seeing as many fatalities. But I worry for, for friends and family who, you know, may be immune-compromised or are of an older age.”

And there’s another virus, if you may, does gravely affect him. “That is, the amount of racism and violence against Asian Americans that has increased over this time. And, you know, regardless of whether you believe the virus is a big deal or if it’s being blown out of proportion, it’s still creating a lot of” hatred towards Asian Americans. And I think, yesterday I saw [Congresswoman] Judy Chu* from California say that there are a hundred incidents a day, a hundred incidences of violence against age or racism against Asian Americans.”

“So that is a huge concern of mine because that’s something that that shouldn’t even be an issue. There’s a larger issue that we should be concerned about. And then we’re being distracted by this, this false narrative that Asian people and Asian Americans are carriers of the disease, which is absolutely wrong.”

He said he and the AAFL were putting together several PSAs to be aired on CrossingsTV to address either COVER-19 directly or the racism associated with it.

President Donald Trump on Wednesday insisted that he was justified in branding the coronavirus pandemic as the “Chinese Virus,” disregarding criticism that the label is racially offensive and inaccurately depicts the global nature of the disease’s threat. – From several news wire sources.

The interview was several weeks before the early fury of the rampaging pandemic was being reported and the early stages of quarantining was being imposed in many states. It also, I have to add, was about the start of irritation with the so-called daily White House press conferences allowing Donald Trump to engage in self-serving propagandizing, misleading information and racist invective, such as, referring to the virus as the “Chinese Virus.”

A few news reporters addressed him on it – that shifted to a few calling him on it and now lots of MSNBC & CNN talking heads dissect events almost daily but there hasn’t been a rip roaring public clash that’s missing from the public theatrics of the press conferences. At his press briefings  he postures like a megalomaniac on steroids with misinformation and prevarication and bigotry and racism as if he was releasing his own CONVOID-Trump virus for the masses.

Back to Tyler. I’m reiterating a tad of what he provided in the video: The plan was to proceed with the shootout and to encourage “filmmakers to make a film on a smaller scale [than usual] and make it more of a do it yourself filmmaking challenge, an at-home filmmaking challenge where filmmakers adapt their ideas for the the circumstances being caused by the quarantining taking place around the country.”

That called for, he said, for “a lot of marketing catering towards home filmmakers.

“We are we are changing our scenes and expectations to reflect what’s going on in the world,” he said.

“We want people to work within their resources and that’s always been a big theme within the 72 hours Shoot Out, to be creative with their resources in order to make a movie in 72 hours. There’s not much you can prepare ahead of time anyway. So a lot of the time, teams that excel are very creative in how they’re able to use what’s within reach. So I am always for encouraging filmmakers to use a phone as a camera. They can cast themselves, cast their family, make the movie about their dog or cat. The point is for the filmmakers to be creative within their limitations”

“I’m going to be doing the virtual launch party most likely from Las Angeles. I don’t think things are going to change too much by beginning of June, but, even if social distancing and quarantine have not been lifted, I think we’ll probably go ahead with a virtual party … or a virtual launch party just because I don’t think people will be clamoring to go to outside. [This day, April, 17, NJ Governor Phil Murphy and NY Governor Andrew Cuomo don’t want people on the streets, and I get the feeling there’s more of a crackdown is in the works]. “So it will be a virtual launch party, which we did last year as well. So it’s not unprecedented for us to announce the theme online. And, then for the screening itself, that is still planning to go ahead at the Asian American international film festival. If they postpone their festival, then we will screen whenever they reschedule it.

“The quarantine has affected every way of life so far. But what I would tell young filmmakers is to not be discouraged to try new mediums and experimenting with equipment and media. When I first started making films myself, my first film was on flip camera back when, you know, those were things that you could buy at Kmart I don’t think they make it that much anymore because, you know, you have a camera on your phone, but quality camera that’s on your everyday phone is much better than the quality of the camera that I was making movies on when I first started.” He discussed this in the video.

Gregg W Morris, who teaches journalism at Hunter College/CUNY, can be reached at gregghc@comcast.net