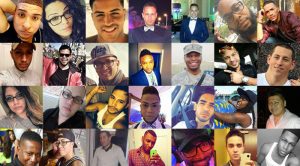 Governor Andrew Cuomo, Mayor Bill De Blasio, Police Commissioner William Bratton and singer, acto Nick Jonas were among the thousands of New Yorkers who gathered for a candlelight vigil on June 13 at the Stonewall Inn, in New York City’s East Village to show their support of the 49 slain and 53 injured victims in what law enforcement authorities are saying was a targeted, mass shooting, the worst in American history by one person.

The crowd began to assemble as early as 4:30 p.m. in front of Christopher Park. The George Segal Sculpture was adorned with a colorful peace flag and at its cobblestone trunk lay candles, flowers and photos commemorating the victims of the Orlando shooting.

By 7:15 p.m. when Cuomo took to the platform to address the crowd, thousands had assembled inside and along the perimeters of Christopher Park. Chants of “Say their names!” and “Not one more!” filled the evening air.

Cuomo immediately directed the crowds attention towards gun control when he declared from the podium “the senselessness of, the staggering, the frustration by a society that would allow a madman to buy an assault weapon. It’s gone on for too long!”

“Vile and that is evil and that is dangerous,” Cuomo said for the gunman to have targeted the LGBT community yet he encouraged the crowd to “reject the ignorant and, reject the bigotry and don’t stoop to their level.” 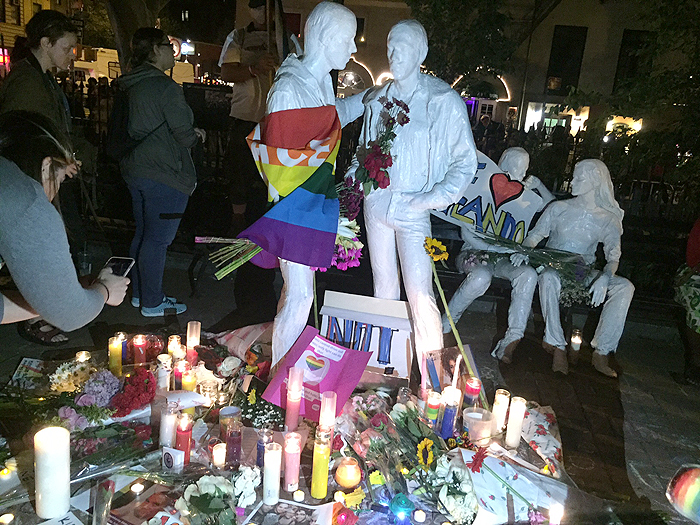 “Love is a Battle, Love is War; Love is a growing Up,” said Cuomo, quoting James Baldwin.

Almost every speaker thereafter called for sensible gun control. All called for government intervention, including Mayor De Blasio, when he said “unless our congress passes sensible gun and safety legislation, they are not living up to their oath of the office”.

The crowd grew restless at the endless speeches regarding gun control and began to interrupt speakers shouting “say their names!”

Some of the vigil’s organizers took to the stage to call out the names and ages of the 49 killed. The vigil concluded with candles aflame and lit cell phones by the Lesbian & Gay Big Apple Corps marching band selection of The Battle Hymn of the Republic.

Others questioned the authenticity of the vigil regarding the lack of focus on the ethnicity and sexual preference of the victims.

Benjamin Goldman, a 20-year-old student Hamilton College student working in the city for the summer and originally from Kipps Bay, Manhattan, said, “I noticed that a lot of the speakers, although they were very powerful allies of the community, many of them were cis, white, straight, men, and while there was some diversity we have a long way to go.” 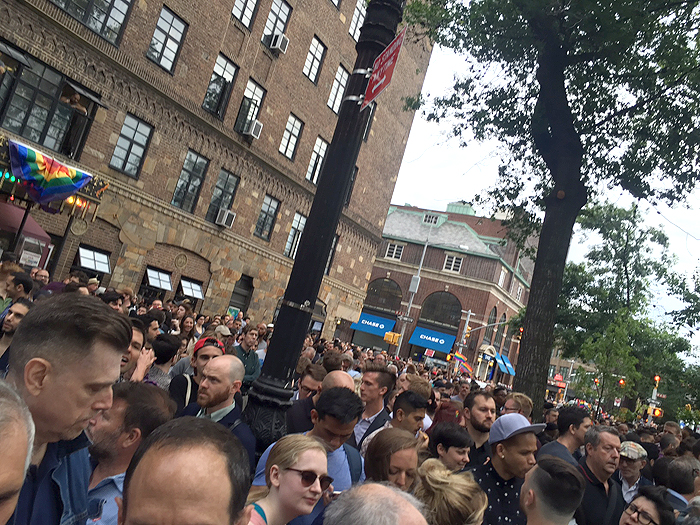 Nico Fonseca, a 23-year-old native of Brooklyn now living in the Lower East Side of Manhattan, said she attended the vigil out of solidarity for the families who lost loved ones in Orlando. However, Fonseca was clear about her feelings that the stories of the victims were being erased.

“It is so important to acknowledge and remember intersectionality because the way that Black and Brown, Queer and Tran people of color experience violence, is not the same way as Queer and Trans white folks,” she said. 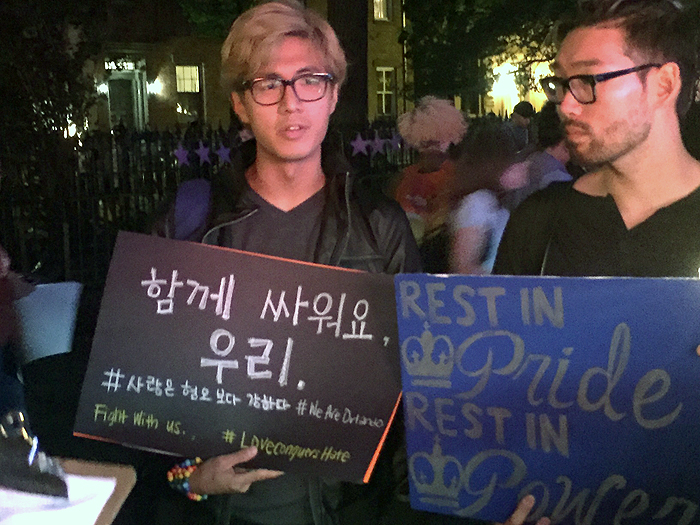