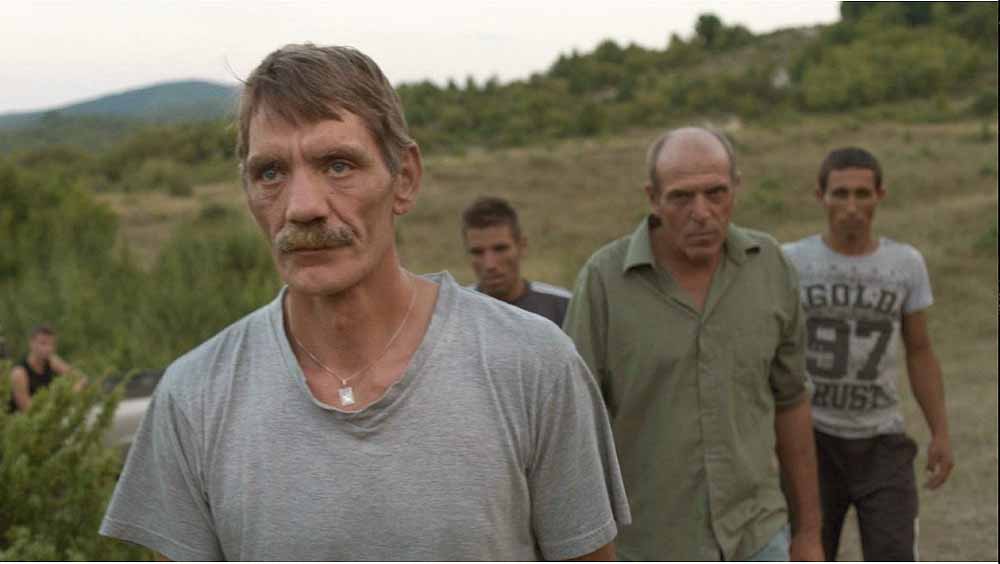 NYFF54 Publicity (Paraphrased) – Valeska Grisebach uses the WESTERN as a template for her supremely intelligent genre update about an all-male group of German workers who are building a hydroelectric power plant in remote rural Bulgaria near the Greek border, and the conflict that arises between a new hire and his redneck site supervisor, as well as conflicts between the German workers and the local Bulgarian townees whose town is located not far from the border with Greece.

My eyes stay glued to the screen as WESTERN moved inexorably like a giant Galápagos tortoise that knows where it is going and is not in a rush to get there. Visually and thematically, WESTERN was a beast to behold, though I stumbled along trying to keep up with the narrative. It was a challenge distinguishing the German and Bulgarian and English subtitles, so, too often, passages and scenes were like Greek to me.

What I did see, hear, and experienced in this painstakingly slow drama pretty much jives with the following description, gleaned from publicity material, of Director Valeska Grisebach’s second movie: Cast with utterly convincing nonprofessional actors, WESTERN is a gripping culture-clash drama, attuned both to old codes of masculinity and new forms of colonialism.

About 45 minutes into the film I was on the edge of my seat waiting for violence to erupt in full fury. I did not pick up on the new forms of colonialism – I might if I see WESTERN a second time. The main protagonist, Meinhard, played by Meinhard Neumann, is a new hire of the German construction crew building the hydroelectric power plant. He is more than qualified for any tasks, especially using a bulldozer. His talent and work ethic don’t matter to his surly crew boss Vincent played by Reinhardt Wetrek who ridicules him when he can but can’t seem to get under Meinhard’s skin. 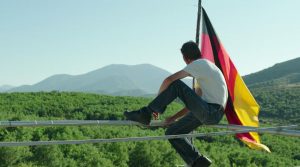 Meinhard in awe by what he beholds. Copyright_-Komplizen-Film.

Vincent also makes clear to his crew his disdain for the townies who are to be the beneficiaries of the new water facility. The townies, whom Meinhard befriends, still use the nearby riverbanks for recreation, and when a few women show up on the to sunbathe and frolic on sunny day, they are greeted with catcalls. Vincent, engaging in aggressive horseplay, insults a female townie who has caught his eye. I thought, okay, she returns to her town, word spreads about the insult and the stage is set for just retribution of the bigoted construction supervisor. Again, Vincent, who was looking more and more like an Alabama red neck as the narrative unfolded, does get a comeuppance but, again, I won’t spoil it here.

WESTERN has western motifs, nuances and symbolism, all with a Valeska Grisebach spin that had me recalling moments of Sergio Leone’s best. Audiences shouldn’t let their attention be distracted from the magnificent white horse often ridden by Meinhard. Grisebach’s film is also suffused, sometimes subtly, sometimes not,  with scenes and themes about male masculinity, especially its macho male deceits; feminine empowerment, communicating or at least the trial and error of ethnic folks trying to communicate to each other so much that some might imagine her film addressing contemporary issues in today’s America.

Last but not least, the smoldering conflicts in Grisebach’s can keep audiences on the edge of their seats and she does it without the kind of warfare western audiences are accustomed to seeing in their cowboy, oops, westerners.