Around mid-December, Slamdance 2023 announced the Jan 22 and 26 screenings of WHO’S ANNIE?

The series was inspired by the real-life events of a close encounter of a wacky kind. Annie Pisapia stars as Annie who – despite prison time, 12-step programs and five marriages – begins an acting career with a film director she inadvertently meets at a Burger King in Queens, NYC. In real life, the series director of WHO’S ANNIE? – Writer-Director-Co-star Sophia Peer – really did inadvertently meet Annie Pisapia in a Burger King in the Queens neighborhood where they both grew up.

Annie Pisapia, having played in countless non-speaking roles in some of the biggest TV shows of the day, was ready for a starring role. Sophia Peer eyed Annie as a real life Joe Pesci type character – and absolutely hilarious. Annie Pisapia has beaten the odds of not caving in to cruel fates. Peer has been creating narratives since childhood, even directing her parents in the same neighborhood where Annie Pisapia was born and raised.

Peer, according to publicity info, felt that it was a terrible waste that someone with so much charisma, natural talent and straight up chutzpah was only getting cast in student films or background roles.

WHO’S ANNIE? includes scenes with Sophia and Annie reenacting how the series got started. In the course of things, there are altercations – numerous. They can be in each other’s face while battling the odds that the series could flop. There are frenzied attempts navigating the trials, tribulations and exigencies of the film industry. There are potential misfortunes and landmines galore in the forms of theft, money laundering, injuries, betrayals and misunderstandings as they try to make their series.

Annie and Sophia, despite the challenges, never stray from the path to their dreams.

{Must Read: What Are the Chances of Making It as an Actress?} 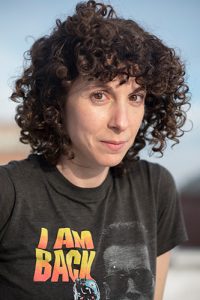 Creator and Director: Sophia Peer (she/her) was born and raised in Flushing, Queens, where she began her career as filmmaker, directing her parents in scripted-doc hybrids before she knew that was even a thing. She was awarded the NY Foundation for the Arts ‘Made In NY’ grant, a finalist for the ScreeCraft Film Fund, accepted into The Gotham’s Episodic Lab, and invited to Gotham Week, for WHO’S ANNIE?, a series she’s creating, writing and directing.

She has directed music videos for artists such as Paramore, Julien Baker, Paramore, The National, Interpol, Yeasayer, and Junior Boys.

Co-Writer: Annie Sicherman (she/her) is an award-winning queer screenwriter from Queens, NY. She is the co-writer of WHO’S ANNIE?, a pilot that was awarded the NYFA “Made in NY” Grant, accepted into The Gotham’s Episodic Lab, and a finalist in the ScreenCraft Film Fund. Recently, Annie’s comedy pilot DOCTOR BABIES advanced in the Austin Film Festival.

Executive Producer: Ryan Cunningham (she/her) is an Emmy and Peabody award-winning producer who launched the development company Running Woman, with projects set up at FX, Party Over Here, and Swimsuit Edition. She has 20 years experience producing 25 different comedy TV series.

The Star and Inspiration for the Series: Annie Pisapia (she/her) is an award winning actor born and raised in Queens. She can be spotted in many of the big series millions have seen for the past six years as she played roles such as an inmate, police officer, drug addict, bartender and janitor. Annie Pisapia was the recurring character “Smoking Woman” in HIGH FIDELITY, scene partners with Bobby Cannavale in THE WATCHER, and held the role of “Agitated Woman” on NEW AMSTERDAM. 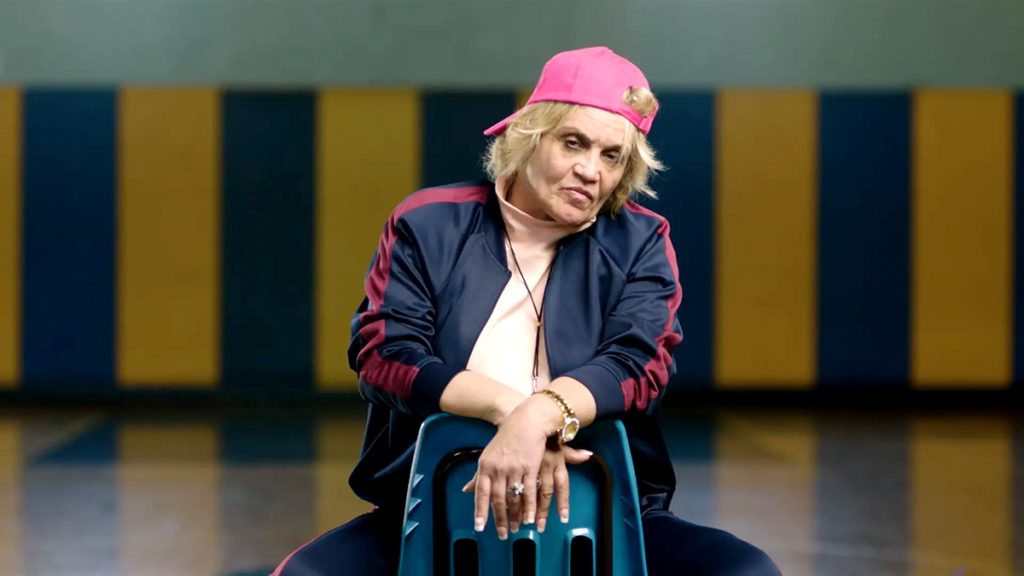 Annie Pisapia who is Annie in the series. Picture by Matthew-Spiegleman 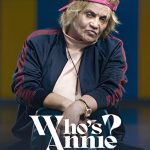 Other shows include INVENTING ANNA, BETTY, MANIFEST, BILLIONS, BLUE BLOODS, ORANGE IS THE NEW BLACK, CRASHING and THE OA.

There are more than 10 projects that are about to premiere in which Annie plays a major role including, “Senior Biker Chic” in AWKWAFINA IS NORA FROM QUEENS, “Sister Joseph” in Jennifer Esposito’s directorial debut FRESH KILLS, and “Cathy” in the Netflix A24 comedy series SURVIVAL OF THE THICKEST.

There are more than 10 projects that are about to premiere in with Annie playing major roles, including, “Senior Biker Chic” in AWKWAFINA IS NORA FROM QUEENS, “Sister Joseph” in Jennifer Esposito’s directorial debut FRESH KILLS, and “Cathy” in the Netflix A24 comedy series SURVIVAL OF THE THICKEST.