Audiences need to prepare for a cornucopia of byzantine plot surprises …

Written by Sean Crampton and Jordan Wiseley and directed by first-time filmmaker Ric Maddox, THE STALKING FIEDS is a virtual scream if not an all-out in-yer-face slam dunk of a martial arts flick. Film connoisseurs and aficionados should easily recognized the similarity to THE MOST DANGEROUS GAME (1932) directed by Ernest B. Schoedsack and Irving Pichel and starring Joel McCrea and Fay Wray. Check lower in this review if you don’t.

THE STALKING FIELDS writers and director use an inimitable story-telling style I’m tempted to regard as unique because of the surprising way so many film elements coalesced coherently. It easy to image that in the hands of other filmmakers the result would have been a cheesy romp of a B movie. Cleverly controlled and measured frenzy throughout the film adds to its virtuosity. Plus, Writers Crampton and Wiseley grew up in military families and Director Maddox is an army veteran, according to film publicity exerts. One has to wonder much of their military experiences were infused in the filmmaking.

Besides generally good acting across the board, some performances better than others of course, it has byzantine plot twists and role reversals; barebone but stylish minimalist cinematography; and dialogue with nickel-slick jargon and repartee spiked with gusto.

THE STALKING FIELDS has existential nuances from the Theatre of the Absurd, this reviewer believes, because of shifting layers of perception and reality. You need to see it to believe it even if you end up not liking it.

And So It Goes

American civilians are kidnapped right off city streets for an experimental program that promises to resuscitate the minds, bodies and souls of PTSD-ravaged U.S. special forces soldiers so that these lean, mean, killing machines can return to the front lines of America’s wars and effectively carry out grisly, gory missions in terrains where PTSD stalks targets of opportunity in a kind of no man’s-woman’s-land where the stalked are stalked. 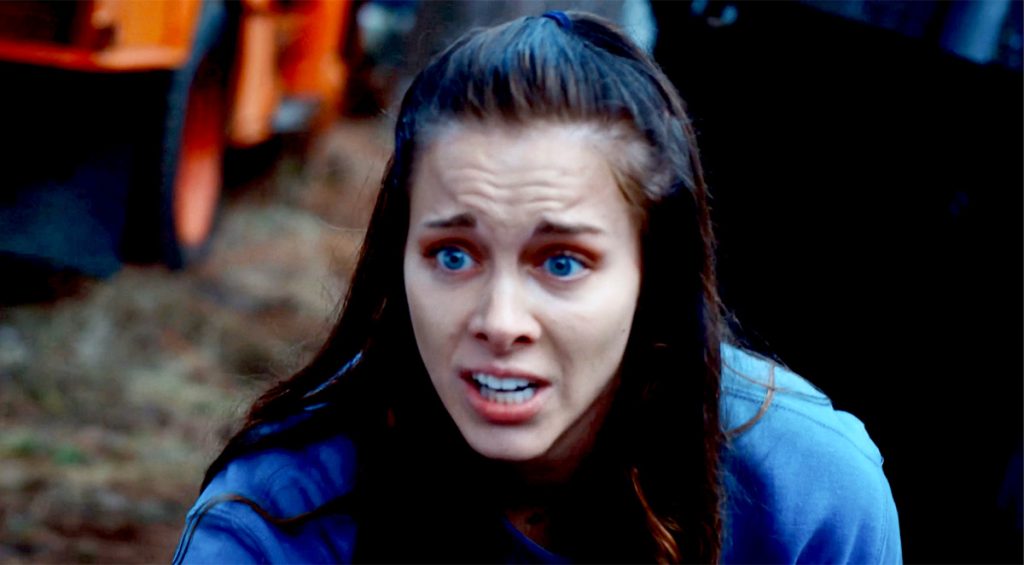 The kidnapped civilians are a motley crew. The actors’ roles range from annoying, infuriating, irritating narcissists who can raise the hackles of audiences as well as they raise the hackles of the Black Ops team that kidnapped them. There are a few whose zany and whacked performances stand out. And then there’s Sean Crampton’s as the PTSD-ravaged Black Ops-er whose performance pretty much sucks up a lot of the allotted sympathy, empathy.

Suspense builds throughout the film and more fuel is poured on that fire because of the shifting, flip flopping verisimilitude. What seems real often isn’t.

#SpoilerAlertMoreTipOffThanSpoiler: Audiences will eventually learn that what appears to be randomly selected kidnapped subjects are actually selectively chosen – and that several are unworthy of any sympathy and empathy for their plight.

THE MOST DANGEROUS GAME 1932

Directed by Ernest B. Schoedsack and Irving Pichel and starring Joel McCrea and Fay Wray. Adapted from Richard Connell’s short story “The Hounds of Zaroff.” The 1932 film fitted snugly into several genres: Horror, Thriller, Action, Mystery and Adventure. There were several remakes in 2014, 2017, 2020, 2021 2022. The original features a psychotic big game hunter who deliberately sabotages a luxury yacht near a remote island so that he can hunt its passengers for sport. “Filled with foreboding and macabre imagery,” according to publicity.

By now, early 2023, every cinephile on this planet has his, her understanding about PTSD. Nonetheless, for the record, the Mayo Clinic says Post-traumatic stress disorder is a mental health condition triggered by a terrifying event – like but not exclusively – war, resulting in flashbacks, nightmares, severe anxiety.