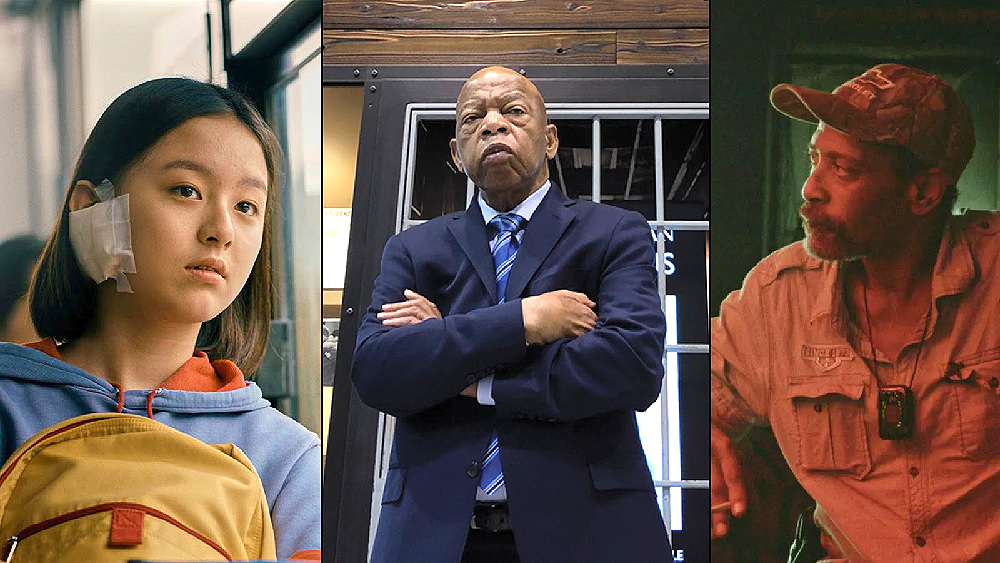 FLC’s Virtual Cinema was launched in March in response to the coronavirus crisis and showcases a wide-ranging mix of new releases, recent festival favorites, and repertory titles that movie lovers can enjoy from the safety and comfort of their own homes. A portion of all Virtual Cinema rental revenues will support Film at Lincoln Center.

Marking the first time that the Virtual Cinema lineup has included limited runs of exceptional shorts programs, FLC is also proud to present three rarely-seen shorts by visionary filmmaker Sergei Parajanov (NYFF57 selections) and four shorts by Miguel Gomes that – in their ability to be politically incisive and hypnotically fabulist, absurdist and poignant all at once—are a perfect summation of Gomes’s restless style and ongoing interests. 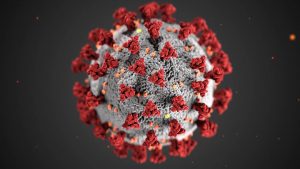 Pandemic be damned, full speed ahead.

The first digital edition of the Human Rights Watch Film Festival – a powerful annual forum for courageous storytelling from around the globe, more timely than ever considering recent events – also opens in the FLC Virtual Cinema today, June 11.

Additions to the FLC Virtual Cinema will continue to be shared via our social channels and website in the coming days and weeks. Stay tuned for more exciting updates.

Film descriptions and additional details are listed below, and on filmlinc.org. New releases are organized by Florence Almozini, Dennis Lim, and Tyler Wilson. 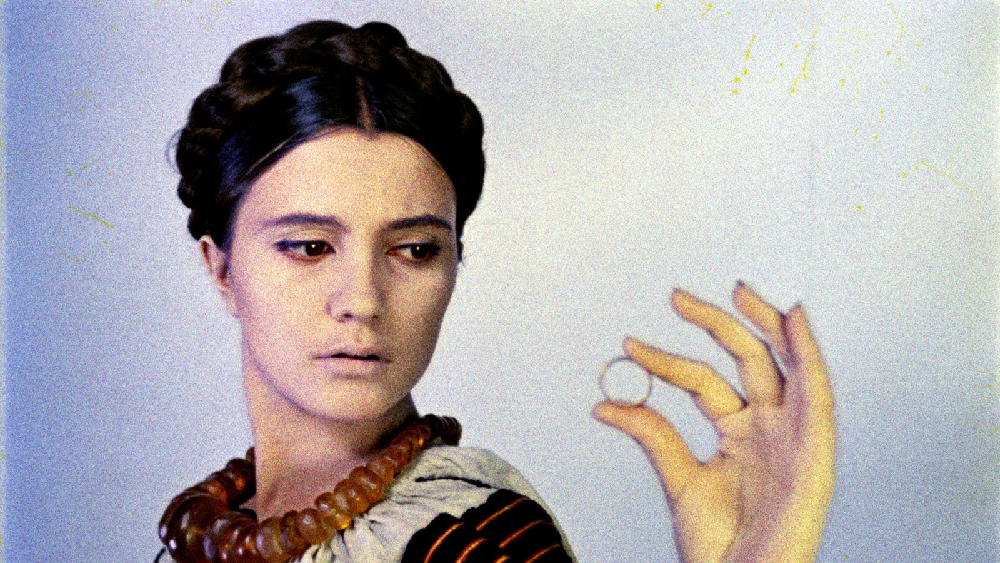 This program brings together three remarkable short works, meditations on the nature of art and artists that boast his singular, colorful, collage-like style and which have been newly restored: Kiev Frescoes (1966, Ukrainian with English subtitles), pictured above, consisting of the remaining footage of a confiscated project about post–WWII Kiev; Hakob Hovnatanyan (1967, French and Armenian with English subtitles), a tribute to the art of nineteenth-century Armenian painter; and Arabesques on the Pirosmani Theme (1986), bringing to life the playful work of Georgian outsider artist Niko Pirosmani. Restorations by Fixafilm (Warsaw), produced within the Hamo Bek-Nazarov Project. Restoration supervised by Lukasz Ceranka and produced by Daniel Bird. Financial support from Kino Klassika Foundation (London). An NYFF57 selection.

Rental is $6; 50 percent of proceeds will support Film at Lincoln Center. Any media or screening inquiries about the titles and the Hamo Bek-Nazarov Project should be addressed to Ania Dziedzic: a.dziedzic@fixafilm.pl. 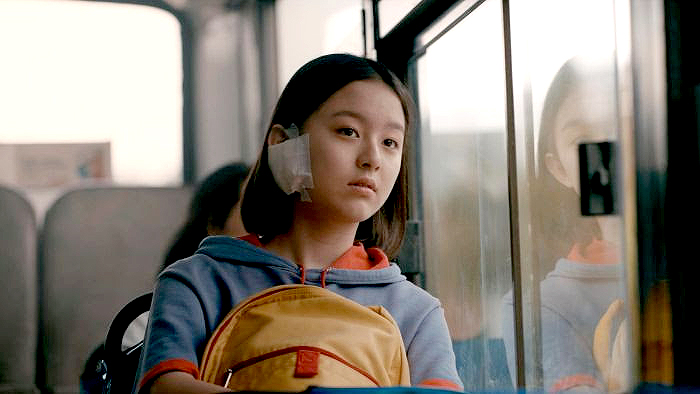 House of Hummingbird
Bora Kim, South Korea, 2018, 139m
Korean with English subtitles
– This Berlinale prize-winning debut from South Korean filmmaker Bora Kim follows introverted 14-year-old Eun-hee (Ji-hu Park) and her joyful indiscretions, fleeting romances, and formative tragedies, which steadily unfold against the backdrop of a rapidly developing Seoul in 1994. While searching for meaningful connections—familial, romantic, platonic—the whole of Eun-hee’s world takes on new meaning when a new tutor (Sae-byuk Kim) steps into the foreground. Elegantly constructed with rich autobiographical and period detail, Kim captures the memory of adolescent feeling rarely depicted with such subtlety and humanistic insight. A Well Go USA Release.
Rental is $12. A portion of the proceeds will support Film at Lincoln Center. To request a screening link, contact Chrissy Walker at chrissy@wellgousa.com. 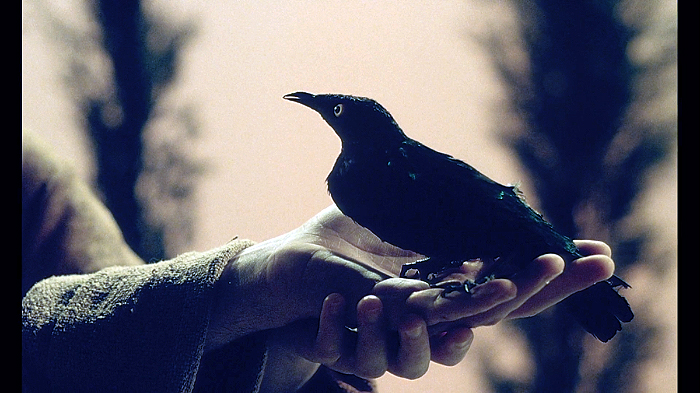 Four Shorts by Miguel Gomes (TRT: 86m)
– He may best be known for the fabulist Berlinale-winner Tabu and the sprawling, three-part Arabian Nights, but Miguel Gomes’s short films are as inventive and enchantingly unusual as anything he created in his features. Film at Lincoln Center is pleased to present a selection of early shorts by the Portuguese director: at once politically incisive and hypnotically fabulist, absurdist and poignant, the four films in this program are a perfect summation of Gomes’s restless style and ongoing interests. A Kinoscope release.

Christmas Inventory / Inventário De Natal
Portugal, 2000, 21m
Portuguese with English subtitles
Centering on the duration of a family’s Christmas Day gathering in 1985, the director’s second short film interweaves autobiographical fiction, crudely anthropomorphized toys, political broadcasts, and the film crew themselves, who subtly break into the film. Gomes lends a playful yet mysterious atmosphere to a domestic scene that unfolds with empathy and satirical precision.

31
Portugal, 2001, 26m
Portuguese with English subtitles
After getting mugged on a tennis court, two rich kids meander around nature and disturb some beetles, a snake, and a monkey along the way. Gomes connects The Wizard of Oz with the timeworn effects of the Carnation Revolution in this low-key curio set in a Portugal decades removed from revolution.

Kalkitos
Portugal, 2002, 19m
Silent with English intertitles
Referring to a decal brand from the late ‘70s, this absurdist send-up of Portugal’s past and present plays with early cinema tropes to depict the evolving politics of ten-year olds with the bodies of adults. Looping and re-mixing a 1973 pop ballad for sound effects, Kalkitos is a funny yet sometimes somber comment on a so-called new society.

Canticle Of All Creatures / Cântico Das Criaturas (pictured above)
Portugal, 2006, 20m
Portuguese with English subtitles
Gomes’s tripartite portrait of Francis of Assisi is a formally restless, revisionist take on the patron saint of nature. A sumptuous artificiality marks the film’s progression, from self-aware documentary to stage play and finally to lyrical fantasy, in which a group of animals discuss their place in the food chain.
Rental is $6.00. 50% of proceeds will support Film at Lincoln Center. To request a screening link, contact Pawel Wieszczecinski at pawel@kinoscope.org. 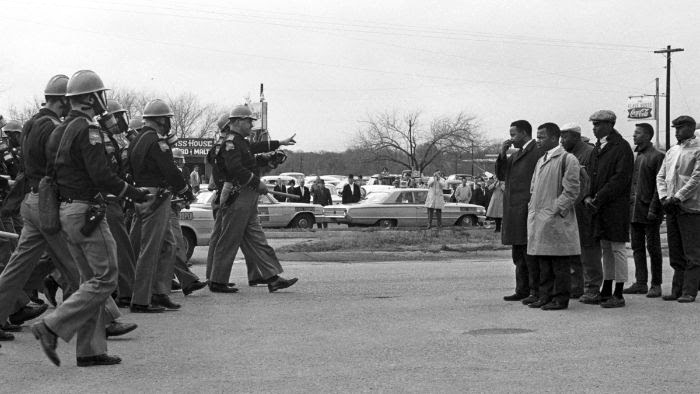 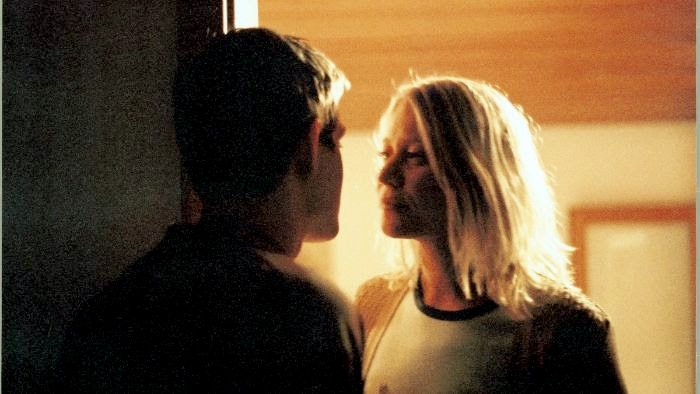 Bungalow
Ulrich Köhler, Germany, 2002, 85m
English and German with English subtitles
– The celebrated debut of Ulrich Köhler (In My Room, NYFF56) is a minimalist portrait of a young German soldier named Paul (Lennie Burmeister) who goes AWOL and returns to his childhood home in the countryside. Over a few summer days, Paul evades the responsibilities of everyday life and falls in love with his brother’s girlfriend, disrupting the lives of everyone in his circle. With Köhler’s penchant for deadpan humor and subtle performances, Bungalow becomes a quiet mockery of militarism, familial estrangement, and youthful ennui. A Grasshopper Film release.
Rental is $12, with a special $2.00 discount for Film at Lincoln Center Members. 50% of proceeds will support Film at Lincoln Center. To request a screening link, contact nick@grasshopperfilm.com. 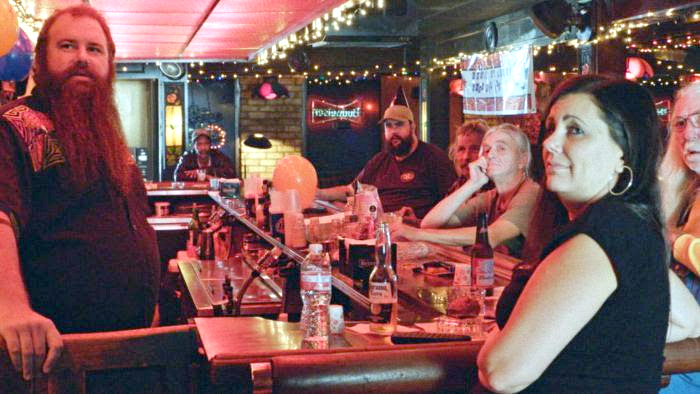 Bloody Nose, Empty Pockets
Bill Ross and Turner Ross, USA, 2020, 98m
On the eve of the 2016 U.S. presidential election, and on its final night before closing, a Las Vegas dive bar becomes a stage where its employees and barflies commiserate one last time. Filmmaking brothers Bill and Turner Ross train their keenly observed quasi-fiction on the lived-in atmosphere of a haunt, whose massed warmth and love conceal its patrons’ worries—at least for a little while. Bloody Nose, Empty Pockets is a carefully constructed yet oddly affecting record of an American sensibility at once straining to survive and ready for the end. A Utopia release. 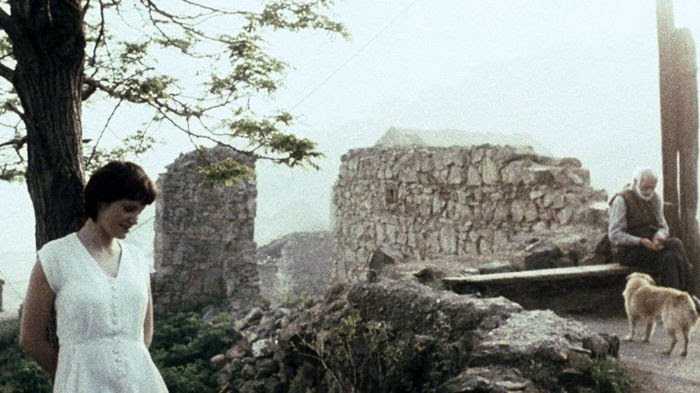 Mayak
Maria Saakyan, Russia/Armenia, 2006, 78m
Russian with English subtitles
An impassioned, unsentimental debut feature by Maria Saakyan—whose life was cut tragically short in 2018—Mayak is a war film that breaks out of the genre’s conventions with a uniquely haunting perspective. Embattled Northern Armenia at the end of the 20th century—where Lena, a young woman returns from Moscow to convince her grandparents to join her on a trip back to Russia—presents an apocalyptic vision of freedom and imagination in limbo, made forlornly oneiric through the film’s pallid tones and discreet performances of its cast (including Sofiko Chiaureli, best known as Sergei Parajanov’s muse). Made when Saakyan was 27, Mayak was the first feature film to be completed by a woman in Armenia. An Andreevsky Flag Film Company / Anniko Films release.

Rental is $6.00. 50% of proceeds will support Film at Lincoln Center. Any media or screening inquiries about the titles and the Hamo Bek-Nazarov Project should be addressed to Ania Dziedzic: a.dziedzic@fixafilm.pl. 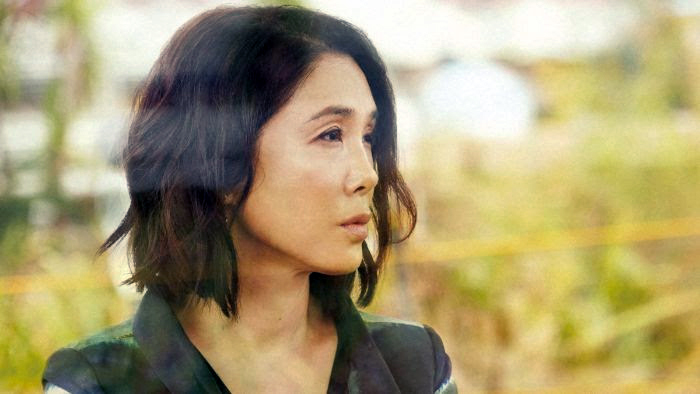 A Girl Missing
Koji Fukada, Japan, 2019, 111m
– Director Koji Fukada and star Mariko Tsutsui have created one of the most memorable, enigmatic movie protagonists in years in this compelling and beautifully humane drama. Middle-aged Ichiko works as a private nurse in a small town for a family, functioning as caregiver for the entirely female clan’s elderly matriarch, and befriending the two teenage daughters; when one of the girls disappears, Ichiko gets caught up in the resulting media sensation in increasingly surprising and devastating ways. Fukada keeps the story tightly focused on Ichiko’s perspective, illustrating with patience and compassion the different forms of trauma that can be created by one event, and—in keeping with the themes of his internationally acclaimed Harmonium—how easily and frighteningly a life can spiral out of control. An NYFF57 selection. A Film Movement release.

Film at Lincoln Center is dedicated to supporting the art and elevating the craft of cinema and enriching film culture. It fulfills its mission through the programming of festivals, series, retrospectives, and new releases; the presentation of podcasts, talks, and special events; and via its artist initiatives. Since its founding in 1969, this nonprofit organization has brought the celebration of American and international film to the world-renowned Lincoln Center arts complex, making the discussion and appreciation of cinema accessible to a broad audience and ensuring that it remains an essential art form for years to come.

The Center receives generous, year-round support from The New York Times, Shutterstock, the National Endowment for the Arts, and the New York State Council on the Arts with the support of Governor Andrew M. Cuomo and the New York State Legislature. American Airlines is the Official Airline of Film at Lincoln Center. For more information, visit www.filmlinc.org and follow @filmlinc on Twitter.