Three stars for Robert Garver’s 98-minute feature documentary. That’s a star for each time I would be willing to fork over big-city, big-ticket $$$ to see it in a theater. The real rating of a film is revealed by the number of times we want see it. The best we always want to revisit. No five stars here because I would probably numb out at four though when I was playing basketball for the Sporting Club of Portugal, Lisbon, way back when, I and friends saw Norman Jewison’s JESUS CHRIS SUPERSTAR (1973) 25 times. [Kael reviled it as a “masochistic revel for eight-year-olds.”]

The archival footage of interviews and scenes from films, collages of clips, shots of news and magazine pages plus contemporary interviews – all flowing seamlessly together – result in spellbinding movie making: Visceral thrills were never ending throughout the 98 minutes of Garvers’ creme de la creme. Of course I will revisit WHAT SHE SAID: THE ART OF PAULINE KAEL a few more times streaming on the home screen when it shows up. 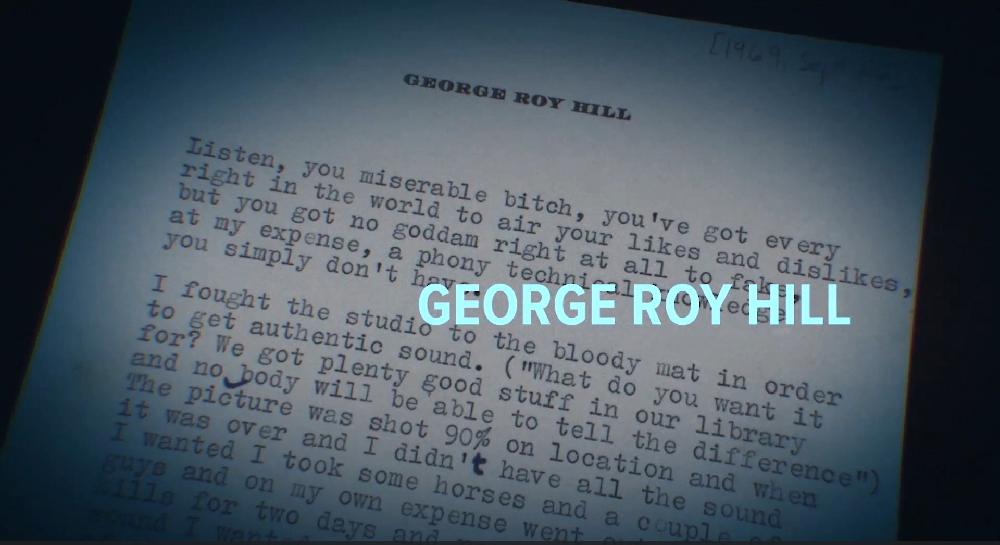 This snippet of a quote, “In a field that has historically embraced few women film critics …” – that’s from press material – is clearly euphemistic of a never-ending American scandal and disgrace. It should be clearly stated: A lot of that venom had a lot to do with misogyny. The many fiercely smoking, bitchin’, slam-dunking scenes, comments, dialogues and conversation in this 98-minute gem generates visceral sensations one would expect from a get-down, action-adventure reality show.

Kael was a velociraptor with a ferocious wit. Her many years at The New Yorker magazine “energized her fans (“Paulettes”) and infuriated detractors” regularly. She championed the New Hollywood Cinema of the late 1960s and ‘70s like BONNIE AND CLYDE, NASHVILLE, CARRIE, TAXI DRIVER and the works of major European directors like François Truffaut, Bernardo Bertolucci. She panned big studio hits like THE SOUND OF MUSIC, MIDNIGHT COWBOY, DIRTY HARRY.

THE SOUND OF MUSIC is one of the silliest movies I’ve ever sat through but my laughing and sneering in an Ithaca theater on my first romantic date – her name was Beth – had Beth thinking early on that  I was nuts but she eventually joined me in dissing back at the screen. MIDNIGHT COWBOY, I’ve seen many times and could care less that Kael pounced on it. DIRTY HARRY movies were so over-the-top that I engaged in – don’t many of us do this? – redoing scenes in my mind, thus, filtering out the not-so-subtle sociopolitical scenes that irked my liberal and left-wing buddies.

Sarah Jessica Parker speaks for Kael in scenes, and filmmakers Quentin Tarantino, Paul Schrader, David O. Russell, and Francis Ford Coppola and critics Camille Paglia, Molly Haskell, Greil Marcus, David Edelstein, Stephanie Zacharek, Joe Morgenstern and Carrie Rickey, according to film publicity, “all speak to her enormous gifts and influence,” but the contemporaries made it feel that Kael, June 19, 1919 to September 3, 2001, was alive and kicking.

Like a real velociraptor, it isn’t an issue issue of her being right or wrong. It’s what she did and how she did it. And the awesome filmmaking of Rob Garver.