Article by James Kelly, Senior Editor and Special Correspondent
May 4, 2017

Virtual Reality’s ability to immerse its audience into 360 degree worlds appeals to untold millions, even people who are otherwise uninterested in computer software or video games, and, thusly, makes VR one of the big buzzwords in the media right now. 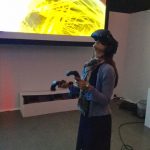 VR: Where is it headed? Picture by James Kelly 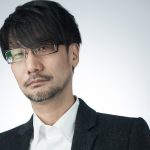 The most fascinating feature about VR for this writer, however, is that nobody knows where it is headed.

Hideo Kojima, in an on-stage discussion on Saturday April 29 at the Tribeca Film Festival Game event, expressed excitement about how VR is the first medium that audiences can view outside of a frame. Ken Levine, another game-maker at the elaborate affair, expressed cynicism when he was asked about it. “I don’t know if it’s a game thing or an experience thing,” he said.

At the Tribeca Film Festival, audiences had the opportunity to experience a number of a variety of productions that VR projects had to offer. Exhibits ranged from children’s cartoons to video games to simulations to documentaries. In one exhibit guests were in a cartoon forest watching a story about animals unfold. In another, they were immersed in a new form of modern art where they were on a sort of track interacting with a crazy world as it flies past them.

They also were able to experience what it would be like to be a tree in the rain forest. However, all of these experiences came off as gimmicky, and showed little strength in keeping the VR buzz truly buzzing for long.

The documentary themed exhibits, on the other hand, were powerful and offered real perspective altering experiences greatly enhanced by Virtual Reality. The National Geographic exhibit, “The Protectors: Walk in the Ranger’s Shoes,” in particular, displayed the strengths that VR has to offer. 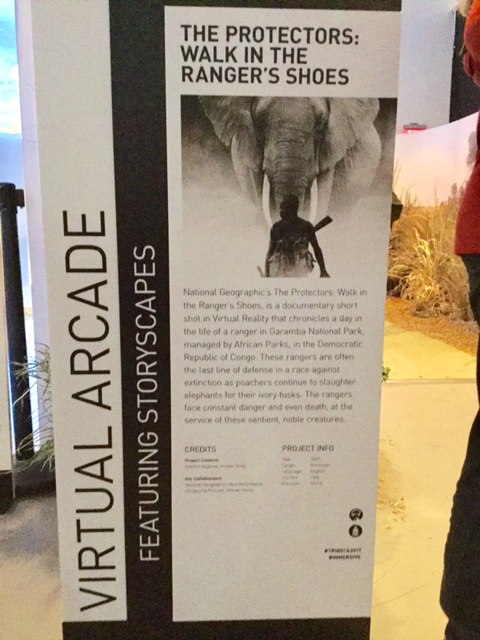 According to the exhibit’s display stand, the documentary short chronicled “a day in the life of a ranger in the Garamba National Park, managed by African Parks, in the Democratic Republic of Congo.” The short is only eight minutes, but in that eight minutes guests walk with park rangers through the Congo wilderness and hear their voices and witness their struggles. Standing on the fifth floor of a building in Tribeca, Manhattan, audiences really get a taste of the lives these soldiers lead. In this way, VR truly leaves an almost indelible impression on its viewers.

The documentary’s strength comes from its ability to impress the scale of the African Park on the audience. It gives them views of expansive fields from a helicopter and the experience of marching on a trail in those fields, with grass towering over them. You see and feel the uncertainty that sort of terrain can impress upon you in a battle against poachers. In easily the most penetrating moment of the documentary, guests come up close to the carcass of an elephant. Though most viewers have seen elephants on television or on their computers, nothing leaves an impression of awe like this exhibit did.

This was not the case with all of the documentary styled exhibits. Another exhibit featured at the arcade, “Testimony,” took a different approach using VR to tell its story. Its display stand described the exhibit as “an interactive documentary presenting the narrative accounts of sexual abuse survivors, using virtual reality to engage viewers with an intimate, motion-driven interface.”

Though the confessions of the subjects in the documentary were intense and moving, there was no clear reason why its creators decided that VR would be the best medium for this project. 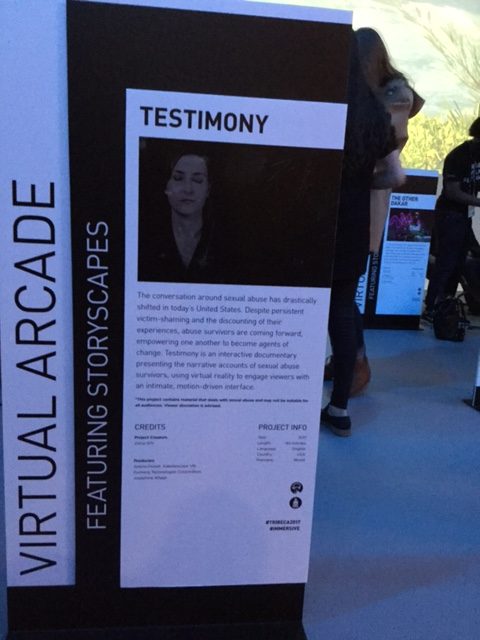 The only interactive function that VR presented to the audiences was the ability to select which part of each subject’s story you wanted to hear by looking at it. The rest was no different than watching an interview on your television screen or on your computer screen. There were many examples of how choosing to display this piece through VR worked against its message.

For one, its run time was about 40 minutes long, depending on how you explored the story. Forty minutes is a long time to wear a virtual reality headset. Also, immersing the viewer in a virtual world to listen to subjects’ stories deprived its creators of the ability to edit freely. There were many moments in various excerpts of the stories that could have been edited so that their statements would be clearer and easier to follow. Ultimately, this limitation made it difficult to fully immerse oneself in a virtual world that was already difficult to get comfortable in.

VR as a medium is far from perfected. Sometimes the opportunities it opens for some industries can make it so difficult to get right in others. For video games, certain restrictions provided by framing the world on a screen make the world easier to control and can challenge the player. For movies and TV series, you might have to work too hard to enjoy the story that surrounds you.

For documentaries like “The Protectors,” however, VR is perfect for opening up new worlds to its audiences and evoking strong emotions and feelings. 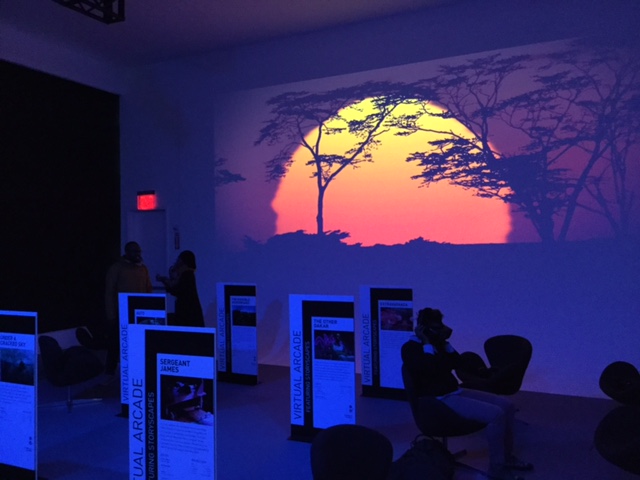 James Kelly, who can be reached at James.Kelly41@myhunter.cuny.edu, is a long time enthusiast of video games and electronic entertainment. He has history with the developments of VR going back to his childhood. At the Tribeca Film Festival, he had his first interactions with VR in its most updated form. 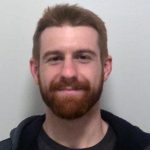