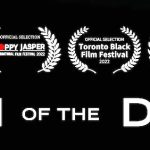 Director Mary Ann Rotond, who won Best Woman Directed Short at the Poppy Jasper International Film Festival this year, believes that the power of shared humanity, which is the essence of empathy, can overpower the centrifugal forces she believes are at the core of racism and bigotry tearing away at America.

She tells her visually stunning movie short through an encounter of a young woman Black and proud who is hitch hiking and the long-haul trucker, White, who gives her a lift. Once inside the cab of the trucker’s rig, the woman discovers that the truck driver is enamored with the culture and mores represented by the Confederate flag that is a banner inside his rig. And the sparks fly. – Film short review by Abigail Jean.

END_OF_DOCUMENT_TOKEN_TO_BE_REPLACED

QUEEN OF THE DESERT is Director Mary Ann Rotondi’s creative endeavor to make a movie commentary about what she believed are the dynamic social and political forces menacing this country, writes the WORD’s Luis De Leon. Rotondi, who won Best Woman Directed Short at the 2022 Poppy Jasper International Film Festival, uses two characters of different gender, ethnicity, personal values as well as social and political mores to express her point of view that the power of people’s shared humanity can ameliorate the centrifugal forces she believes are tearing away at America.

In other words, people living in the United States of America need to empathize more with people who don’t appear to be like them.

END_OF_DOCUMENT_TOKEN_TO_BE_REPLACED 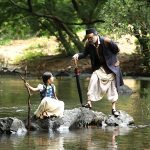 Those on the lookout for films with the cinematic magic to raise their spirits during these COVID-19 surges should consider this mesmerizing hallucinogenic & hypnagogic tale by Director Sivita Singh. It can make you feel as if you are experiencing a loopy de loop of phantasmagoric proportions during these perilous days. By Greggory W. Morris

END_OF_DOCUMENT_TOKEN_TO_BE_REPLACED 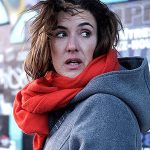 Kara, who lives in a dystopian country where abortion is illegal and the penalties are draconian for those who break the law, is desperate to get one, nevertheless, and that desperation has driven her to take risks that could get her imprisoned if not dead on a slab in an abortion clinic. She is willing to take any risk, face any peril – and she most certainly does in Director Marianne Farley’s foreboding but exquisitely made five-star edge-of-the-seat thriller. Is Dirctor Farley’s FRIMAS a prophetic foretelling of what is on America’s horizon because of TX SB8?

END_OF_DOCUMENT_TOKEN_TO_BE_REPLACED 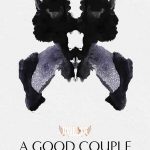 A 14-minute film short made with extra tender loving care, as if every scene was meticulously planned, down to the last nuance, down to the last surprise. The filmmakers, drawing on a well of creativity, infused imaginative scenarios of the everyday angst of lovee-dovee neurotic couples with a verisimilitude that syncs well with an other worldly cosmic finish. It’s that good. – By Gregg W. Morris

END_OF_DOCUMENT_TOKEN_TO_BE_REPLACED 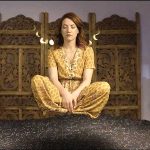 It was five-minutes, 38-seconds into this marvel of a film – melancholic yet tempered with cosmic bliss – when I experienced the first swell of an unexpected rapture, brought on by scenes of the spoken-word-like-rapping of Zowie pitching to publishers of adult books about a children’s book she wants published. Her main character may be the only character, and she is a girl whose superpowers are diminishing, and who frequently falls on the floor or to the ground like a klutz at certain moments in the time-space continuum. Audiences need to be ready to deal with otherworldly themes in this film. – By Gregg W. Morris

END_OF_DOCUMENT_TOKEN_TO_BE_REPLACED 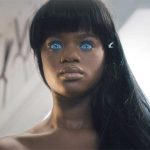 A female techie, Nigerian, living the life of a recluse in a remote German forest, on an evening jog inadvertently crosses paths with an android, also female, prostate and comatose on the ground – and decides to carry it home. Stunning cinematography … but there’s one hitch: The storyline is so ephemerally gauzy and byzantine, it’s as if the the filmmakers decided that the out-of-this-world cinematography was more than enough for their film – and left it to audiences to figure out a plot for themselves.
Review by Gregg W. Morris.

END_OF_DOCUMENT_TOKEN_TO_BE_REPLACED 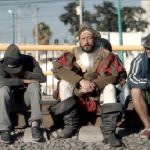 This is the fourth feature film by Mexican-American Director Rodrigo Reyes, and it is a history lesson that should be taught in high schools and colleges across the country.
By Ismael Nunez.

END_OF_DOCUMENT_TOKEN_TO_BE_REPLACED 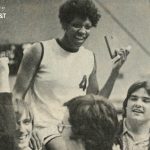 Accomplished filmmaker Ben Proudfoot, because of a tip from a friend, inadvertently Googles his way to one of the greatest women basketball players ever to step on a court in these here United States. Also, he writes, she is “a gifted and open storyteller with a clarion memory.” Together, they make cinematic “music” unlike any many of us have seen and heard in years. A film that is literally and figuratively a beacon of hope and harmony with its nostalgia bitter and sweet, especially during this brutal period of COVID-19.
Is this not the seeds for a magnum opus feature film of some length if not sequels? A lengthy TV series, or a Netflix super-duper special? This reviewer is ready to be signed up!