This vibrant cinematic mosaic includes a rich soundtrack that allows viewers to experience, not just see and hear, almost transcendentally, culture, customs, mores, values, traditions and history of Mongolians as they’ve evolved through the years. Anecdotes and vignettes are intricately woven into the story telling and the universality about all native people around the world shouldn’t be missed.

The film score ranges from ancient throat singing to Russian-influenced opera to contemporary Mongolian rock. Viewers are immersed in the past, present and the what-ifs of what might be tomorrow. “Today seems to be a very modern society on the surface, but just below the surface, there is a feeling of great antiquity and a tremendous respect for the history and the traditional culture,” says one interviewee. One might interpret that as the source of the somber melancholy that this reviewer felt in the later parts of the film.

Regardless, the subtle hissing vibe this reviewer felt, this is a truly compelling documentary movie resonating with an incredible visceral learning experience in the storytelling about a people whom we really don’t know much about. Yet, only the blind will fail to see or feel, for that matter, the universality about Mongols and other native people around the world.

Disclaimer Alert: Robert H. Lieberman’s ECHOES OF THE EMPIRE is an exhilarating opportunity for audiences to purge or get on that path to purging themselves of stereotypes, biases, prejudices xenophobic and chauvinistic regarding native people not like them. A rapturous sauna for the human souls of what those in the audience who may think they know about Genghis Kahn, Mongols, Mongolia, Mongo, probably based on the popular streams of misinformation via, for example, moving pictures like THE MASK OF FU MANCHU (1932), THE MONGULS (1961), GENGHIS KHAN (2005TV Movie), MONGOL: THE RISE OF GENGHIS KHAN (2007).

Two years before Ghengis Kahn founded his Mongol nation, he ordered his people to learn, to read and write. “From his daughters we do know that they could read and write. And one of them became something of a scholar and their Chinese envoy described her as reading all the time” says one interviewee. “There from the very beginning of Mongolian history, we see that the women were better educated than the men, and that has lasted for more than 800 years. Even today, women are more likely to go to the university. They’re more likely to have advanced degrees than the men.”

“Mongolian women are more educated than Mongolian men because of that. After revolution, lot of family lets the girl to the university, not the boy,” says another.

Says another: “We remember the conquest and the conquest was harsh and it was brutal and it was bloody, but no empire survives on war, war is only one phase empire survives. When the people prospering some way from it, Ghengis Kahn’s empire was an empire of commerce. All of a sudden people in every part of the world, we’re beginning to get foods, medicines textiles from other parts of the world.”

“Books, paper started moving around knowledge about gun powder, moved around Almanac spread from China to Europe, Christian doctrine spread back to China,” the interviewee continues. “It was also the first to give us an international law. First with the law of religious freedom, but also the law against the kidnapping of women. His mother had been kidnapped. His wife had been kidnapped. He recognized that next to religion, kidnapping of women was often the most important reason that men fought one another.”

“He also passed the law to protect all envoys, all ambassadors. This time, usually the way you declared war on another nation was to kill the ambassador. That was the beginning of it. Ghengis Kahn said, no, every ambassador must be protected with their life. So he created this vision of diplomatic immunity. So he united the world in trade.”

The making of this film was physically grueling. It meant long hours bouncing along rutted tracks in a country of few roads. It meant sleeping in gers together with big families (forget privacy) and camping in a cold tent just below the snow line. And how can one not be taken with the limitless steppe, the rugged mountains, the hearty nomads who live in this untamed wilderness?

In contrast to this ancient pastoral existence is the urban environment of Ulaanbaatar with its legacy of Soviet architecture. This is where the nomads who have lost their herds to climate change have come to settle, ringing the city with their gers and struggling to adapt to an alien way of life.

The big questions that loomed were: How do today’s Mongolians think of and view their modern existence? Are there psychic remnants from Genghis Khan, the conqueror? And what is the Soviet legacy? 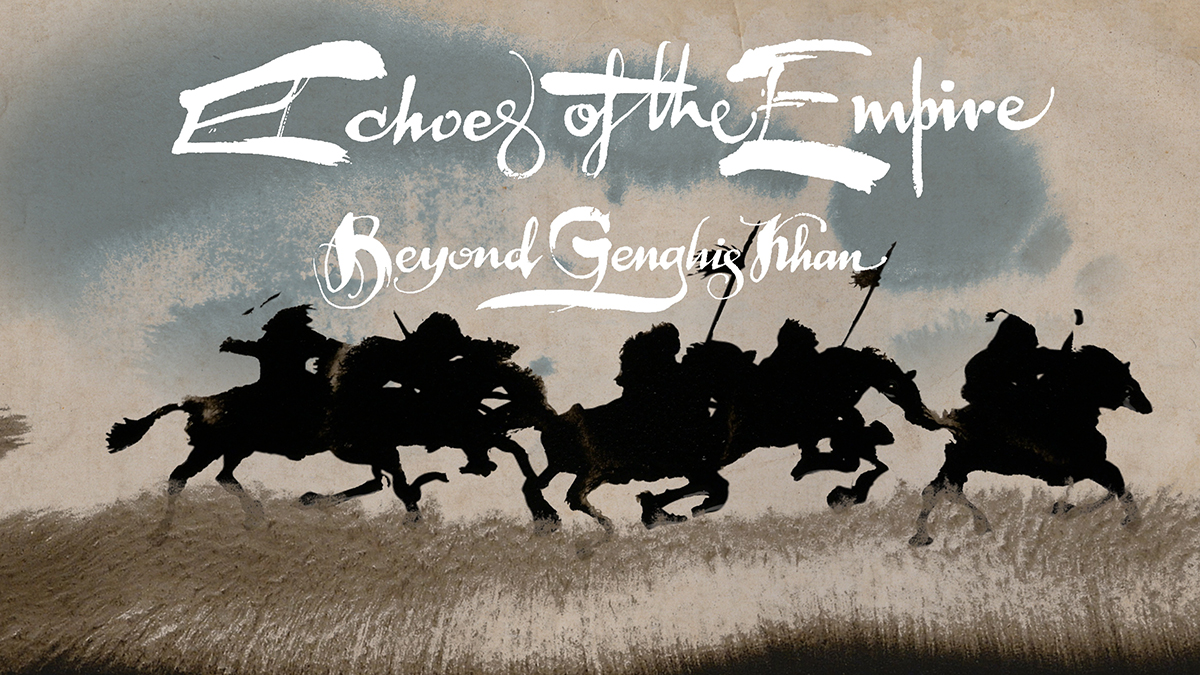