WE MIGHT AS WELL BE DEAD Teaser Berlinale / Tribeca International Competition from HEARTWAKE films on Vimeo.

Directed with panache by Natalia Sinelnikova about the tenants of an exclusive home owners type association disintegrating – allegorically and metaphorically – into a state of sadistic and vile misanthropy of Trumpian magnitudes. In 93+ minutes of riveting story telling, it’s as if the tenants are victims of a communal schizophrenic disorder of cosmic proportions yet to be recognized in the latest Diagnostic and Statistical Manual of Mental Disorders (DSM-5-TR) 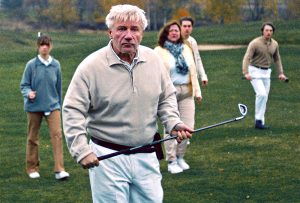 The malaise in this dystopian satire eats away at values, customs and traditions of a modern society purporting to be democratic and following The Rule of Law.

For those reading this review and wanting a simple answer to, Are you recommending this movie and how many stars are you giving it? – Here it is, yes, emphatically, I am. Yes. You should see this cinematic pièce de résistance post haste. How many stars? Damn the Pandemic, full speed ahead. Theaters or at home. Don’t forget your masks (and don’t believe the hype that Pandemic is now under control).

It’s not hard to imagine that a movie about the communal schizophrenia of tenants of a swank habitat tottering on the edge of an abyss may be too much for some recovering from these COVID-19/Trumpian times that made movie going a hazard to our heath. Yet, a savvy audience capable of imagining a new ring of Dante’s Circle and, or, open minded about, say, Vonnegut, Kafkaesque and Theatre of the Absurd undertones, can kick back in sheer delight, as this reviewer did, unintimidated by the pristine cinematic vision of Director Natalia Sinelnikova about a society going bonkers.

Anna, played by Ioana Iacob, heads security at the habitat which has contractually strict rules and procedures as well as expectations for tenants based on those rules and procedures. Life in the community typically humming along idyllically – at least on the surface – may be experiencing, she imagines, some rough moments that need her leadership with its rational and common sense approaches to challenging matters.

Yet, Anna, herself, is experiencing challenging domestic issues with her daughter, Iris. The missing dog plus the ailing daughter, along with other incidents, are escalating into macabre scenarios. The tenants are defying the rational and common sense leadership that they use to accept without question from their chief of security. For example Anna suggests that the missing dog will eventually return, and the tenants sneer, insisting that the dog has been brutally murdered if not tortured to death – and Anna must find that culprit soon or else.

Anna’s daughter, Iris, played by Pola Geiger, is convinced she is infected with an evil that causes her thoughts to become reality. Rumors spread this way and that about her. Spiteful as all get out, Iris pushes Anna’s buttons every which way, such as, for example, the way the daughter insists that she and her mom communicate through a weird arrangement: Using an animal trap door. 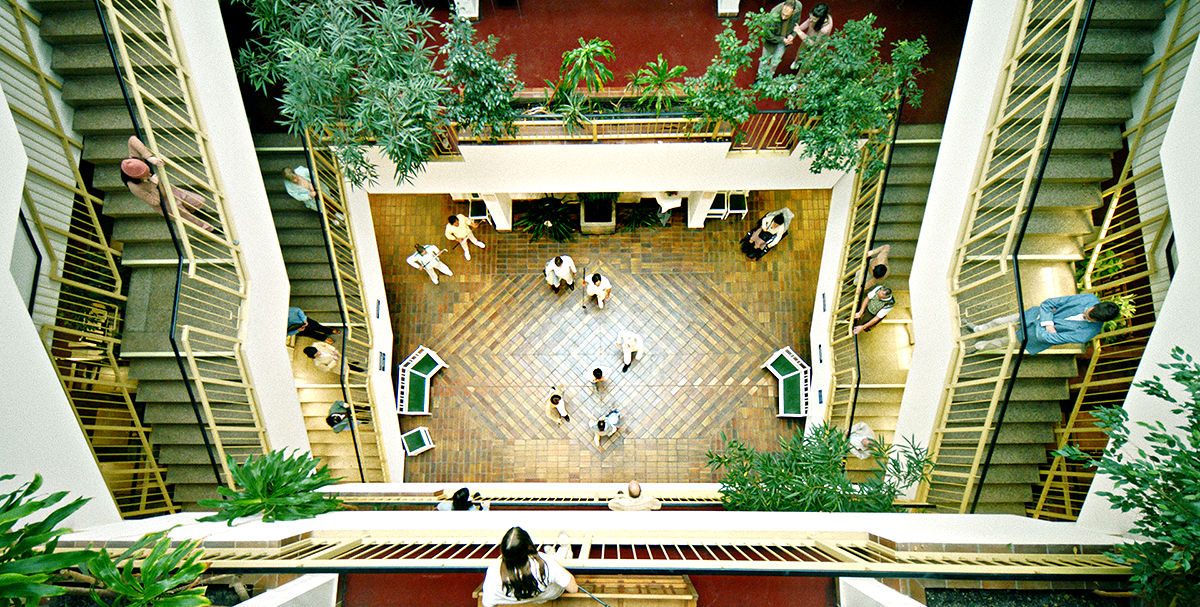 Court yard. Ripped from the pages of E.R. Escher? Picture by Jan Mayntz

There comes a time when Anna realizes the futility of trying to do her job as chief security officer with perks and privileges that she doesn’t want to lose. What does a person, who is the only sane and responsible individual in a community teetering on the edge of an abyss, do?

This reviewer admits that the ending flew over his head. Things quite byzantine in the final 20 minutes. But he didn’t panic, nor should audiences. The comprehension sought, I truly believe, can come after two or three more screenings and viewings of WE MIGHT AS WELL BE DEAD.

Directed by Natalia Sinelnikova: Emigrated from St. Petersburg to Germany in 1996 as a Jewish quota refugee. She grew up in Berlin and studied culture studies, focusing on theater and photography in Hildesheim and film directing at Babelsberg Film University in Potsdam. WE MIGHT AS WELL BE DEAD is her debut feature.

Gregg W. Morris can be reached at gregghc@comcast.net,profgreggwmorris@gmail.com