Internationally known British explorer, author and former climate scientist, Felicity Aston decides to “create” dialogue and alliance and bring about change between women of Western and Arab cultures that are at odds in Britain (if not around the world). Her plan? An international competition for daring-doers, female only, to join her ski expedition to the North Pole. First-timer expeditioners, only, are eligible. A thousand women reportedly from around the world apply. Eleven are accepted. 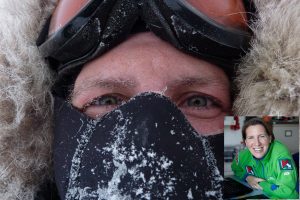 Did the mission accomplished by the polar-skiing ingenues “bash societal expectations and create a new brand of role model” as the expedition’s leader wanted with women moving into the vanguard of bringing about change that the world desperately needs? As the filmmakers so too wanted in their way?

Audiences: Prepare for the rapture of this breathtaking and mesmerizing picture-perfect account rippling with plot and sub-plot intrigue and suspense captured in lush, beatific images and scenes.

For mission accomplished, the team must navigate all manner of perilous -35°F degree days that include frostbite, polar bear threats, misogynism and the existential angst of self-doubt in what may be the last over-ice expedition to the top of the world.

“We’ve created a film that offers an alternative to, and reimagines, the traditionally male-oriented expedition genre – all while delivering ace character-driven storytelling. I believe that when women come to fully believe in ourselves, especially in the crucible of the natural world, it’s catalytic. We can take the reins, work across boundaries of all kinds, and lead a way into a future where we adapt, with compassion and equity, to the changing climate. And the movie’s just a lot of fun, too. Never underestimate the power of fun!” – Director Holly Morris 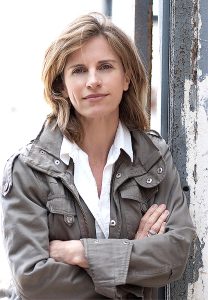 From Director Holly Morris: “Helping tell the stories of women who are resilient and strong and funny in extreme situations is my way” of doing something (for the cause). A catalytic alchemy can happen when women, together, overcome — especially in the natural world and in the face of environmental devastation. Women and girls, especially those working in cross-cultural communities, will be the ones to lead us into a new future defined by how we respond to climate change. And as in my previous feature film, The Babushkas of Chernobyl, Exposure explores the bonds built between women, and the self-reliance and determination that come from taking risks and moving beyond what’s thought to be possible.”

Contributing to the Cause:  ”Ours was the most ambitious North Pole production I’m aware of. No dogs. No snowmobiles. No men. Just our film team [always separate from Aston’s team], including myself and heroic extreme-conditions cinematographers Ingeborg Jakobsen (Norwegian) and Kathryn Barrows (American). My vision was to capture verité, immediacy, and not lean on narration – which most expedition films do.”

“We struggled over a dangerous semi-frozen Arctic Ocean with camera batteries strapped to our warm-ish bodies to keep them from dying. The film team pulled sledges full of equipment, trading off as necessary — one person would pull while the other would shoot. Mic-ing and monitoring a team of 11 women when they are so covered up — it’s difficult to know who’s who, never mind what they are saying. This made it incredibly challenging to figure out story points.” 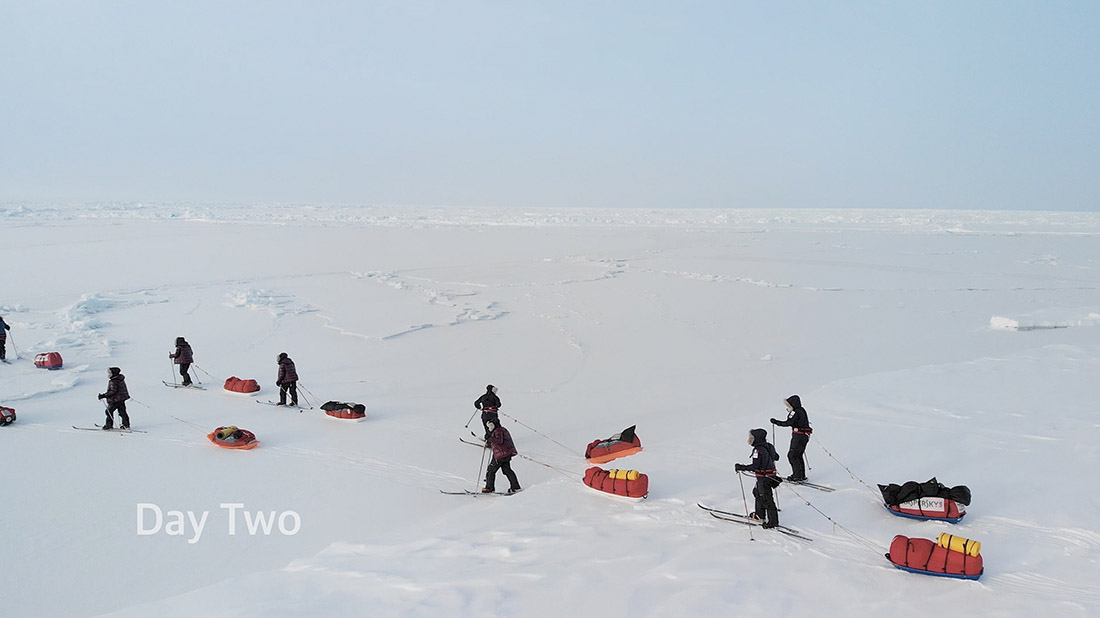 “Probably the moment we were dropped on the sea ice – alone, remote, deadly quiet. Just breathing arctic air feels like a blade to the throat. Polar bears transform from a symbol of the changing climate … to hungry predators, possibly lurking behind every ice floe. Thin ice cracking beneath our skis was a sickening reminder that under us was only the frigid ocean. Polar exploration makes the existential threat of climate change vivid and real. The season in which we filmed had record-low sea ice extent. I remember Cypriot team member Stephanie saying, “In a few years we’ll have to swim to the North Pole.”

Drop-off Point of Longyearbyen on Norway’s Svalbard Archipelago Had Its Perils. “We waited for a Russian team to build Ice Station Barneo — an epic undertaking delayed nearly three weeks in the wake of two recent helicopter crashes that grounded all aviation. It wasn’t always easy being an all-woman, novice team among a rarified community of veteran polar explorers and scientists (male)— some of whom questioned our “place at the table.” 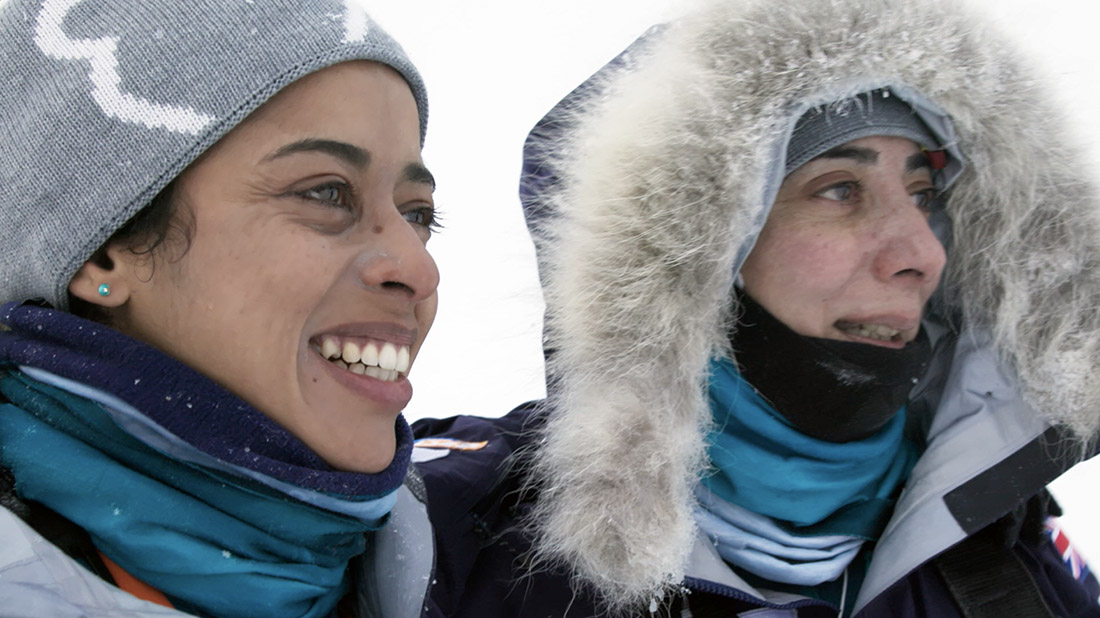 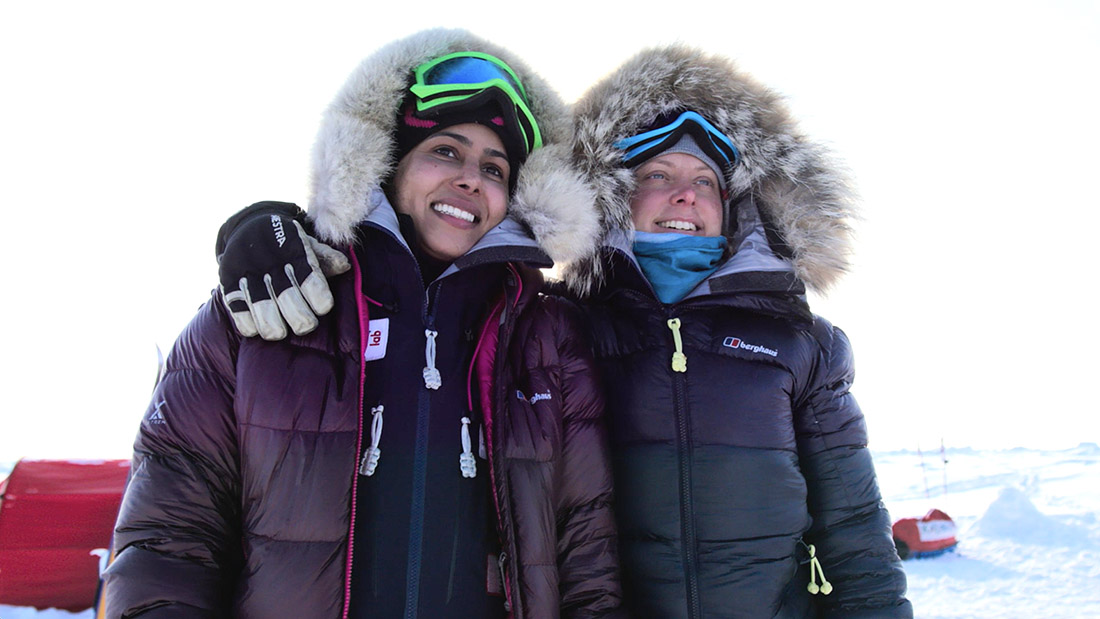 Holly Morris, Director/Producer
For two decades Holly Morris has told, and championed, pro-woman, cross-cultural stories on the global stage. She is an internationally known filmmaker, author, and presenter. Click here for more.

Penelope Falk, Editor
Penelope Falk’s most recent films are Running With Beto, which premiered at SXSW and will air on HBO, and Recovery Boys, currently on Netflix. Her previous project, Step, won the 2017 Sundance Jury Prize for Inspirational Filmmaking.  Click here for more.

Similar to the challenges faced by the expedition team, the production was subjected to endless admonitions of what would not be possible at the North Pole: finding a crew qualified for extreme conditions, filming with cinematic 4K cameras & lenses, flying a drone so near the Magnetic North Pole. Although not easy, all of these goals were achieved with huge success and few issues. 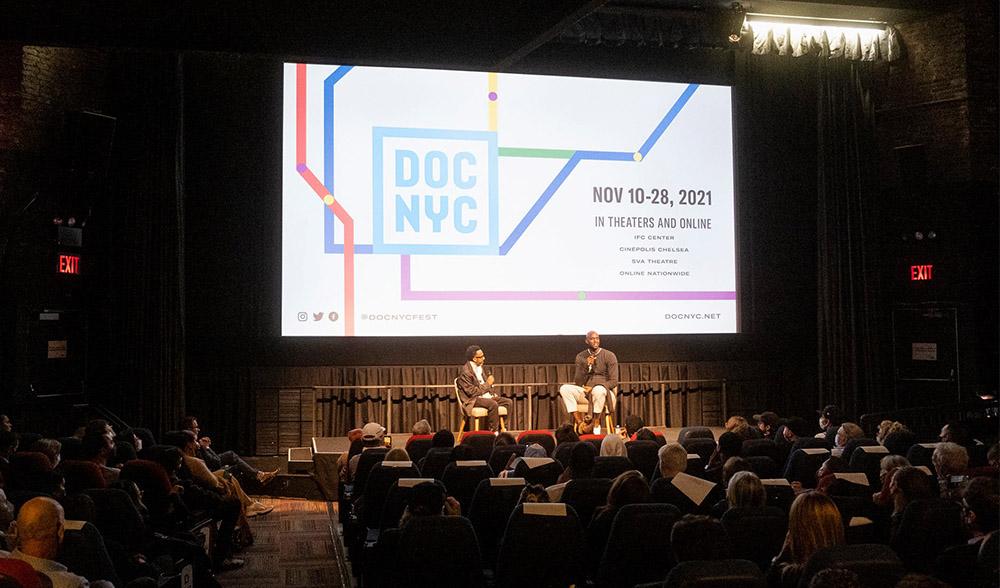 This reviewer relied heavily on the production notes.