Something Deliciously Wicked This Way Comes

The superbly crafted LEGIONS is, 1), stylishly gruesome instead of gratuitously gory; 2), bone rattling scary; 3), has oodles of nattily done comedial scenes and vignettes sweeping across the range of dry, sly, wet and variant humors including slapstick; and, 4, a head-spinning, out of this world, phantasmagoric ending. It will keep audiences on the edge though it could blow a lot right out of their seats. On a five-star rating system, this reviewer could easily imagine a 5.

Demonic supernatural powers are readying to lay siege to Argentina, and the country’s best hope is an aging shaman who for years has been held in an insane asylum where he is consumed with guilt for mistakes he made in the past. 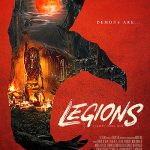 But the shaman comes to his senses – mystical and otherwise – and recruits a ragtag entourage of certifiably looney tunes patients to help him escape so that he can locate and reconcile with his estranged daughter with the hope they can reunite their magical bloodline to fight the powers.

LEGIONS is directed and written by Fabián Forte, starring Germán de Silva Ezequiel Rodriguez as the fabled shaman, Antonio Poyju, and Lorena Vega as Helena Poyju (Antonio’s daughter). It is produced by Javier Diaz. Argentinian filmmaker Fabián Forte’s newest film, according to XYZ press information, rachet up the principal comedic and directional elements of his previous cinematic successes, the comedic writing and direction of his 2016 hit DEAD MAN TELLS HIS OWN TALE and his 2017 TERRIFIED.

The duel between the credulous and incredulous enrich imaginative and fascinating storytelling. For example, mentally ill  patients believe the shaman’s accounting of his supernatural nature as well as the existence of demons and evil supernatural forces. On the other hand, doctors, orderlies and other medical staff believe the shaman needs to be regularly medicated because he, as far as they care concerned, is obviously nuts.

Vignettes and scenes of eccentric if not off the wall antics of the shaman’s whacky recruits going about their missions to help their warlock escape are brilliantly hilarious. 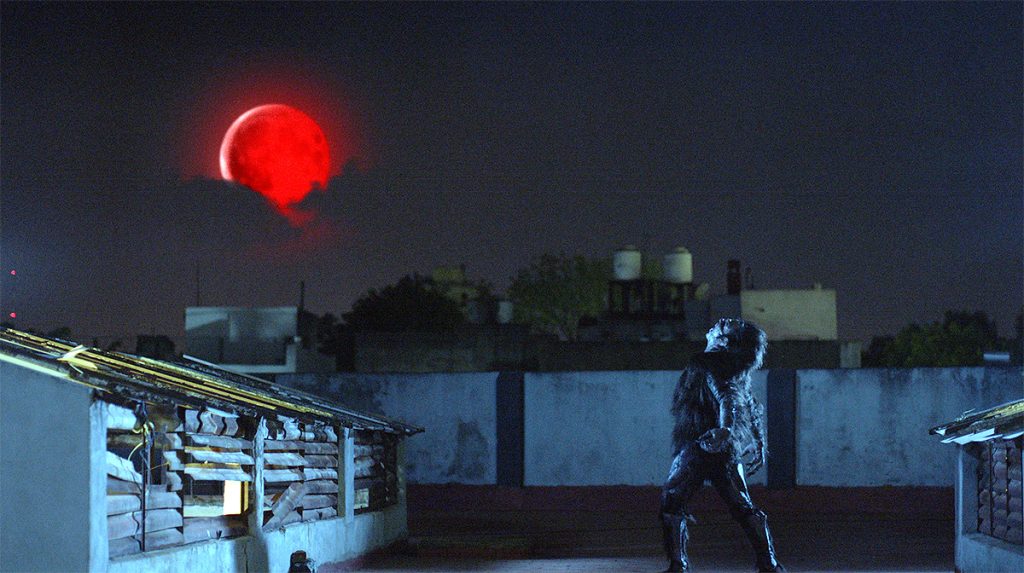 Something Wicked This Way Slimes. Picture courtesy of XYZ

Though being released as pulsating edge-of-the-seat horror, LEGIONS has the visceral feel of an affecting folktale based on the studies, works and writings of not only the ardent imagination of an emerging virtuoso filmmaker but that of a scholarly ethnographer immersed in Argentinian culture. That duality of a folklorish touch on the one hand and bone rattling fear and stylishly gruesome gore on the other makes for great story telling.

Sure, the publicity of lots of horror movies claim to invoke aspects of, or, directly say they are based on folktales. That aspect is believed to enhances the movies’ credibility and verisimilitudinous in order to lure audiences to the big screens in theaters and at home. LEGIONS, however, is so eloquently done that bone-chilling horror and styish gore are scrupulously used to augment and supplement not to make up for limp filmmaking.

Director/Writer Forte’s gem does double duty for audiences by delivering a message about the nature of men and women whose lives are effected by Argentinian folklore mysticism and culture whether they know it or not serves up hair-raising moments audiences expect to see after plunking down ticket $$$ or hitting the remotes in their homes.

XYZ Films is an independent studio stating laying claim that its mission is to empower visionary storytellers from every corner of the planet.

It was founded in 2008 by Nate Bolotin, Nick Spicer, and Aram Tertzakian and has expanded in recent years into documentary, talent management, and distribution. Some of the company’s classic titles include THE RAID franchise, 2017 Sundance winner I DON’T FEEL AT HOME IN THIS WORLD ANYMORE, and Panos Cosmatos’ psychedelic revenge thriller, MANDY.

Existing projects include THE BLACK KAISER with Mads Mikkelsen; HOUNDS OF WAR starring Frank Grillo, Robert Patrick, and Rhona Mitra; and the Justin Benson & Aaron Moorhead film, SOMETHING IN THE DIRT which premiered at Sundance 2022.