The Majestic Theatre, located on West 44th Street is nestled in the heart of Manhattan’s Theater District, and sandwiched between hole in the wall pizza chains, gift shops, old school Italian joints and numerous micro and macro business venues, resulting in a dazzling collective signage that works like a magnet for tourists with selfie sticks.

Outside the Majestic on April 12, theater attendants shouted that they would be checking for IDs and proof of vaccinations. I eventually sat center stage, three rows away from the balcony, allowing me to gaze dead-center at the stage. With red velvet seats, gold trim along the walls and a massive golden dome above, the venue was a spectacular sight for Phantom of the Opera.

Before the show began, holding round signs with large text saying “Mask Up,” ushers combed the rows. Active eating and drinking were the exceptions to the masking up rule. After each sip from my Phantom themed $33 gin and tonic, I swiftly covered up my face. 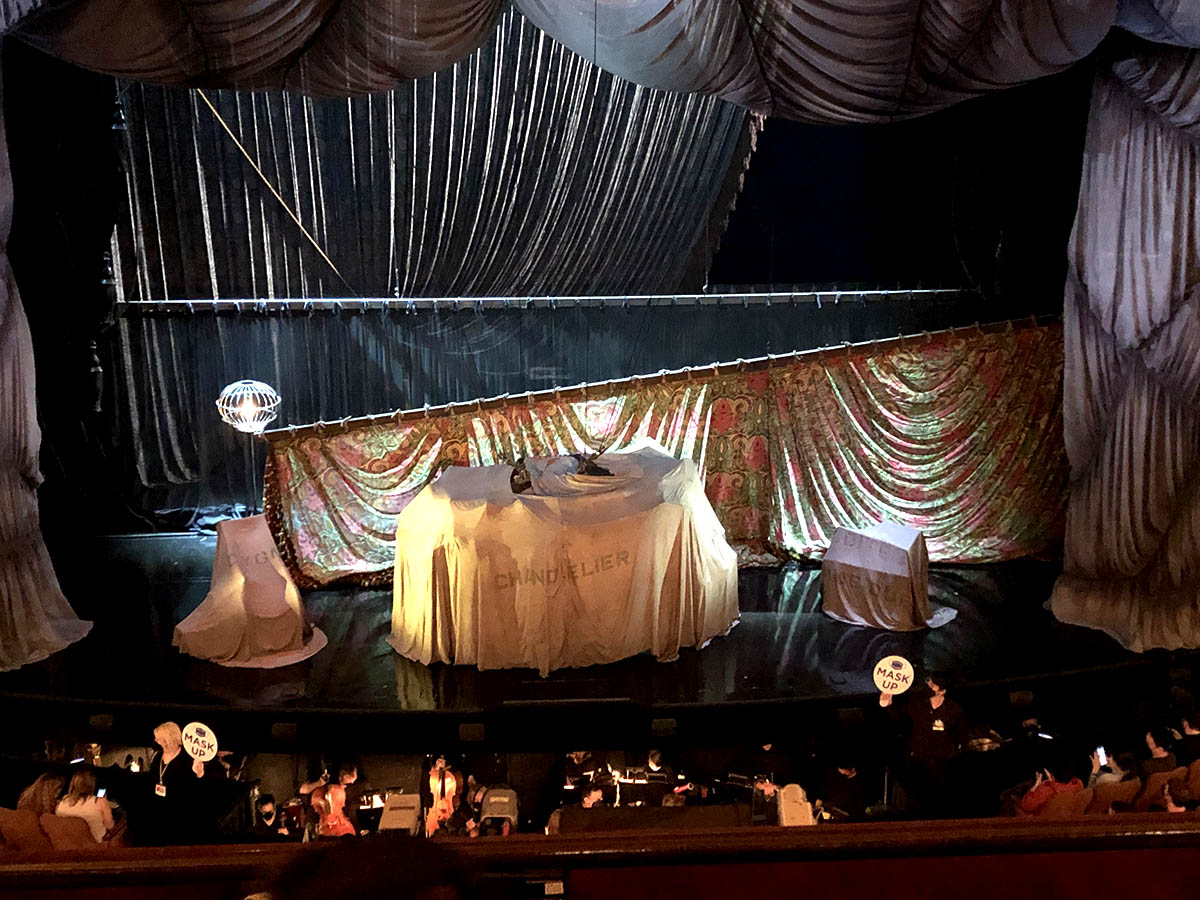 The tickets were a birthday gift from Edith, my boyfriend’s grandmother. At 90, the matriarch lives on her own in a high rise on the Upper East Side. For dinner when we visit, she orders take-outs from the Chinese restaurant next door and regales us with family gossip and the the latest episodes of Dickenson.

During a recent visit, Edith said that she and Sylvia Plath were friends in college. “Oh yes, I believe it was in the beginning of my first marriage that she first tried to kill herself,” she recalled. I sat in disbelief, wondering if any characters in The Bell Jar  shared Edith’s likeness as she ate her peanut noodles.

Two weeks before showtime, I had been looking forward to a Mitski concert at Radio City Music Hall, but it was suddenly postponed due to a band member testing positive for COVID. But Edith’s gift more than replace the disappointment.

On April 12, one day before showtime, Frank James, wearing a green construction vest rode and carrying a tool bag on a Manhattan bound N train in Sunset Park, tossed two smoke canisters in the subway car and then shot 10 people in volley of 33 shots, but none fatally. He was caught the next day in the East Village. City news media profusely reported that shooting and other shootings and that violence was escalating in the streets and subways and that the fear was sweeping the city. Nevertheless, many NY-ers refused to be swayed from their routines – and it was joy and excitement that swept the Majestic April 13.

The story line of the Phantom goes that a man with a concealed identity hides out beneath a 19th century opera house. Clandestinely, he tutors a talented female orphan, Christine Daae, with whom he develops a romantic obsession. Christine, with the mentoring of her Phantom, lands the leading role of the opera’s new show and attracts the attention of her former flame, Raul.

Jealous, the Phantom goes on a murderous rampage, yet, Christine still finds herself mesmerized by her menacing former mentor. 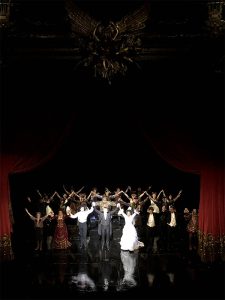 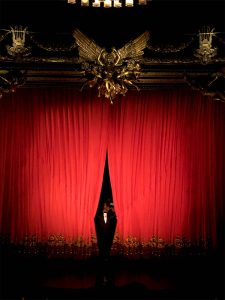 The show holds no punches and leans into the dramatics of the gothic tale with elevated stage production and ornate costumery. The stage agilely transforms with each scene.

The audience watches the Phantom steer his raft through a foggy subterranean river, a masquerade ball with a grand staircase and an early morning gun fight in a Parisian cemetery. The visual feast and impressive vocal talent softens the violence in the love story that centers around a murderous predator.

In a historic casting as the first Black woman to play the lead, Emilie Kouatchou’s debut was stunning.

Her performance revealed an incredible range in her acting as well as strong vocals that resonated through the entire theater. Ben Crawford reprised his role as the Phantom though he crossed the line of a Van Helsing rock star more than once, his strutting across the stage was disarming for anyone expecting to see a more elusive, brooding Phantom.

Regardless, it’s easy to lose sight of minor details while being swept up in the entirety of an awe-inspiring show. Kouatchou received a standing ovation that wasfollowed by a message from the cast requesting donations for Ukrainian aid. Outside, crowded sidewalks were lined with taxis and tourist bikes, and the nearest subway stop was monitored by a six-person police unit. I basked in the rapture that I had spent the night in a Parisian opera house far from a metropolis coming to grips of its big city woes.

Katie Lambert can be reached at CATHERINE.LAMBERT52@myhunter.cuny.edu