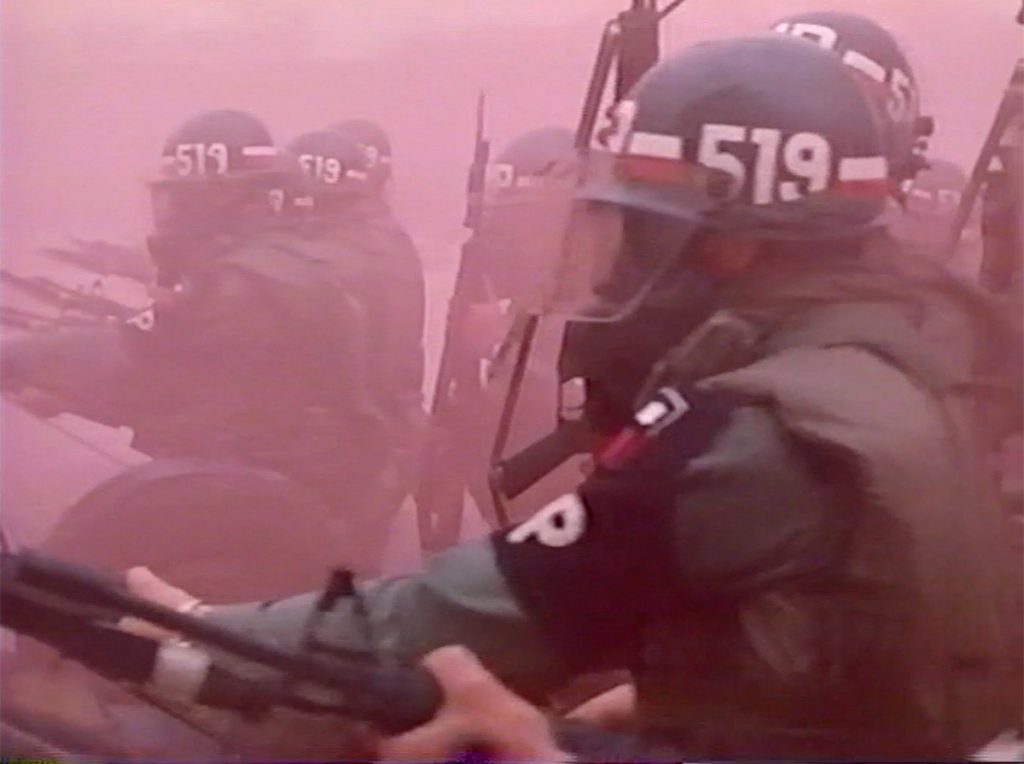 Sierra Pettengill, Director
Focuses on the warped narratives of the American past. Most recently, she directed the archival short The Rifleman, which premiered at the 2021Sundance Film Festival. Her 2017 feature-length film, the all-archival documentary The Reagan Show, premiered at the Locarno Film Festival before airing on CNN. Shedirected the ‘Big Dan’s Tavern’ episode of the Netflix series Trial By Media about the first televised rape trial in the U.S.

Her 2018 all-archival short film, Graven Image, aired on POV and is held at the Legacy Museum in Montgomery, Alabama. In 2013 she produced the Academy Award-nominated film Cutie & the Boxer, which also won an Emmy Award for Best Documentary, and co-directed (with Jamila Wignot) Town Hall about the emergent Tea Party movement, for PBS.

She has also worked as an archival researcher for many artists including Jim Jarmusch and Adam Pendleton. She was a Sundance Institute Art of Nonfiction Fellow, a fellow at the Yaddo and MacDowell colonies, and is a board member of Screen Slate.

Sara Archambault, Producer
Creative Producer dedicated to artful nonfiction storytelling. She has an extensive professional history in production, programming and foundation work, including 10 years as Program Director at the LEF Foundation, and 9 years as Founder/Programmer of the award-winning documentary film series The DocYard.

Past producing credits include the Emmy-nominated documentary Traces of the Trade, Street Fighting Men, Truth or Consequences, and award-winning shorts Community Patrol and Contents Inventory. Sara’s work has received support from Sundance Film Institute, Tribeca Film Institute, SFFILM, Catapult Film Fund, IDA, Hot Docs Pitch Forum, Film Independent, and IFP Spotlight on Documentaries, among others. Sara was a 2020 Impact Partners Producing Fellow, a 2013 Sundance Creative Producers Lab Fellow and
was named the 2020 SF DocFest Vanguard Awardee. She is a board member of The Flaherty.

Jamila Wignot, Producer
An award-winning Brooklyn-based filmmaker. Her body of work includes Ailey (Sundance ’21); the Peabody, Emmy, and NAACP award-winning The
African Americans: Many Rivers to Cross; Town Hall: a feature-length co-production with ITVS about the Tea Party movement; and for AMERICAN EXPERIENCE the Peabody Award-winning Triangle Fire and Emmy-nominated Walt Whitman.

Tobi Haslett, Writer
Has written about art, film, literature and politics for the New Yorker, Artforum, Harper’s, and elsewhere. He penned the introduction to Horse Crazy (1989), a novel by Gary Indiana reissued in 2018, and Nothing But the Music, a collection of poems by Thulani Davis forthcoming from Blank Forms in 2020. Tobi’s essays have appeared in the exhibition catalogues for Radical Visions: Reza Abdoh (MoMA PS1, 2018) and Martin Puryear’s U.S. Pavilion exhibition at the 59th Venice Biennale. He lives in New York.

Nels Bangerter, Editor
An Emmy-nominated documentary film editor and two-time winner of both the International Documentary Association and Cinema Eye Honors Best Editing awards. His work includes Cameraperson, which premiered at Sundance and won the Freedom of Expression award from the National Board of Review Dick Johnson is Dead, The Hottest August, the Academy Award-nominated short film Buzkashi Boys, and Let the Fire Burn. Nels has contributed as a consultant to numerous award-winning projects, and has been an advisor for several incubators including the Sundance Institute Lab Program. Before becoming an editor, he worked in a gold mine, lived in a redwood tree, and earned an MFA in film production from USC.

Jace Clayton, Composer
An artist and writer based in New York, also known for his work as DJ /rupture. He is the author of Uproot: Travels in 21st Century Music and Digital Culture (Farrar, Straus and Giroux) and was awarded a 2020 Andy Warhol Foundation Art Writers Grant to support Behold the Monkey, his upcoming book on contemporary art, faith, and social media. Jace is currently Assistant Professor of Visual Arts at Columbia University and Interim Director of the Sound Arts Program.

He has performed in over three dozen countries, both solo and as director of large ensemble performances. Since 2018 his work has been exhibited internationally.

Charlene Modeste, Narrator
Charlene Modeste is an actress and singer-songwriter based in Los Angeles with a background in live theatre. She and fellow cast members were recipients of an LA Weekly Theater Award (Best Ensemble) and an Ovation Award (Best Musical in an Intimate Theatre) for The Women Of Brewster Place: The Musical. She is honored to lend her voice to the story of Riotsville, USA and is currently working on her one woman show, She’s About To Pop!