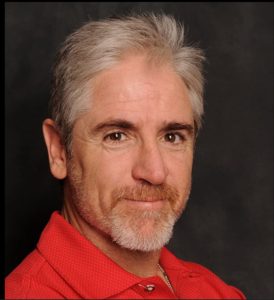 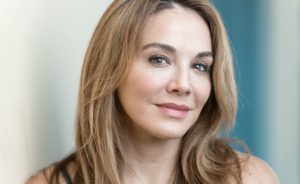 Gregg Morris: Well one of the things about the movie is that I immediately wanted to see it again. That line, ‘Always leave one in the head.’ Jesus.

Carlos Alazraqu continues:
So both of us put that in there hoping that it would work and land like that. And then Rob Belushi, I think Rob Belushi’s performance and Jill’s performance allows us. I tell these people that, the reason that you want to see it again is because it’s Harry Potter. It’s Hermione, who’s Gina. It’s Ron Weasley, who’s Vince. And Harry Potter is Rob Belushi. And so you want to follow these three wherever they go. Oh, what’s the next adventure? It’s going to be the Goblet of Zombies, The Rise of the Phoenix, whatever it is. So I think that’s what allows us to take that adventure over and over again.

Gregg Morris continues: There’s a lot of that in the movie and it just came across so natural. Anyway, I’m still astonished that someone could do that with a movie like that. {I go off about seeing JESUS CHRIST SUPERSTAR (1997) when I was playing basketball in Portugal. I lived in Lisbon. Me, a girlfriend and a few friends we made in Lisbon and few from the States visiting us saw the film more than 60 times. We couldn’t get it out of our heads, minds, bodies, souls  because each time we talked about the movie after we saw it, we discovered “stuff” that we had overlooked or that someone saw something special that was missed by the rest of us. So, we had to see the movie again.}

And it [WITNESS INFECTION] is one of these, I haven’t seen a movie like this in such a long time where you’ve got to see it again and again because there’s more going on. You bring in new people with you to see it and they start the cycle all over again. God, what a movie.

Carlos Alazraqui:
It’s got a little bit of that KILL BILL vibe. We’re not as a verbose as a Tarantino, but it is a roadhouse movie. And where you see a line that’s just like so silly too, so stupid –  ‘Get back Loretta!’ – when Vince is pushing the zombie through the glass door. ‘Get back Loretta,’ all that kind of stuff. Yeah, everybody had really great one-liners.

Fred’s like, ‘You got a problem with that, Margaret Snatcher?’ Silly, stupid lines that fit the character. ‘Jesus, Dante quit throwing up in my ficus!’ All kinds of stuff. So we got away with a lot of fun lines. And a lot of that too, after we had written it is. Andy Palmer [Director] went through and made some passes. And then our actors, that whole scene with Gary Anthony Williams and Joe Reitman, we can’t take credit for the writing. I just told them, we both told them, ‘Just make some stuff up.’ And they nailed it.

[GM: Every actor, regardless of their roles in the movie, is a veteran. Even those with just a few lines have major acting experience. I recognized some and discovered others via research and IMDb. It’s as if the whole production was the result of one big community coming together for a big event like a flash-crowd beyond belief. ].

Gregg Morris: I have to ask, What are you guys doing next?

Jill-Michele Melean:
No problem. But we, when this quarantine all happened, we thought it was going to be just a couple of weeks.  And Carlos had this other idea that he was spinning around and he had previously made it into a television pilot that had some success. But then it didn’t go. So he was like, ‘Llisten, I have this script, but we can take the seed of the idea because it’s really good and make it something else.’

So we’ve written a family comedy, and then hopefully we’re going to be sending that out now and get some steam on. Because we really hope … it [WITNESS PROTECTION has had such great reviews, and people loving WITNESS INFECTION, we’ve always wanted to write a sequel to WITNESS INFECTION. So that hopefully will be coming into the works as long as the audience keeps watching it and we keep getting requests, we’re going to make it happen.

Gregg Morris: So, let me just make sure I heard this right. You’re working on a sequel?

Gregg Morris: You want to work on a sequel?

Jill-Michele Meleán:
A sequel to WITNESS INFECTION.  We have the idea already, but we wanted to make sure the audience was receiving it well and everyone was loving it. So that’s definitely something that we are talking about and I think we’re going to make happen. And then on the side note, we have a family company that we are putting out there right now that is finished. Because of the pandemic, we wrote it during the pandemic. And it was a lot of fun to write.

Gregg Morris: So how many scripts have you guys written?

Carlos Alazraqui:
This was our first together, Jill’s written several. Counting the one we just wrote, two. But this was our first that we wrote together. And my wife and I decided we would finance it, so we would have more autonomy with who we could hire and how we could shoot it and what we wanted to do. And I think it worked out best that way, but Jill, you’ve written several.

Jill-Michele Meleán:
Yeah I’ve written several, and then Carl and I have worked on many projects together as well. We not only have worked on different television pilots together that we have come up with wonderful ideas and we’re resurfacing a couple of them now. But also as comics and touring together, we’ve always been there to go watch each other’s jokes and be like, ‘Hey, I have an idea for this.’ And we were able to trust each other with our writing. We really respect each other. And I think that’s incredibly important when you’re writing together, because there’s no ego involved.

And, if he said like, ‘I don’t really get that,’ I’m not going to try to convince him and neither is he. We’re just like, ‘Okay, well, let’s move on. What, do you think she should stay here? What do you think he should say here? How do you think this should go?’ And we bounce off each other’s ideas very, very quickly. And I’ve been in many writer’s rooms as a writer, and it doesn’t usually flow that way. I’m incredibly grateful that I’ve found an awesome writing partner.

Carlos Alazraqui:
We’re not embarrassed to say, ‘Nah, that’s not going to work.’ Because just on our latest script, I thought, ‘Hey, how about this for the ending scenes?’ Like, ‘No, I don’t think so. Because of this.’ I go, ‘yeah. You know what? You’re right. I got all excited about it. The way we wrote it, it makes more sense. It’s more,’ not to give too much away, ‘It’s just more broadcast news that way.”‘ And she’s like, ‘Okay, good. Yeah. Awesome.’

Carlos Alazraqui:
Gosh, there’s international, with a company called 123 media. So, I think the international follows quite quickly right, Jill, doesn’t it?
Jill-Michele Melean:
Yeah, we will be getting a date pretty soon for international. Our focus is right now, domestic. So we’re hoping that US really loves this film. So get out there and rent and buy, and I would suggest to buy, you want to watch it over and over and over again, right?
Gregg Morris:
Yp. Is there anything I could have asked you that you wish I might’ve asked?
Carlos Alazraqui:
Like, where did you get this cast?
Jill-Michele Melean:
Well, yeah, where did you get this cast?
Carlos Alazraqui:
I’m glad you asked. I was the voice in your head. [GW: Yep.] We got our friends and it really helped us write the movie because we were writing Vince for Vince, we were writing Dominic for Bret Ernst and/or Ryan Bottiglieri, who was our Jersey Hunter in the first scene. And we were writing, the only one we didn’t write for was, we wrote Carlo for me, and then I ended up thinking, we thought all of us together and said, “no, you need to play the dad.” So we got Rob Belushi along with Kim Stolten.

Carlos Alazraqui:
…. And then Jill, you got Joe Reitman and Hari, Wortell what’s her first name?
Jill-Michele Melean:
Holly Wortell.
Carlos Alazraqui:
And then she scored the biggest one for us because we both wanted Debra Wilson, but then tell him what happened, Jill.
Jill-Michele Melean:
So, Debra Wilson was a friend of mine when I was on the TV show [inaudible] and we remained very close and we actually wrote the staff of Vincent for Debra Wilson. And then she had a call that she was in [another film].
Jill-Michele Melean:
So she had to shoot a film in Sweden and called me and was freaking out like, “Oh my gosh, I don’t know what to do.” And I was like, “Don’t you worry, you go to your first position, there’s nothing we can do.” And then I had to take a moment because she was the only person that I called for that role, because we wrote it for her.

And I started going through my head and I had just done a movie with Monique Coleman. And I was like, “This is a long shot, but I think Monique would be amazing for it.” And I called Monique and we face-timed and she was in Australia and she goes, “Oh my gosh, I just finished a meditation, and I was asking for a role like this, and then you call me.” And she goes, “yes, yes, yes. I don’t even care what it is. If it’s $2, I’m showing up.” So we got really lucky and I think Monique was phenomenal in it.

They had the pick of the litter of veteran character actors, including the cinematographer and film editors. Below are some stills of scenes that definitely would be great for posters. God, what a movie.

← WITNESS INFECTION 5Ws-and-H Q&A with Writers Carlos Alazraqui and Jill-Michele Meleán – Part 1
Damn the Pandemic, Full Speed Ahead
I’m a pretty introverted leaning person so the beginning of quarantine was almost like a blissful vacation →