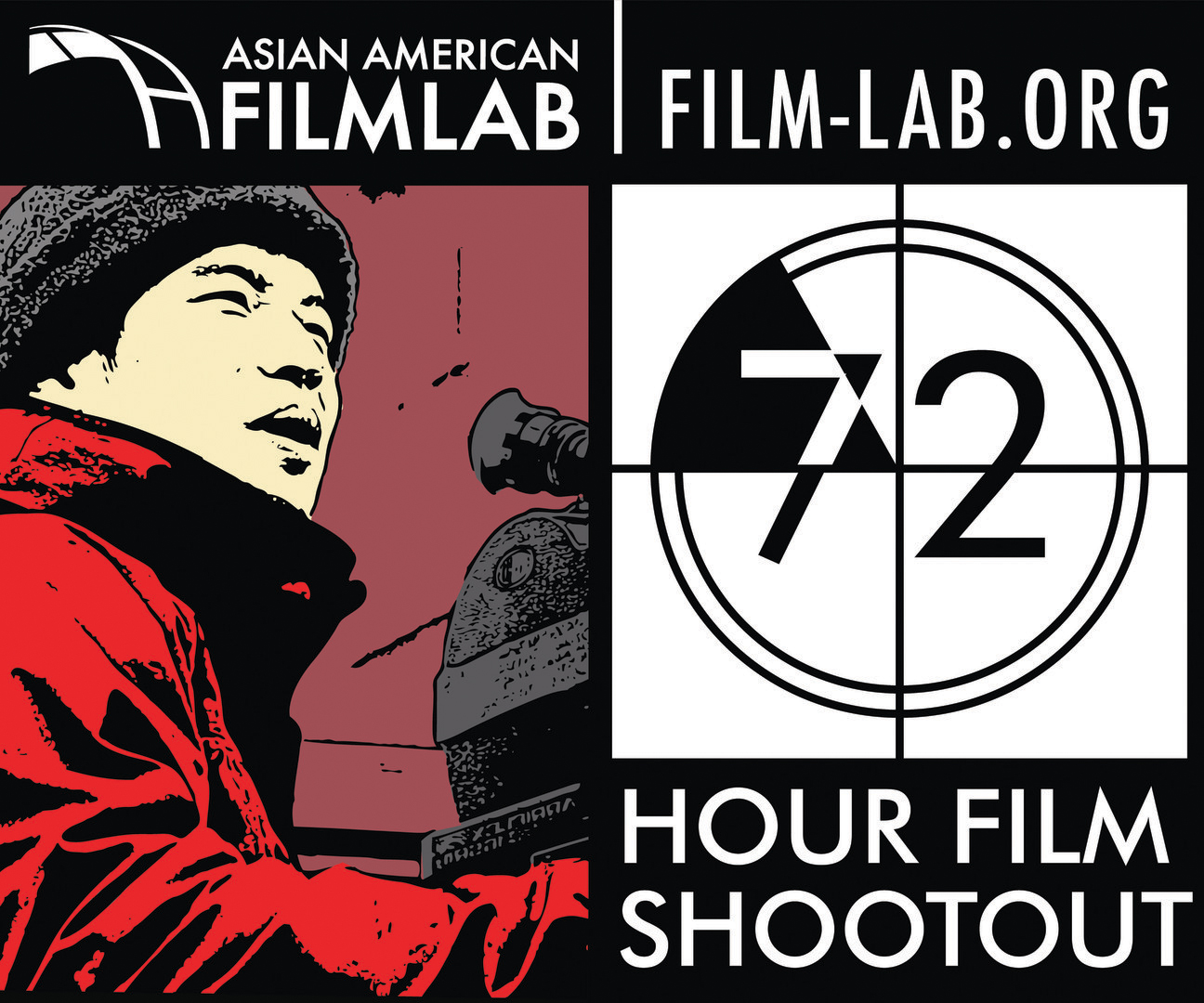 “Teams compete for access to a year of free educational and networking events, mentorships with executives at major networks like ABC, cash, prizes and the chance to have their films screened at film festivals, both nationally and internationally, and on television.”

“The competition creates a valuable opportunity for filmmakers of color – focusing on Asian American filmmakers – and women, as well as other underrepresented groups, to demonstrate their talent, gain exposure in the entertainment industry and impact the visibility of diverse stories and characters in film.”

“One of the Shootout requirements is that at least one key production member (e.g., director, producer or writer) and a principal actor from each team must be of Asian descent.”

The Film Lab will host a series of spring events to prepare filmmakers for 72 intense hours in June when filmmaking teams are given a common theme at the start and then have 72 hours to write, shoot, edit, and complete short films up to 5 minutes in length. The Film Lab held the 2020 Shootout in “isolation” when the Pandemic struck and encouraged filmmakers to shoot alone at home. The result was a breathtaking and unique body of exceptional work. 2021 should be an even bigger blast.

“We may film in isolation again this year, due to health and safety concerns,” said Film Lab President, actress Jennifer Betit Yen. “Given the great accomplishments made by filmmakers in isolation last year, we expect they’ll rise to the challenge even more successfully this year.”

Said 2021 Shootout Coordinator, Shing Chung, “I see the Shootout as a community for filmmakers and creatives to collaborate and network. Therefore, there will be more networking and community events each month that serve two purposes, creating a pipeline between the Shootout Team and the filmmakers and hosting a platform that allows contestants to meet and hopefully collaborate on future projects.”

Registered competitors gain access to nearly a year’s worth of programming ranging from filmmaking how-to workshops to networking events. Shootout teams compete for film festival and television exhibition, mentorship from top executives at major networks, such as ABC, cash, and other prizes. The top 10 films have the chance to screen their films at the prestigious Asian American International Film Festival, the only festival of its kind on the East Coast.

The Shootout creates opportunities for filmmakers of color and women, particularly Asian Americans, to demonstrate their talent, gain exposure in the entertainment industry and create positive significant impact on the visibility of Asian and Asian American stories and characters in film and television. One of the Shootout requirements is that at least one key production member (e.g., director, producer or writer) and a principal actor from each team must be of Asian descent.

The competition is also a perfect way for filmmakers, actors, writers, directors, editors, and “newbies” to learn, test their abilities and teamwork without any significant financial or time commitment.

About the Asian American Film Lab

The Film Lab is a non-profit 501(c)(3) headquartered in New York City and has been dedicated to the promotion and support of gender and ethnic diversity in media since 1998. The Film Lab accomplishes that goal in three ways: (1) education; (2) outreach and support; and (3) film, television and online entertainment production.

Click here for Part 2.
Gregg W. Morris can be reached at gregghc@comcast.net or profgreggwmorris@gmail.com