In his fleeting term in office, he led the defeat of the political machine apparatus of what was then considered the most racially segregated city in the United States: Chi-Town. His election, savvy campaigning style and other qualities came together like a karmic jolt, stirring up vistas of promising things that could come regarding the real Life, Liberty and Pursuit of Happiness for ALL – and not just in Chicago.

At the time, his election looked like, if not a coup de grace, at least a savaging of pernicious racism and the essence of that victory resonated cosmically, literally and figuratively, virtually across the globe with this message: Real progressive policies can defeat racism, fascism, Nazism in any form, shape or guise they manifest.

What It Took to Make a Cinematic Tour de Force 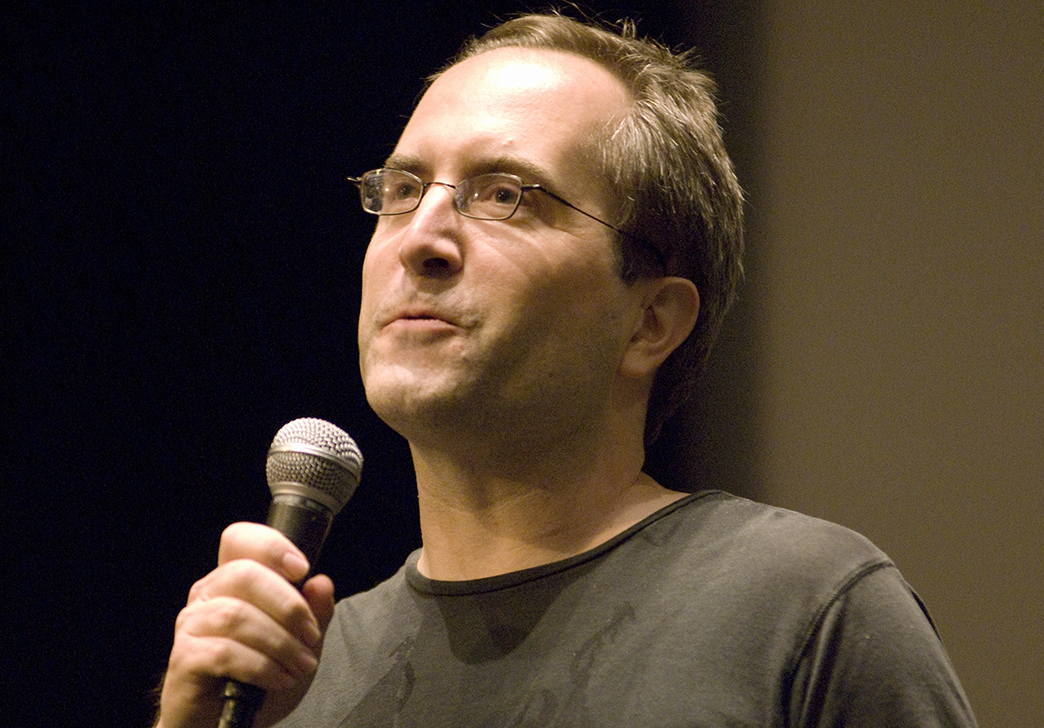 With meticulously selected archival footage, vivid cinematography and superb production values throughout this bravura story telling, Director Joe Winston renders a 1980s Chicago teeming with corruption and rife with racist discrimination. It doesn’t miss a beat. PUNCH 9 FOR HAROLD WASHINGTON also features interviews with Rev. Jesse Jackson, David Axelrod, Valerie Jarrett and other social justice gladiators on the front lines and in the backrooms of power.

Audiences can expect to be swept up in a time portal of past, present and anticipation of that yet to come. The portrait of Chicago’s First Black Hizzoner; Charismatic, shrewd in political maneuvering, stinging betrayals and breath taking victories that enemies and adversaries couldn’t anticipate – just like the cinematic landscapes of times past ­– will keep audiences on the edge of their seats.

Director Winston and producers Raymond Lambert and Sonya Jackson could not be more timely with their masterpiece. Racism in American politics, stripped of all its artifice, is savage even as Blacks, People of Color and women are forthrightly in the trenches going toe-to-toe, hand-to-hand, literally and figuratively, storming one trench after another. A showdown is inevitable, Winston writes in his Director’s Statement.

Is PUNCH 9 a Playbook that can prep us for the inevitable. It most certainly belongs on that pantheon of documentaries speaking truth to power, the kind that can inspire audiences to want to get up from their seats and go out to fight.

In his Director’s Statement, Joe Winston writes he lived in the University of Chicago area of Hyde Park on Chicago’s South Side. When Harold Washington ran for mayor in 1983, Winston was a teen, and his high school was just a few blocks from Washington’s home. (Note: Just a bike ride from 6459 S. Aberdeen where this reviewer lived in his high school days at Mt. Carmel High School.)

Winston writes: The brutal, racist campaign against Washington was an eye-opener for me; I wrote about it for the school newspaper. Later, parents of friends went to work for his administration. He was a local hero, and neighborhood teens were enamored by his swagger, humor and vocabulary. Winston and friends crashed an event where Mayor Washington was speaking, and I shot some Super-8 movie ﬁlm of him – just to capture a bit of Harold’s inimitable speaking style.

The white backlash to Harold’s mayoralty was dubbed “Council Wars” by a local comedian, a term that caught on immediately. For my friends and I, this cemented the notion of a ﬁght between Good and Evil unfolding daily in Chicago’s City Hall. As kids, we didn’t truly understand the machinations of Chicago politics – but we all understood racism and injustice. 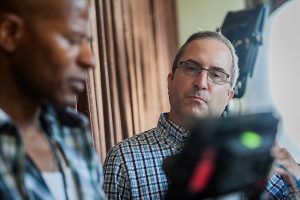 Years later, when Barack Obama became the first African-American President, Winston writes he anticipated the inevitable backlash. After all, I’d seen it before. So I was surprised, and frankly more than a little annoyed, by all the folks I met, mostly well-meaning White liberals, who seemed to think that America’s racial divide had been healed by Obama’s election. “Are you kidding me?” I would retort, “Don’t you remember Harold Washington?”

Once Obama took oﬃce, the very same political battles of Chicago in the 1980s erupted on the national scene. Winston writes that for him … it was like watching a Twilight Zone episode, a Sisyphusian struggle America was doomed to repeat.

The possibility that Harold’s accomplishments and victories could be virtually ignored and largely forgotten impelled me to make a ﬁlm about him. First, I looked around to see what was out there – there were no movies that told the story I was drawn to.

The project was intimidating. The sheer scope of information required to understand how a big city like Chicago works, what it means to be a Black leader who tries to change old, corrupt ways of doing business. Could I truly do Harold justice? Did enough ﬁlm, video and sound exist to tell the story? Do I have the ﬁlmmaking chops to make an exciting movie about city council meetings?

For this reviewer, as he was putting the final touches on Part 2, PUNCH 9, with its enthralling film score, meticulously selected archival imagery, cinematography and bravura directing and production, the film had set off visceral sensations that made him feel as if he had been swept up in a portal connecting the past and the present – and in the prophetic words of Film Director Joe Winston: As racism in American politics has taken an ugly turn, while minorities and women are gaining political clout they’ve never had before, a showdown is inevitable.

PUNCH 9 opened at DOC NYC 2021 smack dab in the final stages of the murder trial in Georgia of the three racists convicted in the shot-gunning of Ahmaud Arbery, a #BlackManRunning. PUNCH 9 is one of those you-have-to-see movies about America’s racial morass but it also belongs on the must-see-list of cinematic connoisseurs because it is so superbly made.

The following is a snippet of an interview of CK Hoffler, President of the Rainbow Push Coalition, by CNN’s Ali Velshi. PUNCH 9 irresistible punched into this reviewer’s as Velshi and Hoffler talked.

Velshi: Do you have a sense after this verdict, and after the Derek Shovin verdict, that that we’re getting better at this. In other words, we’re getting more race blind. We’re actually able to see whether or not that the trial, the case was motivated by race. We’re able to look at justice as justice.

CK Hoffler: No, I don’t think we’ve made great strides, but this is one important step. Just like the verdict in the Derick Chauvin, the trial, [Ahmaud Arbery] was one important step towards leveling the playing field opening people’s eyes to see the injustice that a lot of African-American men and women face on a daily basis, day in and day out.

There are thousands of people who are sitting in jail. Thousands of people who have been killed, African-Americans, with similar circumstances. We can’t turn back the clock in many instances, but this is an important step. And we have to keep on pushing on many fronts in the courts, through federal legislation and also with activism.

And I think we see a convergence, both in the Derick Chauvin trial as in the [garbled] trial, we do see a convergence of all of those factors, but most importantly, evidence that points to heinous crimes being committed for no reason.

PUNCH 9 can be for audiences that portal connecting the dots: Past, present and that yet to come. 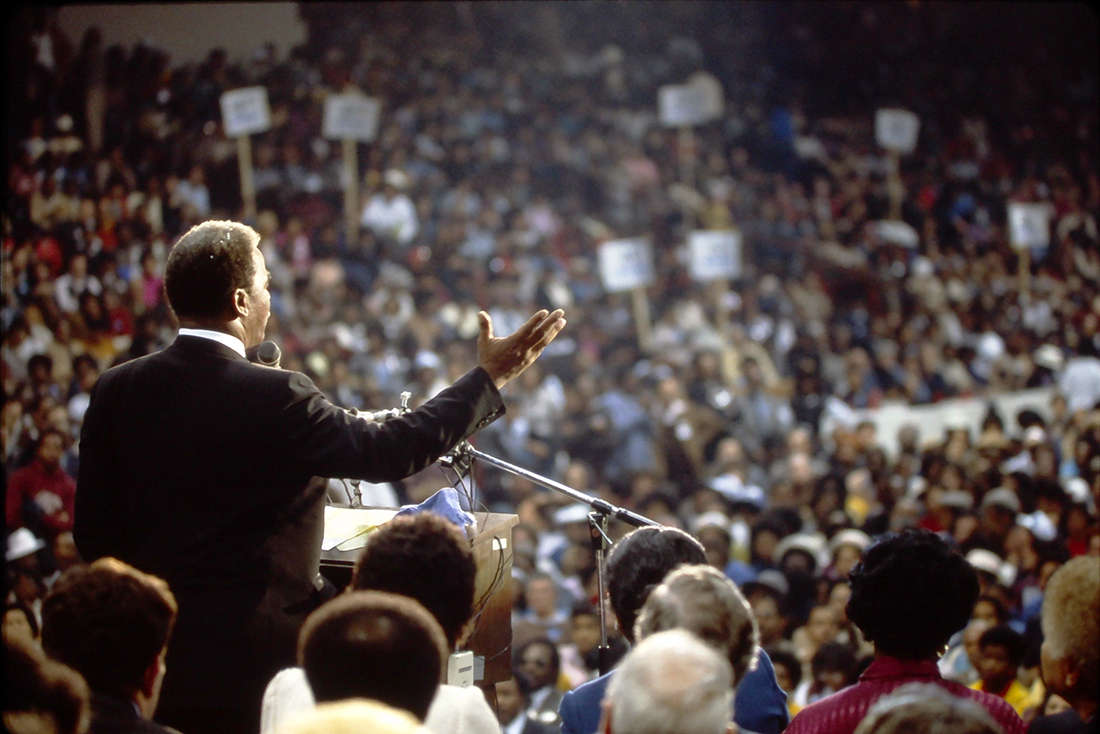 Gregg W. Morris can be reached at gregghc@comcast.net or gmorris@hunter.cuny.edu